Religion and the Courts: A Level Playing Field or Special Exemptions?

Religion and the Courts: A Level Playing Field or Special Exemptions? July 2, 2020 johnturner

Religious conservatives have been cheering some recent Supreme Court decisions and are feeling less cheery about others.

In Espinoza v. Montana Department of Revenue, the Court held that if states create scholarships for students attending private schools, it cannot exclude religious schools from such programs. Presumably the Court’s ruling would also apply to other forms of benefits, such as tax credits or vouchers.

The decision is a step toward a longtime goal: a more equal playing field between public, secular schools and private, religious schools. Parents who wish to send their children to religious schools often find it financially impossible. In many instances, they are already paying for the public schools in their localities through their taxes. If they elect to send their children to another school, they forgo that public benefit and incur an additional financial burden. As several of the justices in the Espinoza decision noted, prohibitions on the use of public funds for religious schools, commonly known as Blaine amendments, are rooted in the anti-Catholic bigotry of the nineteenth century. The fact that Catholic schools thrived in this country for many decades despite the legal handicap is a marvel.

Of course, states, counties, and towns do not have to funnel any forms of public assistance to private schools. If they choose to do so, however, Espinoza requires that they treat religious schools and other private schools equally. A level playing field.

A similar argument succeeded in another recent court case, this one at the district court level. Senior Judge Gary Sharpe of the Northern District of New York ruled that Governor Andrew Cuomo and New York City Mayor William De Blasio discriminated against religious institutions by imposing stricter regulations on religious services than for other venues. New York State had allowed offices, retail stores, and even salons and restaurants to open at 50% capacity, whereas churches were limited to 25% indoor capacity. Outdoor religious gatherings also faced particular limitations not applicable to other sorts of gatherings. (New York permits certain outdoor gatherings in the tens of thousands).

Why did New York authorities discriminate against religious gatherings? Primarily, one surmises, because religious gatherings often involve individuals in close proximity. Singing, the passing of the peace, and other religious rituals pose particular public health risks during a pandemic. However, New York authorities did themselves no legal favors by expressing disapprobation of certain religious groups and by describing religious gatherings as decidedly non-essential. Mayor De Blasio had harsh words for outdoor Hasidic mourners in late-April but, one month later, strongly supported mass protests in response to the murder of George Floyd. “That [the need for public protests] is not the same question,” the mayor defended his position, “as the … devout religious person who wants to go back to services.” Of course, for many Americans, religious gatherings are as essential as protests for racial justice, let alone haircuts and restaurants.

Interestingly, Sharpe’s decision is apparently at odds with a recent Supreme Court ruling, which upheld California’s rather similar restrictions on houses of worship. In that case, Chief Justice John Roberts – who authored the Espinoza decision referenced above – held that California’s restrictions treated religious institutions fairly: “Similar or more severe restrictions apply to comparable secular gatherings, including lectures, concerts, movie showings, spectator sports and theatrical performances, where large groups of people gather in close proximity for extended periods of time.” Perhaps if states crafted their restrictions more carefully and regulated gatherings on the basis of circumstances and behavior (instead of regulating religious gatherings as a separate category), they would be less likely to antagonize religious institutions and individuals and less likely to face successful court challenges.

What holds Justice Roberts’s decisions in both Espinoza and the California case together is the expectation of a level playing field, one in which governments treat religious institutions as they treat other institutions.

At the same, do religious institutions really want a level playing field? When it is in their legal self-interest. In other contexts, religious institutions have demanded and sometimes won exemptions from generally applicable laws. There is a very long history of such exemptions, dating back to relief for Quakers who refused to swear oaths and for religious objectors to military service. Tax exemptions for clergy are another example.

In fact, in some arenas religious institutions are very much afraid of the imposition of a more level playing field. One such example pertains to the employment rights of gay, lesbian, and transgender individuals. In the combined recent cases Altitude Express v. Zarda and R.G. & G.R. Harris Funeral Homes Inc. v. Equal Employment Opportunity Commission, the court held that on the basis of the 1964 Civil Rights Act, businesses cannot discriminate against employees who are gay, lesbian, or transgender.

In his decision, Justice Neal Gorsuch observed that “worried about how Title VII may intersect with religious liberties are nothing new; they even predate the statute’s passage.” Therefore, Congress included “an express statutory exception for religious organizations.” In a 2012 case (Hosana-Tabor Evangelical Lutheran Church and School v. EEOC), the court held that religious institutions have the right to select their own ministers and other leaders without circumscription by federal employment laws. Obviously, a Baptist church can fire a minister who decides that she now believes in infant baptism. But what about religious colleges, or hospitals, or bookstores? What about businesses owned by religious individuals? May they discriminate against their employees? Justice Gorsuch noted that religious freedom claims were not at stake in the cases decided in Altitude Express and Harris Funeral Homes. The Court will surely rule on them in the future.

My point here is not that religious conservatives are hypocritical in sometimes demanding equal treatment and in some instances demanding special treatment. Most institutions advance whatever argument helps them to win a given case; religious conservatives are hardly unique in this respect.a In some cases, leaning on the privileged place of religious freedom in the First Amendment is useful. In other cases, it is more effective to object to discrimination against religion. In the long run, however, it may prove impossible for religious institutions and individuals to demand a level legal playing field and simultaneously defend religious exemptions from generally applicable laws. 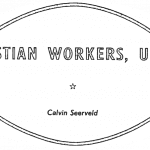 July 3, 2020 Fertility and Faith: The Demographic Revolution and the Transformation of World Religions
Recent Comments
0 | Leave a Comment
"Tamir Rice is dead because SBC-shitheads like you perpetuate Racism and Biblical SlaveryImagine a world ..."
AlabamaisChristianWhiteTrash Northern Baptists (Not Just the Southern ..."
"Baloney.That is like saying BLM is racist because it doesn't talk about White people enough.Or ..."
oneworlddude Cancelling Alice Walker?
"I will check that out.The religious and evangelical left, “Progressive Christians” and the rest of ..."
Dr_Grabowski Northern Baptists (Not Just the Southern ..."
"Christians are proud of finally, at least, attaining these tiny scraps of moral wisdom that ..."
swbarnes2 A Sinking Ship or Weathering the ..."
Browse Our Archives
get the latest from
Anxious Bench
Sign up for our newsletter
POPULAR AT PATHEOS Evangelical
1