Sometime around the year 1610, Portuguese slave traders seized a young girl, by tradition on the southwestern coast of India. Her name became Catarina. Sold in the Manila slave markets, she was brought to Mexico. After her death, Catarina was venerated as a saint, though never canonized.

Although many details of her life are uncertain, she is extremely well-known for an Asian slave in New Spain. Her confessors Alonso Ramos and José del Castillo ensured her remembrance through their hagiographies. I learned about Catarina through Tatiana Seijas’s remarkable Asian Slaves in Colonial Mexico, which explains how Asian slaves – known as chinos – gradually assumed an identity as free Indians. On occasion, I have encountered passing references about Filipinos and others being brought as slaves on the galleons that sailed from Manila to Mexico. As a percentage of the enslaved population of New Spain, Asian slaves were a small minority. Nevertheless, reading about Catarina provides a reminder of how complex and far-flung networks of both slavery and Christianity were at this time.

Catarina was most likely born somewhere in India. At around the age of nine, Portuguese men kidnapped her and other children while they were playing on the beach. Perhaps first taken to a nearby port, Catarina then was brought to Cochin. There she was baptized, either as part of an en masse forced baptism, or following instruction by Jesuit fathers. The former seems more likely to me. If there was pre-voyage instruction, it surely would have been brief.

Regardless, her baptism was a prelude to a horrifying voyage to Manila. Aboard the ship, she lived “in a corner below deck” and endured savage beatings. When the vessel anchored at ports along the way, slaves sought shelter in the most base circumstances on land. Things got worse in Manila. She also endured sexual abuse, perhaps including rape, at one point finding “herself naked, tied, and tormented with shame.” In order to protect his property, the merchant who purchased Catarina disguised her as a boy during the crossing.

The Manila Galleon typically took around five months to reach Mexico. Once there, she walked what was known as the China Road from the port of Acapulco to Mexico City and then to Puebla. She became the servant of Miguel de Sosa, a Portuguese man who lived in Puebla. She impressed Sosa and his wife with her faithfulness and piety, prompting Sosa to manumit her in his will. His testament gave Catarina two options. If she went to live in the convent of the Discalced Carmelites, she would receive 100 pesos toward her board. According to Seijas, the Carmelites would not have permitted a woman of dubious ancestry to take religious vows. The other option was to serve Sosa’s widow for two years and then gain her freedom.

After her manumission, Catarina continued to work as a domestic servant. In addition to her regular duties, she did piecework, earning enough money by sewing to free at least several other slaves, who were working in textile mills. In Ramos’s word, she became a “liberator.” Having gained her freedom, she freed others.

Among those she freed was her husband, Domingo Suárez. Apparently, her master had insisted that if she would or could not join a convent, she must marry. Catarina, however, had promised her virginity to Christ. She married Domingo Suárez on the condition that she could keep her vow. According to Castillo, Suárez at least once did not respect this agreement and tried to force himself on her. Catarina struggled against “a man with much desire to vanquish her.” Nevertheless, she earned enough money to free him. When he died, she finally became a nun.

According to Ramos, by the time Catarina died in 1688, she was so renowned for her piety that admirers during her funeral grabbed pieces of her clothing to keep as relics. People carried prints of her image. There were many reports of miracles. Catarina quickly became a “popular saint,” but the Inquisition banned her portrait in 1691. Inquisitorial officials disliked the fact that the people were taking the canonization process into their own hands. They also banned Ramos’s hagiography because of alleged embellishments of Catarina’s life and miracles, and possibly – according to Seijas – because they objected to his justification of her enslavement as a necessary evil that led to her conversion. By the time of her death, Spanish officials increasingly regarded all chinos as Indians, indigenous peoples who according to Spanish law were free.

There is so much to consider in the story of Catarina de San Juan, starting with the fact that during these centuries the same trans-Atlantic and trans-Pacific networks fostered colonization, slavery, and the global spread of Christianity. Americans are used to thinking about the trans-Atlantic slave trade; few have heard of the passages of enslaved peoples from places like Mozambique and India all the way to Mexico.

In the hagiographies of Catarina, there are windows into Spanish conceptions of race. Ramos, for instance, told a story that Catarina was once a beautiful “white” woman but then asked God to turn her ugly. Both her hair and her face grew darker; she became “a toasted China” and a “hazelnut-colored Indian.” Then on her deathbed, she assumed the perfect hue, no longer “Chinese-like, nor pale.”

The stiff resistance to her canonization also reveals a hierarchy struggling against popular forms of devotion. It is also noteworthy that that stiff resistance failed to stem that devotion, as testified by the legends of Catarina having created the China Poblana costume. Catarina remained beloved in Puebla.

Catarina also reminds me – a historian of religion in the United States – to cast my gaze farther afield as often as possible. Whatever we know about the history of Christianity is always such a tiny sliver of the whole. It is a perennial and humbling challenge. 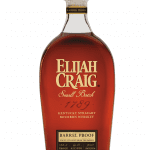 August 26, 2020
When Baptists Believed in the Bible—and Bourbon
Next Post