When Baptists Believed in the Bible—and Bourbon

When Baptists Believed in the Bible—and Bourbon August 26, 2020 David Swartz

Having lived in Kentucky for close to a decade now, I’ve found the commonwealth to be paradoxical. It’s located squarely in the Bible Belt. But it’s also the home to industries and practices—horse racing, tobacco, gambling, feuding, hemp, and bourbon—long looked upon by conservative Christians as sinful.

As Jesse Stuart put it in his 1938 novel Beyond Dark Hills:

Tobacco fields—Kentucky tobacco fields and Sunday School and God. My mind is in a muddle. Man has to raise the wicked plant for a living. God doesn’t want him to do it. It is a plant of the Devil. Yet what better does God offer among the hills? The timber is disappearing. The moonshine still has been partly closed. The corn and cane sell for low prices. Where is the money? Man has to live. The crows fly over the tobacco fields but they do not alight. They go flapping in the bright air and cawing. They are going to the cornfields. Crows don’t like tobacco. Man likes tobacco. Crows like corn.

No Kentuckian better symbolizes the integration of bourbon and the Bible than Elijah Craig (1738-1808). Born before the American Revolution, Craig was a Baptist preacher in Fredericksburg, Virginia, when the colony was still under the jurisdiction of the Church of England. Considered leaders of a heretical sect, about half of Baptist preachers in this era were thrown into jail for preaching without a government license. As believers in believers’ baptism, some Baptists were targeted for prison terms, beatings, stonings, and dunkings in water that nearly resulted in drownings. This last method of persecution was a favorite of Virginia Anglicans, who accused parents who did not baptize their infants of being child abusers.

Craig tried to fight back. Though he was jailed twice for preaching without the proper Virginia license, he continued to serve as pastor of Blue Run Church near Barboursville. He even worked with James Madison and Patrick Henry to write guarantees for religious freedom into state and federal documents.

But it was slow going, and by the early 1780s many Baptists had had enough of Anglican persecution. Craig and his two brothers, Lewis and Joseph, helped organize several Baptist congregations to migrate west. In 1781 over 600 people—200 church members (including Lewis and Joseph, but not Craig, who came several years later) and 400 others—crossed the Cumberland Gap to Central Kentucky. They were called the “Traveling Church,” and they understood themselves as rehearsing the exodus of the Israelites from Egypt.

The allusion made sense on many levels. First, the group included church members, children, the elderly, slaves, and free blacks. In Virginia they had preached to mixed churches of free men and slaves. Many Baptists even encouraged plantation owners to free their slaves, and sometimes this actually happened. Like Moses, the Traveling Church demanded that oppressors “Let my people go!”

The reference to the exodus also spoke to the hardship of the journey. If the group was buoyed by news of the British surrender at Yorktown, this joy was mitigated by the threat of Indians. The Traveling Church was so anxious that they camped at Abingdon, Virginia, until the Indians left for the winter. Once the Church began traveling again, it encountered severe weather on a rudimentary trail that demanded single-file marching over treacherous terrain. Moreover, their bread and flour molded on the journey as they limped toward Boonesborough, located near present-day Lexington, Kentucky.

Intriguingly, Craig didn’t just bring religion to the Bluegrass. He also brought a still.  A prominent entrepreneur who established Kentucky’s first paper mill, he was one of the first distillers to make bourbon, a corn-based whiskey distinguished from the rye-based whiskey made in the East. He also used charred oak barrels to age it. Some historians say bourbon was inspired by an accidental barn fire at Craig’s brand-new distillery. Lovers of the spirit, who wax eloquent about its deep, pleasantly smoky, caramelly flavors, say it was the product of divine inspiration. 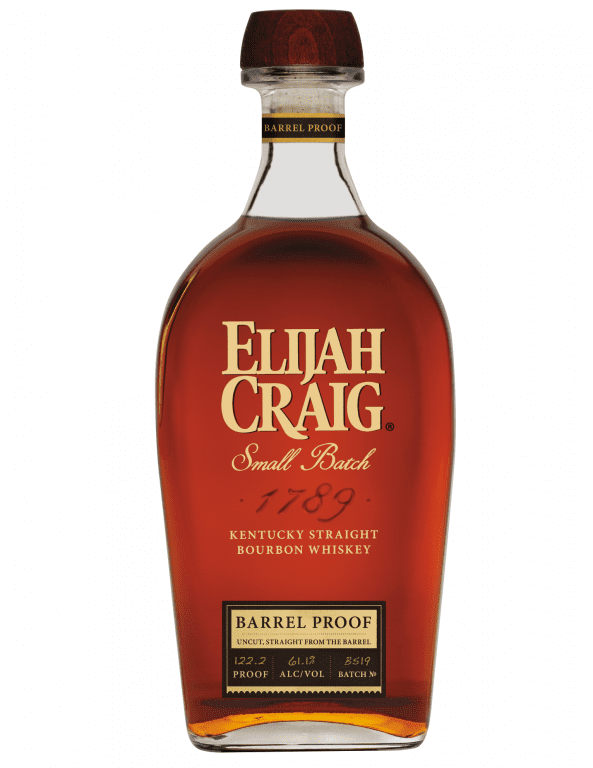 How did Craig justify his production of alcohol? Well, he didn’t. It was just part of the air he breathed. In an era in which water was not safe, alcohol did not carry a stigma, even among Baptists. Churches in frontier Kentucky sometimes even paid their preachers in bourbon, which was more plentiful than cash.

This practice, however, didn’t last. Baptist records in some of the churches Craig led show that members, in addition to accusing fellow members of lying, dancing, and fornication with slaves, charged each other with intoxication. Indeed, the social ramifications of drinking too much bourbon became clearer as the nineteenth century wore on. Scholars say that the average adult man downed half a pint of liquor a day on the American frontier, and stories multiplied of drunken husbands abusing their wives and neglecting their children.

And so in the nineteenth century, Baptists and other Christian denominations pivoted and launched a social reform movement that included temperance. The Woman’s Christian Temperance Movement, organized in southern Ohio, sought to create a “sober and pure world” through abstinence. Carrie Nation, one of its members and a native of Garrard County in the Bluegrass of Kentucky, became a fiery opponent of alcohol when she began launching “hatchetations.” She would march into a bar, often accompanied by hymn-singing women, to sing, pray, and smash bar fixtures and bottles with her hatchet.

Culminating in Prohibition, anti-liquor Christians won the intramural debate so completely that the Baptist role in the invention of bourbon has been forgotten. 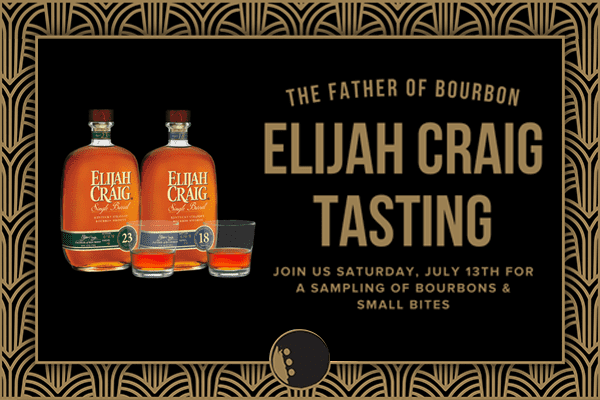 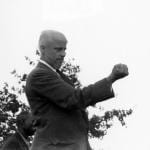