For a current project, I am trying to identify three forms of political secularism that arose on the European Continent in the nineteenth century after the French Revolution and explore their consequences in the twentieth century. The first I call passive secularism, which is basically the type of secularism secured by US First Amendment (1791)—the modèle américain–and in Europe in the Belgian Constitution of 1831. In it, the federal government assumes a largely passive stance toward religious communities, allowing them to “do their thing” without too much governmental regulation or involvement. The second version is combative secularism. It is closely associated with the anticlerical stages of the French Revolution and the post-revolutionary “Voltarian bourgeoisie”; it defined itself throughout the nineteenth century in aggressive counterpoint to Catholic ultramontanism and reaction. Finally, there is eliminationist secularism. This was the solution of the Far Left to the religio-political dilemma facing Europe after the Revolution; it is largely associated with Karl Marx and his allies and fellow travels. In the twentieth century, as interpreted by Lenin, it turned toward violence. I have been working on this version lately; here is what I have so far:

Finally, eliminationist secularism was a solution shaped by Europe’s Far Left–by Ludwig Feuerbach, Marx and Engels, Pierre Proudhon, and Mikhail Bakunin, and endorsed by other communist intellectuals, anarchists, syndicalists, and some socialist cells and political parties. “The first duty of a free and intelligent mind,” Proudhon had written, “is to chase the idea of God out of his mind incessantly.” Despite the well-known phrase of religion serving as “the opiate of the masses” (Opium des Volkes), Marx wrote little on religion per se, concentrating on political and economic matters. But its place in his (and Engel’s) thought is crucial and influential. In brief, Marx felt that religious belief was a species of “false consciousness,” a compensatory delusion resting on unjust social conditions and a major source of human alienation (Entfremdung). Once the proletarian revolution overcame these conditions, religion would simply be eliminated, becoming a curious relic of humanity’s pre-socialist past. Implied in this view, however, is a major problem for a Marxist regime if religion fails to follows its Marxist script and even acts as a brake on the historical process. And what, too, if the paradise-on-earth promised by dialectal materialism falls woefully short? This reality confronted many socialist regimes in the twentieth century: the persistence of religion—with its putatively seductive backwardness–became therefore a colossal embarrassment, a worrisome sign of the failure of theory. To save appearances, socialist regimes resorted to extensive measures in the Soviet era to stifle and persecute recalcitrantly religious elements in society. What Lenin and Stalin began in the 1920s and 1930s, dictators like China’s Mao Zedong and Albania’s Enver Hoxha, among others, continued during Cold War.

***
The study of secularism—or, more properly, secularisms—has taken off in recent years and has produced much interesting scholarship. For an entry point into the literature, I recommend Phil Zuckerman and John R. Shook, eds., The Oxford Handbook of Secularism (Oxford University Press, 2017). 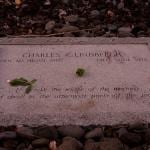 September 8, 2020 Adventures in Religious Biography Writing
Recent Comments
0 | Leave a Comment
"Paul wrote at the end of Romans to avoid those who cause divisions over non-essential ..."
Roger McKinney Will Reformed Evangelicalism Divide Over Racial ..."
"It appears that God was not finished with Lindbergh, at least at the point where ..."
stefanstackhouse The Conversion That Never Happened
"Everyone really should read the David French article referenced above. https://frenchpress.thedisp..."
Rod Bristol Survival and Resistance in Evangelical America
""as Black Lives Matter protests turned into riots"For shame. Some few BLM protests turned into ..."
guerillasurgeon Survival and Resistance in Evangelical America
Browse Our Archives
get the latest from
Anxious Bench
Sign up for our newsletter
POPULAR AT PATHEOS Evangelical
1