Today we welcome Amar D. Peterman to The Anxious Bench. Amar is a graduate student at Princeton Theological Seminary, focusing his studies on American religious history. He is a featured writer at Ideos and his research has been published in Sojourners, Faithfully Magazine, Fathom, and more. Amar also holds a B.A. in Theology from Moody Bible Institute. You can follow his work on his website or on Twitter: @amarpeterman

However, many of these histories have ignored the broader vision of American evangelicalism located outside of the white evangelical schema and the history of the self-proclaimed “moral majority.”

In a recent essay in The Atlantic, former evangelical Peter Wehner argued white evangelicals made a “bad bargain” on the Trump presidency. As a result, Wehner writes, evangelicals must turn back towards their roots of following Jesus with moral integrity. Peter Choi places Wehner’s piece in a growing genre of optimistic pieces urging evangelicals to “be better.” Wehner is joined in this genre by well- known evangelicals like Tim Keller, Russell Moore, and recently John Piper, who believe evangelicals have lost their way in the world of whiteness and have compromised their values in favor of Donald Trump. Choi summarizes this collective evangelical thought in this way: “If evangelicalism has been hit with a virus, it seems we are rounding the corner.”

However, Choi believes that evangelicals are not rounding the corner. Like Kristin Du Mez’ widely popular Jesus and John Wayne, Choi argues that Trumpism and Christian Nationalism are not a virus to survive, but the culmination of an American evangelical history. Choi writes, “What these [evangelical] histories teach us is that white evangelicals in today’s America are inheritors of a faith decried for its chauvinism and hypocrisy from its inception…Too many white evangelicals act as if this history doesn’t exist.

In many ways, I agree with Choi’s argument and assessment. As an evangelical, I have witnessed first-hand how systems and structures of whiteness are embedded in American evangelicalism. Further, Choi is correct in acknowledging that too many evangelicals refuse to recognize and repent of a history marked by oppression and injustice. Yes, there are certainly evangelicals standing on this corner with a finger on their chin, collectively wondering if they should peek around the wall and see what is on the other side.

Yet, I believe Choi, Wehner, and many others short-change their own perception by their exclusive focus on the evangelicals standing on this metaphorical “corner.” Instead of focusing on these reluctant white evangelicals, we must look beyond those standing on the corner and see the larger practice of American evangelicalism today.

To be clear, this isn’t to say we should stop analyzing white evangelicalism, or no longer call out Trumpism and nationalism where we see it. Rather, I believe we must remain active in decentering whiteness, even in our study of Evangelicalism. In other words, the colonial project of white supremacy continues when historians exclusively focus on a white majority and allow the privileged and powerful to define the whole of the evangelical tradition.

A white-centric history places all evangelicals on this metaphorical corner and ignores entire communities of evangelicals who are busy serving in their communities and loving their neighbors. It overlooks the work and faithful practice of marginalized and minoritized communities who have little to do with Jerry Falwell, Pat Robertson, Duck Dynasty, and the like. Attention to these minoritized expressions, then, challenges the belief that evangelicalism is a white religious movement. Any broad definition of American evangelicalism must take this into account.

It is important to note how polls and surveys contribute to our understanding and definition of American evangelicalism. However, the Center for Religion and Civic Culture (CRCC) has drawn attention to the inaccuracy of polling data, noting most polls place non-white “evangelicals” into other categories such as “Black protestant,” while placing white Christians solely in the evangelical demographic. Said another way, “evangelical” becomes the placeholder for “conservative white protestant.” While there are certainly large non-white evangelical communities, the polling data lacks.  The implications, both historically and in our modern-day, are vast. As the CRCC concludes: “This taxonomy masks the racial and ethnic diversity within evangelicalism, and also obscures the ways that different racial or ethnic groups within evangelicalism interpret their faith and seek to live it out in the world.”

With this in mind, broadening our vision of American evangelicalism begins with ignoring the persecution-redemption narrative written by an “elite cadre of mostly white men” who turn evangelicalism into a Miracle on Ice comeback story. Instead, we must listen to the growing voices of young evangelical preachers who are bringing the thought of James Baldwin to Gustavo Gutiérrez into the pulpit. We should listen to evangelical students advocating for the religious freedom of all Americans and bringing together evangelicals and Muslims around a shared meal. We should notice evangelicals fighting for social justice and climate change. These are not simply “faculty lounge” evangelicals, but rather young Christian’s intentionally bringing their tradition into the public square. This overlooked, steady work of young evangelicals often will not make the headlines, but make no mistake: these churches are influencing local communities around the nation.

Finally, we must notice a common theme in this reframing project: young evangelicals. While many have discounted evangelicalism, or have grown tired of attempting to reform the tradition, young evangelicals across the nation are studying and reckoning with this history in order to educate white evangelicals in a history many were never taught. They are not insisting the evangelical tradition or its theological commitments are superior or free from blemish, but rather they believe these commitments to the authority of the Bible, person of Jesus, and need for conversion are still good emphases.

Rather than conserving what little social clout they have, young evangelicals are embracing the vulnerable space of being a minority tradition — no longer a political tour de force of American politics, but rather a tradition defined by love and hospitality. Inwardly, these young evangelicals are calling out the hypocrisy in evangelical leadership, holding evangelical institutions accountable, rejecting Christian nationalism, and boldly defying party lines.

These young Christians, many of which are students, seminarians, and recent graduates, are leading organizations, teaching in Christian colleges and seminaries, and pastoring churches. As they grow in influence and platform, I have hope that we will see American evangelicalism move away from Choi’s “corner” altogether, and instead choose to embrace a global, multi-ethnic faith tradition. Yes, there is much to critique within the evangelical tradition, but I am encouraged by my peers who are reckoning with and repenting of our history in order to open evangelicals to the new possibilities of tomorrow, rather than the nostalgia of yesterday.

About Amar Peterman
Amar D. Peterman is a graduate student at Princeton Theological Seminary, focusing his studies on American religious history. He is a featured writer at Ideos and his research has been published in Sojourners, Faithfully Magazine, Fathom, and more. Amar also holds a B.A. in Theology from Moody Bible Institute. You can read more about the author here.
Previous Post

November 13, 2020
Then Shall Religion To America Flee
Next Post 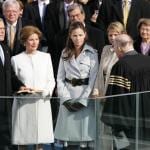 November 17, 2020 Should Evangelicals Fast from Politics?
Recent Comments
0 | Leave a Comment
Browse Our Archives
get the latest updates from
Anxious Bench
and the Patheos
Evangelical
Channel
POPULAR AT PATHEOS Evangelical
1