Through the years, I have often taught courses on Christian history, and I have always tried to give fair coverage to different churches and denominations, and to different parts of the world. Have I succeeded in that? Probably not, despite sincere efforts. But a quick numerical exercise suggests just how far I fell, and fall, short. And I suspect I am not the only one.

I am presently working on a particular Bible text, namely Psalm 91, and how it was read in different eras and societies. But the more I explore the story, the more aware I am that I am often offering a Protestant reading that is very unrepresentative of the larger world. Historically, Protestants know one version, which is derived from the Hebrew, and they called it Psalm 91. Until quite recent times, Catholics have used the Vulgate Latin, which differs substantially – even fundamentally – on many points of word choice and meaning in that psalm. Catholics even called it something different, counting it as Psalm 90, not 91. The same was true of Orthodox Christians, who relied on the Septuagint Greek, and translations from that. Protestants were significantly more likely than Catholics actually to have read their Bibles personally, but all Christians had heard the texts in their churches, and encountered them through sermons or liturgy.

In itself, that example is trivial – who cares if it’s 90 or 91? –  but it points to a much larger issue. When we talk about Christian history, or how “Christians” thought about something, including the Bible, which particular lot of Christians are we talking about? What are the numbers?

When we tell the story of modern Christianity – say, post-1500 or so –  we naturally pay great attention to the history of the Reformation, and then to the subsequent history of Protestant nations and cultures. Partly, that is because so many of the historians were based in Germany, Britain, the US, and other great Protestant-dominated nations, and that decides what books and resources are available. But of course Catholics remained very strong as a component of the Christian world, and their presence grew substantially in the seventeenth and eighteenth centuries with the expansion of Catholic empires overseas.

A reasonable estimate suggests that in 1900, there were some 560 million Christians around the world, accepting broad and nominal definitions for “Christian.” Protestants and Anglicans combined represented around a quarter of the world’s Christian population, Catholics a half, and Orthodox just over twenty percent. Add a few percent for miscellaneous Oriental “Others.” In the case of the present psalm, then, some three quarters of the world’s Christians knew it in versions very different form that familiar Protestant translation.

That’s in 1900. But take that picture back a bit in time to a point when our figures are still more shadowy. What we can say is that the 1900 statistics I mentioned above are measuring a world built by the Industrial Revolution, after the explosive growth of populations that had transformed mainly Protestant nations like Britain, Germany, and the US. Each of these societies had grown enormously in absolute terms over the previous century, but also in their relative position in a demographic league table. As late as 1800, the Protestant English were painfully aware how badly they were outnumbered by the Catholic French, a situation that changed utterly during the nineteenth century.

So what would the Protestant share of the world’s Christian population have been in 1700 or 1750, say? Fifteen percent? Less? Certainly well below a quarter.

Think through the implications of that. So when I teach a Christian history course, I suppose I should ideally ensure that at least half the attention always goes to Catholics, and that Protestants and Orthodox should be jogging together for a distant second place. And when we talk about the history of the Bible in the Early Modern period, it does help to remember that the dominant translation throughout that era in terms of potential consumers was always the Vulgate, as well as church-approved translations of it like the Douay-Rheims, which relied so heavily on those Latin words and structures. That actually remained true well into the twentieth century. Not until 1943 did a Papal Encyclical allow vernacular Bible translations that were not based directly on the Vulgate. I say again, that’s 1943.

Here is another example. If we teach about Medieval Christianity, then we would certainly cover topics like monasticism, religious orders, and celibacy. But viewed globally, all those themes were quite as central to the Christian experience in 1750 (or 1850) as they had been in 1350, and they still affected a very large share of the Christian world. There were still a great many monks, nuns, and friars, and clerical celibacy was a commonplace reality, although Catholics and Orthodox practiced it differently.

If we tell the story of Christian missions in Africa and Asia and start only with Protestant ventures in India, we are missing the vast Catholic activity through the previous two centuries. Ask the Jesuits about what they were up to between 1550 and 1750 or so: been there, evangelized that.

If you are teaching a course on “modern Christianity,” say over the last 500 years or so, you pretty much have to give a lot of attention to the Virgin Mary and the devotions she has attracted, with all the reputed visions and miracles. Actually, that is true of any period of Christian history, including the nineteenth and twentieth centuries. Is that a provocative comment? It certainly demands a “(Discuss)” following it. Looking at Global South churches today, maybe the great age of Marian devotion is yet to come.

In a United States where the three largest states include Texas, California, and Florida, will the nation’s substantial and growing Latin presence reshape how we narrate the nation’s Christian foundations? By 2050, a quarter of Americans will claim Latin roots. Will they be curious about just where names like San Francisco and Los Angeles actually come from? Some might think back to the memorable year of 1776, and the foundation of Misión San Francisco de Asís. (Yes, I know, Mark Noll does a terrific job on covering North America’s various faith traditions, but he is Mark Noll, and cannot be cloned).

Feasibly, will I be offering such fully balanced teaching? Probably not, not least because the available books on Orthodoxy are so much harder to come by. But those numbers do provide a kind of reality check. Or if we are going to teach the history of European Protestants alone, (or worse, even just English-speaking Protestants), let’s not claim that we are teaching a real history of Christianity. There’s such a thing as truth in advertising. 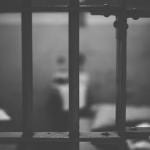 February 18, 2021
Discipline and Punish: A Guide to Power in American Evangelicalism
Next Post

February 22, 2021 An Obscure Centenary
Recent Comments
0 | Leave a Comment
"Thank you for the insights. As you pointed out, technology has been a two edged ..."
the old scribe Is Religion Naturally Averse to Technology?
"I suppose the question is whether or not the Holy Spirit could use technology to ..."
Nimblewill Is Religion Naturally Averse to Technology?
"What a great post, Allie! Insightful and eloquent."
Ansley Every Day People in Every Day ..."
"Impressive article. Provides the necessary perspective for entering into an informed discussion about the science/religion ..."
the old scribe Science, Religion, and Nineteenth Century Protestantism
Browse Our Archives
Related posts from Anxious Bench