We are pleased to welcome Peter J. Thuesen to the Anxious Bench. Thuesen is Professor of Religious Studies at IUPUI. He’s the author of several wide-ranging books about the history of religion in the United States, including In Discordance with the Scriptures: American Protestant Battles over Translating the Bible and Predestination: The American Career of a Contentious Doctrine. His most recent book, Tornado God: American Religion and Violent Weather, won Christianity Today’s 2021 award for best book in History/Biography. We discuss it here.

Why write a book about religion and tornadoes?

My interest in the topic was both personal and scholarly.  On a personal level, I’ve been fascinated by the

weather, and especially tornadoes, since I was a kid.  We didn’t get a lot of tornadoes in western North Carolina, where I grew up, but every summer my family took a road trip to visit relatives in Iowa, which is where I first heard a tornado siren.  One of my earliest memories is of being in my grandparents’ house when the siren went off at night and we had to take refuge in the basement.  I was scared and intrigued at the same time.

After I became a historian, I realized that the connection between the weather and religion is as old as humanity itself.  In ancient times, people attributed severe weather to the wrath of storm gods.  We see this across the world’s religious cultures.  Yahweh, the God of Israel, has many of the characteristics of a storm god who uses the weather to vanquish his rivals.  Meteorological images are the Bible’s go-to way of depicting absolute divine power.  In early modern times, Enlightenment thinkers mocked belief in the storm god and predicted it would pass away as humans became more scientifically and theologically sophisticated.  But in America, this Enlightenment hubris came face-to-face with the tornado, the most violent storm on the planet.

The United States gets more violent tornadoes than anywhere else on earth, so in that sense the tornado is a peculiarly American twist on meteorological religion.  But as I argue in the book, the American encounter with the tornado also taps into something primal and transcendent in humans’ relationship to nature.

Tornado God is a sobering book, and you don’t sugarcoat the terror that these storms produce. People, including children, are decapitated, impaled, and tossed around like dolls. Why did you include so much grisly detail?

In popular media, tornado-chasing is often glamorized, so it’s easy to forget how dangerous and destructive these storms are.  I wanted to convey the very real suffering that victims endure.  I also wanted to show that deadly tornadoes confront their victims with the starkest problems in theology.  How does a religious person come to terms with a storm that rips a child from his mother’s arms or turns a quiet town into a killing field?  I can’t claim to fully understand a survivor’s pain, but we have to see the effects of nature’s violence before we can even begin to appreciate how life-changing tornadoes are for their victims.

Issues of race stood out to me as I read Tornado God. White observers might comment that it was a providence of God that “only” “a Negro” was killed in a storm. Tragedies were clearly more tragic to such observers when white people were killed, especially white people in church. On some occasions, though, natural disasters prompted American to transcend ordinary divisions of race and religion. How did you reflect on the issue of race while writing the book?

Race is the most intractable social problem in American history and has colored even Americans’ relationship to severe weather.  I think of the title of the recent edited volume by Grace Yukich and Penny Edgell, Religion Is Raced, and one could say the same thing about the weather.  In the nineteenth century, the racism was blatant, as when white Southerners didn’t even bother to count black tornado victims.  The great Natchez, Mississippi, tornado of 1840 was undoubtedly an even deadlier disaster than we realize because of the non-counting of enslaved people on local plantations.  In our own time, the racism has been more insidious but no less destructive.  Hurricane Katrina is the most obvious example, but there’s a longer history of racial disparities in disaster response.  Disaster mitigation also has tended to favor the affluent, and race is often an element in this.

It’s true, as you say, that disasters have sometimes prompted Americans to transcend racial differences.  This occurs most frequently in the immediate aftermath of a catastrophe.  But this “post-disaster utopia,” as the psychoanalyst Martha Wolfenstein dubbed it, is all too often short-lived.  One of the things I realized in working on the book is that mitigating weather disasters is a deeply structural problem, just like racism.

The theme of race is central when you talk about Ellen Burnett Jefferson.  Who was she, and how did you discover her story?

Ellen Burnett Jefferson was a 22-year-old black domestic laborer who in 1903 predicted that God was about to send a tornado to destroy Pine Bluff, Arkansas.  I first ran across her story by accident in searching old newspapers for tornado accounts.  I soon realized that she had been something of a national sensation after her story was picked up by the New York Times and other papers.  Like William Miller, who predicted the world would end in 1843, Jefferson was a failed prophet.  The prophesied tornado never materialized, but not before thousands of black residents had fled Pine Bluff.  White observers cited it as an example of “Negro” gullibility and superstition.  For her part, Jefferson continued to maintain that she was simply announcing what God had told her.  To me, she’s a particularly poignant example of how the weather has continually eluded Americans’ grasp.

The theologian Reinhold Niebuhr plays a significant role in Tornado God. You share that he was the mentor of your graduate advisor, John F. Wilson. And you cite Niebuhr in the closing words of your book. What does Niebuhr have to say to tornado-inspired discussions of providence and theodicy?

Niebuhr’s reflections on the human relationship to nature have a poetic power, and his Midwestern upbringing shaped his outlook.  He was three years old and living just outside of St. Louis when the tornado of 1896 devastated much of that city.  Later in his childhood, after his family moved to central Illinois, he remembered running into the barn with his brother to take cover from the thunderstorms that would roll across the prairie.  At times like this, he recalled the verse he had memorized in confirmation class, Psalm 91:10 (“There shall no evil befall thee”).  But later, as a theologian, he came to realize that this verse expressed an “illusion” that often tempts people of faith—that a child of God will be accorded special protection from the forces of the natural world.  Nature, Niebuhr said, is “nonmoral,” as Jesus revealed in the Sermon on the Mount when he said that the rain falls on the just and the unjust.  If we think we can draw simple moral lessons from natural events, we’ll inevitably be frustrated because nature doesn’t conform to human rationality.

You stood next to survivors of some terrible disasters and talked with them. How did those experiences shape your research and reflection?

Most of my research for the book was in newspapers and other texts, but I also had some memorable face-to-face encounters.  One was when I interviewed Howard Bluestein, a leading tornado scientist at the University of Oklahoma.  He was so interesting and gracious that I could have gone on with my questions all day.  But the experience that was the most emotionally affecting was when I joined a group of survivors in Elkhart County, Indiana, on the fiftieth anniversary of the Palm Sunday tornado outbreak of 1965.  The commemoration was held in an empty lot where a family’s house once stood.  That family was so traumatized by death and injury that the survivors still avoid talking about the tornado, even a half century on.  I remember feeling a lump in my throat as the names of Elkhart County’s 48 dead were read at the gathering.  It was for me a small window into the agonizing mystery that haunts survivors.  It made me realize that theologians can spin out complicated theories of providence till kingdom come, but in the end, we’re still left with the mystery.

Thank you for the conversation, Peter.

Thank you, John, for inviting me to speak with you on the Anxious Bench. 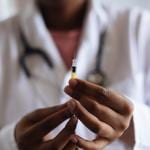 February 5, 2021 Has the Virus Crisis Strengthened Americans' Faith?
Recent Comments
0 | Leave a Comment
"Impossible to read the entire article due to the unending pop-ups, but I like what ..."
Ann A. Jones The Cost of Staying Silent
"I agree that the theological debate is in "gridlock." It would be a major leap ..."
NorrinRadd The Evangelical Baptists Who Made “Biblical ..."
"Denny addresses those questions in his article.What he does not do is deal with the ..."
NorrinRadd It’s A Small, Small (Complementarian) World
"The only pertinent issue here is whether Baptists truly believe in the so-called "priesthood of ..."
Gussie FinkNottle The Evangelical Baptists Who Made “Biblical ..."
Browse Our Archives
get the latest from
Anxious Bench
Sign up for our newsletter
POPULAR AT PATHEOS Evangelical
1