Finding Your Roots: The Poignant Power of Genealogy

It may seem anachronistic in a streaming age, but most Tuesday nights at 7pm Central time you’ll find me tuned in to our local PBS station. Each episode of Finding Your Roots (76 so far, across seven seasons) features two or three celebrities being taken on a tour of their family tree by the ubiquitous Harvard scholar Henry Louis Gates Jr. (who also found the time to produce a terrific PBS series on The Black Church). You wouldn’t think that genealogy could make for such compelling television, but FYR rarely fails to surprise, challenge, and move me — or to remind me of the power of historical research.

The newest season opened with actress Glenn Close, a fellow graduate of the College of William and Mary. In fact, one of the residence halls at our mutual alma mater shares a name with one of Close’s Virginia ancestors: her great-great-grandfather Thomas Taliaferro (b. 1816). As often happens on FYR, Gates tells his guest something about her ancestor that Close didn’t know: in 1860, Thomas Taliaferro owned nine enslaved people, listed on a U.S. Census “slave schedule” with their gender and age, but no names. (Taliaferro Hall, by the way, is named after someone else: a W&M alum-turned-Confederate general who counted over 40 people as his property.) Indeed, it turns out that Close’s ancestor not only owned other human beings, but served on a “committee of vigilance” that terrorized local abolitionists in the years before the Civil War.

(This kind of revelation is not uncommon for white guests on Finding Your Roots. Close shares her episode with director John Waters, who also learned that he has enslavers in his family tree. The show was temporarily suspended in 2015 after it came to light that actor-director Ben Affleck had succeeded in having information about one of his slave-owning ancestors edited out of the broadcast. That episode has since been removed.)

“What’s it like to see this?”, Gates asks Close. “It makes me feel a sense of shame,” she immediately answers, then later adds, “In a weird, horrible way, it also makes me part of the history of white America, a history that I find abhorrent.”

As the Taliaferro family tree reaches back to England, Close experiences other feelings. Looking at the 1626 baptismal record of her seventh-great-grandfather, she is clearly overcome and struggles not to cry. It’s exactly how I remember feeling when I found the same kind of record for my great-great-grandfather Peterson (born in Sweden in 1850), who emigrated to the United States almost exactly a century before I was born.

But amid the rush of emotions that comes with coming face to face with something like the start of her own story, Close has the empathy to recognize something else: “Do you know what first comes to my mind? That the people whom my ancestors owned didn’t have that luxury of knowing their lineage.”

“That’s right,” Gates nods. “We can’t do this for any Black person whose white ancestor we haven’t identified.” 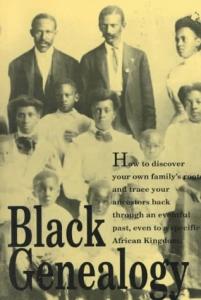 In 1977 historian Charles Blockson opened his book on Black Genealogy with a poignant question from a young Frederick Douglass: “Why can’t I know my birthday?” While Blockson “was born a free man, over a hundred years later, I have to admit I too hung my head in shame because some of my white friends could trace their families back to William the Conqueror. I probably wasn’t the only black who wished he could do that.”

Black Genealogy first came out the same year that the Afro-American Historical and Genealogical Society was founded — the same year that the TV version of Alex Haley’s Roots captivated millions of viewers. But despite the surge of interest among African Americans in their genealogy, Blockson warned that “any researcher tracing a black family tree is faced with distinct and unique problems that he just doesn’t have to consider when tracing a white family’s ancestry.”

Not only have some records of the African American experience disappeared — all historical evidence, after all, is ephemeral — but what little was preserved was kept out of the hands of African Americans for decades. Writing in 1977, Blockson could still complain that the Church of Jesus Christ of Latter-day Saints was denying Black Americans access to “the most extensive genealogical collection in the country.”

The LDS-run FamilySearch.org now points African American researchers to pre-emancipation documents like deeds, will and probate records, and plantation papers. But even where America’s peculiar institution did leave behind documentary evidence, the historical record remains frustratingly incomplete. Think of the names missing from the Taliaferro census schedules, or consider Blockson’s lament that, “slavery, the bond we share, set up its own system of hurdles—such as the forced illiteracy of most slaves. Although court, military, and other records can help establish some of the basic data on an illiterate ancestor, the lack of his own written clues make it especially difficult to fill in the more human aspects of his life.”

Of course, not all African Americans were enslaved before the 1860s. Last week PBS reran the season 6 episode in which rapper Queen Latifah and actor Jeffrey Wright both discover that they descend from free Black men and women whose lives are relatively well-documented. But it comes as a surprise to both. “Wow… thank you, Lord… I feel this physically here,” Latifah exclaims, pointing to her heart. She adds later, “When I tell my family members this, this is going to be mindblowing.”

But for most African Americans, researching family history before 1860 still presents multiple challenges. As Gates explains in the Latifah/Wright episode, the general lack of genealogical evidence “is a byproduct of the very design of the institution of slavery, which sought systematically to obliterate the humanity of Black people, stripping them of their names and their family ties, a fact that can be painful to contemplate.”

And even if the wrenching experience of looking for human beings amid property records leads to the discovery of an enslaved ancestor, one is still left with Blockson’s final problem:

If you’re lucky enough to trace that slave [ancestor] back to the dock, finding the ship that transported him from Africa is an even greater problem. And the final steps—tracing that ship back to the African coastal slave factories and their barracoons (large corrals where blacks were kept like so many cattle) and from there to a particular African country and one of hundreds of tribes—are the hardest of all.

“Until an hour ago,” says musician Ahmir Khalib Thompson, “I didn’t know who I was.” Better known as Questlove, leader of the hip hop group The Roots, he had just experienced a particularly amazing sequence of genealogical revelations.

It started with Questlove turning the page in the book that Gates hands each guest, and reading an 1860 newspaper article announcing the arrival of “a cargo of African Negroes” — including his great-great-great-grandparents, Charles and Maggie Lewis. “I’m frozen,” exclaimed the stunned Questlove.

But that’s just the start of the story. What makes it especially noteworthy is that the ship in question was the Clotilda, the last known to carry Africans into American captivity.

Over half a century after the U.S. Congress joined the British Parliament in banning the trans-Atlantic slave trade, not only did internal trafficking continue, but smugglers attempted to evade the naval squadrons patrolling the ocean. In this last pre-Civil War case, a slave trader named Timothy Meaher bet that he could successfully defy the ban. He sent the Clotilda to the coast of West Africa, where its captain, William Foster, went to the king of Dahomey (present-day Benin) and was shown “four thousand captives in a state of nudity, from which they gave me liberty to select one hundred and twenty-five as mine.” From there, the Clotilda traveled to Mobile, Alabama.

Emancipated a few years later, these last survivors of the Middle Passage wound up farming land not far from the harbor where they first arrived in the United States, in a settlement called Africatown. As Questlove’s story reaches its culmination, he sees, for the first time in his life, a photo of his African third-great-grandfather, preserved by his distant cousins. “The eyes are the same,” he realizes.

I hope this story would move anyone watching it, but I particularly wanted to share it with students in our department’s gateway course. While most of what we do in Introduction to History is to introduce an academic discipline, I set aside every Friday morning to explore other ways of engaging the past: what historians Roy Rosenzweig and David Thelen called “past-related activities.” In their 1998 book, The Presence of the Past, they drew on a survey finding that 36% of Americans — 29% of African Americans — had “looked into the history of [their] family or worked on [their] family tree” at some point in the previous twelve months.

While such “popular historymaking” is not the same as what academic historians do, genealogy helped me to underscore for students some of assumptions, practices, challenges, and joys of our discipline. For example, Questlove’s family history illustrates perfectly Thomas Andrews’ and Flannery Burke’s explanation of historical contingency: “that the world is a magnificently interconnected place. Change a single prior condition, and any historical outcome could have turned out differently.” Change any step in the impossible, tragic sequence that brought Charles and Maggie Lewis to Alabama, and their great-great-great-grandson’s story would be fundamentally altered.

(“The odds!” Gates tells Questlove. “Think about the odds, man.”)

Then I asked students to think about the weeks and months of research that undergird a single hour of Finding Your Roots. The painstaking work of the show’s genealogists, archivists, and historians depends on the same kind of evidence that my students will explore the next few weeks in their own semester project: newspaper articles, like those reporting on Meaher’s bet and the Clotilda’s arrival; diaries and journals, like the one in which Foster recorded his purchase in Dahomey; photographs, like the one that left Questlove feeling like he was staring in a mirror; and oral history interviews, like the one Zora Heale Hurston conducted with Cudjoe Lewis (d. 1935), the last survivor of the Clotilda.

Of course, what we do know is dwarfed by what we don’t; seeing what evidence is preserved can only hint at all the sources that have disappeared. And even if we succeed in reconstructing such a troubling past on such a slender basis, our narrative is bound to yield the mix of emotions that Questlove described: “I feel sad, I feel angered, I feel confused.”

Then, finally: “I feel lucky.”

Amid the sadness, anger, and confusion woven through history, we might glimpse something like grace: the very processes and attributes that sustained slavery — the cruel hubris of Meaher, the self-interested record-keeping of Foster, the matter-of-factness of Southern newspapers unembarrassed by bondage — also generated the artifacts that let us resurrect the memory of those enslaved, women and men whose humanity could not be obliterated.

March 29, 2021
In Search of Christians and Nones
Next Post 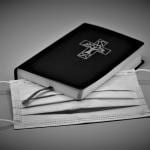 March 31, 2021 Lessons in Leadership from the Long 2020
Recent Comments
0 | Leave a Comment
Browse Our Archives
get the latest from
Anxious Bench
Sign up for our newsletter
POPULAR AT PATHEOS Evangelical
1