The St. Patrick’s Day celebrations this year will be another casualty of the coronavirus pandemic. Normally, of course, many millions of people around the world commemorate St. Patrick as a symbol of Irish national pride, and that will continue, marches or no marches. I intend no slight whatever to that national consciousness. What is sad, though, is that portraying Patrick as a generic medieval saint with a powerful fondness for the color green prevents us seeing a real and genuinely heroic individual. He is moreover a person we can know much more thoroughly than the vast majority of his Christian contemporaries in Late Antiquity.

Virtually everything that his modern adherents know about Patrick is factually wrong, and that statement does not just apply to the expulsion of the snakes. He did not bring Christianity to Ireland. However we date Patrick’s life – and exact chronology is notoriously difficult – his mission began after the arrival of one Palladius, who in 431 was “consecrated by Pope Celestine and sent to the Scots [Irish] believing in Christ, as their first bishop.” First there were sporadic Christian communities, then there was Palladius, then there was Patrick – and possibly a great many more of their kind. And far from achieving an overnight conversion, the process took at least a century or two.

Oh, and Patrick wasn’t Irish: he was British. Deal with it.

Nor, through most of the Middle Ages, was Patrick regarded as any kind of national Irish symbol, rather than one great saint out of many. His shrine at Armagh was hugely venerated, but no more than other centers such as Clonmacnois, Glendalough, Kildare, and the island of Iona. The later glory of Patrick reflects the political triumphs of his medieval successors at Armagh.

What makes Patrick stand out from his contemporaries, though, is that we can know him through his own unquestioned words, rather than the embellishments of later hagiographers and hero-worshipers. Somewhere around 450, he heard of attacks being made on him by bishops in Britain and Gaul. They had heard of his missionary successes, but were dubious about the means he was using to win them.

Anyone familiar with contemporary missions will recognize the picture – deep suspicion for someone working outside the mainstream agencies and churches, going off on his own, rumors of dubious financial practices. Why was he making such lavish gifts? Was he buying converts?

In response, Patrick composed a Confession, which translates best as a Declaration. In the modern sense of the word, he confessed nothing, beyond admitting his sinful and ignorant state. Point by point, though, he answered his critics. He tells the famous story of how Irish raiders abducted him from his British home. He escaped, but returned as a missionary. He offers a wonderful account of what mission actually meant in those days, in a situation where the bishop could not count on any aid from the Roman Empire or the secular power, beyond the kings or chieftains whose favor he could win.

In a society like that, gifts were an absolute foundation of social life and interaction, and to refuse them was to cut yourself off from any hope of success. Certainly, he tried to be careful about the appearance of corruption. He tells us for instance of “the pious women who of their own accord made me gifts and laid on the altar some of their ornaments and I gave them back to them, and they were offended that I did so.” It was a delicate balance.

The Confession is eminently worth reading, and I still discover new nuggets whenever I open it. One point that struck me this time was how much Patrick emphasizes the role of women in the conversion process. We hear for instance that

a blessed Irishwoman of noble birth, beautiful, full-grown, whom I had baptized, came to us after some days for a particular reason: she told us that she had received a message from a messenger of God, and he admonished her to be a virgin of Christ and draw near to God. Thanks be to God, on the sixth day after this she most laudably and eagerly chose what all virgins of Christ do. Not that their fathers agree with them: no—they often ever suffer persecution and undeserved reproaches from their parents; and yet their number is ever increasing. How many have been reborn there so as to be of our kind, I do not know—not to mention widows and those who practice continence

In passing, Patrick describes a poignant feature of the Irish religious scene. He writes,

But greatest is the suffering of those women who live in slavery. All the time they have to endure terror and threats. But the Lord gave His grace to many of His maidens; for, though they are forbidden to do so, they follow Him bravely.

These slave women were probably British captives seized in raids like the one that had originally claimed Patrick, and like him, trying heroically to keep their faith in their miserable new situation.

Patrick’s greatest defense, though, was the results he had achieved, the “many thousands” he baptized. In pagan Ireland,

those who never had a knowledge of God, but until now always worshiped idols and things impure, have now been made a people of the Lord, and are called sons of God, that the sons and daughters of the kings of the Irish are seen to be monks and virgins of Christ?

How could this not be God’s work?

Patrick also wrote another and actually much greater document, the Letter to Coroticus, one of the boldest challenges to tyranny and military violence ever penned by a Christian leader, which I discussed some years ago in a column over at RealClearReligion. But from one document or both, I hope I make my point, that we are dealing here with a truly great Christian leader.

Can I just very briefly here cite a claim that surfaced a couple of years ago that Patrick was himself a slave trader? I don’t want to dismantle this piece by piece, but one core argument of that claim was that Patrick’s whole tale of enslavement and escape from slavery was wildly unlikely and was therefore fiction. Basing my opinion not on simple piety but on my research and writing on the era, I see nothing whatever marginally improbable about the story as Patrick described it, nor was it, in any way, too good to be true. I echo the wise words of Diarmaid MacCulloch on this debate, that “If you don’t believe that, then you might as well not believe anything in Patrick’s texts. You will enter a world of total relativity; it’s a hermeneutic of suspicion gone mad.” To say the least, I found the whole “slave trader” claim thoroughly unconvincing. 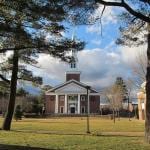 March 16, 2021 Am I a Christian Minister?
Recent Comments
0 | Leave a Comment
"This was a great article...thank you!"
Edwin Fernandez Athens, Jerusalem and Nag Hammadi
"So explain why most historians are Marxists."
Roger McKinney The Annales Movement (Part Two) | ..."
"Appreciate the historical tracking of demographics, religious practices, and geographical implications. It's important to tease ..."
Daaj The Southernization of American Evangelicalism (and ..."
"The bullet points of your plea seem to reveal that some struggle with basic human ..."
Gary An Open Letter to Complementarian Women
Browse Our Archives
Related posts from Anxious Bench