The Problem of “Practical Atheism”

It will sound strange coming from a Christian historian writing at Patheos’ Evangelical channel, but… there are times I feel like an atheist.

Not the kind of disbeliever who places their faith in the certainty of God’s nonexistence. The kind of atheist I described in the first chapter of my 2017 book with Mark Pattie:

If “fools say in their hearts, ‘There is no God’” (Ps 14:1), I’d hate to hear what the psalmist would say of me, who readily proclaims his belief in God but too rarely pauses to read God’s Word, pray to him, or simply adore him in silent contemplation. Rather than coming back to a life-giving relationship with God, I act like Adam and Eve, who “hid themselves from the presence of the LORD” (Gen 3:8).

Entitled The Pietist Option, the book was our attempt to recover and reinterpret Pietism for the twenty-first century. Alas, I didn’t realize until recently that one of our key sources, the Lutheran pastor and theologian August Hermann Francke, had actually warned about something like the problem I was describing. 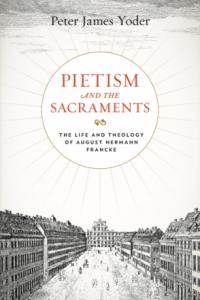 In ch. 3 of his new book, Pietism and the Sacraments, Peter James Yoder discusses Francke’s concern that nominally Christian “‘atheists’ were able to openly claim true knowledge of God while living a ‘godless’ life,” a phenomenon that the Lutheran philosopher Johann Georg Walch termed “practical atheism.” (Born in 1693, just after Francke started his ministry in Glaucha and Halle, Walch wrote in 1726, just a year before the Pietist reformer’s death) While he acknowledged examples of a “theoretical atheism” that sounds more like the Richard Dawkins-like disbelief we associate with that term today, Walch also recognized that it was possible to have no philosophical objections to God’s existence, yet deny God’s reality by one’s actions. “It was therefore possible, in this second construction,” Yoder concludes, “to be a professing Christian and also a practical atheist.”

Indeed, Francke claimed that he had become “atheistic” himself during the spiritual trials that he described as preceding his conversion experience. In this brief period, writes Yoder, Francke “denied the existence of God as it related to his possession of a personal knowledge of God — an empowering knowledge that led to godliness, and having not lived as one who was in God’s presence, he lost the certainty of God’s presence and the security of the very faith he was called to preach.”

His personal experience of “practical atheism” colored Francke’s understanding of the spiritual problems afflicting the churches Pietism sought to renew. “He was not declaring that humanity had no sense of the existence of God,” writes Yoder.

Instead, his congregants—like Francke before his own conversion experience—were living as if God did not exist and as a result they could not be certain of the knowledge of God or whether they were participating in the means of grace established by God. Their everyday life did not appear to depend on the daily experience of God in Christ.

That does sound something like what I confessed in The Pietist Option, though I gave it a slightly different name: what the Quaker educator Parker Palmer calls “functional atheism.” Why am I so inconsistent in seeking a “daily experience of God in Christ”? Perhaps because I hold what Palmer described as “the belief that ultimate responsibility for everything rests with us… The unconscious, unexamined conviction that if anything decent is going to happen here, we are the ones who must make it happen—a conviction held even by people who talk a good game about God.”

Based on Yoder’s analysis, I think Francke would actually call this problem a kind of “idolatry,” since we are ultimately trusting in a god other than God: ourselves. But in practice, it can result in those who believe that God exists living as if he does not, or as if he is not speaking to them.

This is why spiritual practices — both the devotional habits that I tend to neglect and the public routines of worship on which Yoder’s book focuses — were so important to Francke. But by themselves, they are not foolproof. Francke worried that rote, unrepentant participation in the sacraments could leave Christians mired in “atheism.”

But I suspect that it’s not just early modern Christians who go through the motions of worship and discipleship, even as they close their ears to God’s voice. For example…

This past Sunday many of us heard the apostle Peter confirm that Joel’s prophecy has been fulfilled, that God has poured out his Spirit on “all flesh.” Yet how many of our churches encourage both their sons and daughters to prophesy? How many Christians pay heed to Spirit-empowered women who make God known through the gifts of preaching and teaching?

It’s the disruptive God of Pentecost from whose discomfiting presence I’m most prone to hide. But as I think back over the four years since our book first came out, I’m struck how often I’ve encountered this God in reading and listening to women.

In particular, I’m thankful for colleagues at Bethel and on this blog — women like Beth Allison Barr, Melissa Borja, Laurel Bunker, Kristin Du Mez, Amy Poppinga, and Sara Shady — who refuse to let me claim belief in the God of Hannah and Mary yet act as if this God has no intention of toppling patriarchy, white supremacy, and other unjust hierarchies.

Francke was no more likely than other Lutheran divines of his time to suffer women to speak with any religious authority. But these colleagues are doing something that Francke deemed essential to meaningful knowledge of God: the disquieting, thankless work of troubling the consciences of Christians like me. For Francke, concludes Yoder, “the ever-present problem of humanity’s atheistic condition was resolved, in part, through the individual’s interaction with the conscience,” which acts “as a mediator of knowledge, revealing the divine law in the hearts of humanity.”

That’s never a pleasant experience to endure; far easier to remain a “practical atheist” whose belief in God requires no change of heart or life. But while the awakened conscience would both accuse the sinner and comfort the repentant, Franke warned that “those who ignored and avoided the work of their consciences would remain in their ‘atheism’ and continue toward eternal judgment.” 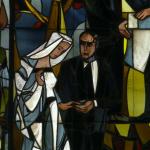 May 26, 2021 Two Questions for Complementarians (and One for Egalitarians)
Recent Comments
0 | Leave a Comment
Browse Our Archives
Related posts from Anxious Bench