The Long Slide and the Revolution in Aging

The Long Slide and the Revolution in Aging May 28, 2021 Philip Jenkins

A story in the New York Times just addressed one of the most significant developments in the modern world. The article, by Damien Cave, Emma Bubola and Choe Sang-Hun, was entitled “Long Slide Looms for World Population, With Sweeping Ramifications” (May 22). It took a well known phenomenon of the past half century, namely the dramatic collapse of fertility rates in Europe and other highly developed nations, and showed how those trends have now spread to large parts of the globe, with notable impacts already in Latin America and South and East Asia. This all gets to a topic close to my heart, as I discussed the religious impact of that transformation at length in my 2020 book Fertility and Faith: The Demographic Revolution That Is Transforming All The World’s Religions.

The implications of that Long Slide are many, but some of the most obvious consequences involve the steep aging of society, and of its churches. We probably know churches already with very high age profiles, but those will become much more common in coming decades – and those average ages will also be rising steadily. Meanwhile, the sharp decline of religiosity among teens and young adults means that these groups are very unlikely to join congregations as they enter full adulthood. Nor will many of those younger people have the children that in earlier times might have enticed families back to church, “for the sake of the kids.” The next twenty years or so will likely mark a transformation of American churches on European lines, and that is a depressing prospect.

The strain of longer lives and low fertility, leading to fewer workers and more retirees, threatens to upend how societies are organized — around the notion that a surplus of young people will drive economies and help pay for the old. It may also require a reconceptualization of family and nation. Imagine entire regions where everyone is 70 or older. Imagine governments laying out huge bonuses for immigrants and mothers with lots of children. Imagine a gig economy filled with grandparents and Super Bowl ads promoting procreation.

I can, as they say, talk about this all day, but let me offer a couple of thoughts about that Aging Revolution, as it affects churches. Many religious congregations already find themselves dominated by the elderly, with few or no children or young families. Such communities face little chance of growing, although the structures of denominations commonly mean that they will survive in some form. In the case of mainline Christian churches, such elderly congregations continue indefinitely because of the investment of earlier generations, which have left substantial endowments and imposing facilities. Increasingly, such age structures will of necessity become more commonplace and among communities without those long-term resources. Congregations will be forced to ask just how long they can realistically survive as institutional entities before being terminated, or at least consolidated into larger bodies.

The experience of the Roman Catholic Church in closing or consolidating older urban parishes will serve as a precedent for many other denominations that are presently thriving and expanding. The traumatic nature of such changes in the Catholic context—and the fierce opposition that often arises—will also be reproduced across the denominational spectrum. By midcentury, the heartrending politics of church closures due to congregations “aging out” will be a critical and deeply divisive theme in denominational affairs. Might we even live long enough to see this fate befall some of the now-thriving megachurches constructed over the last quarter century?

We can also think through the implications in terms of immigration, and immigrant faith. Might that offer a potential way out of that aging issue as it affects Western churches, whether in the US or Europe?

If we imagine communities that are homogeneous or isolated, then a move to low fertility will indeed imply aging and gradual decline. But that demographic shift implies a substantial immigrant presence, with the consequent expansion of diversity in the community in question. A society with so many people who are either aged, retired, or not in regular paid work can only be sustained by the steady importation of new groups to perform the work and pay taxes, and that must mean immigrants from high-fertility societies. Whatever other tensions or conflicts might arise from such a trend, those migrants are likely to be much more committed to their distinctive religious forms. After those communities have been in the new country for a few decades, their religious forms increasingly become a part of the native religious landscape. How well or badly those religious patterns adapt to host societies varies enormously in particular instances, but immigration can play a dynamic role in supporting and enhancing religious life. That principle should be thoroughly familiar to students of American history, where religion has so often been reshaped by repeated waves of immigration.

Commonly, older-established churches have sought to be hospitable and welcoming to immigrants, but with no well-thought-out agenda about future relationships with those new communities. And some real questions do arise. Imagine a Catholic church in Europe or the US, its congregation almost entirely composed of old-stock white believers, finding itself in the company of multiple new and thriving institutions. In the case of mosques, the older church might seek to promote friendly relations and even interfaith endeavors, but they would at best be good neighbors. Much more challenging are immigrant Christian churches, of various denominations, which would likely have a very young age profile, contributing to the vigor and enthusiasm of their services. Some of those communities might themselves be Catholic, albeit of a very different character. The older church might treat these emerging congregations merely in a neighborly way, much like the mosques, but other opportunities for much deeper involvement and cooperation present themselves.

If in fact the immigrant churches do conspicuously represent the future of faith in a particular community, then it makes excellent sense for the different congregations to work together as far as possible. Above all, each church would need to perform an honest and searching inventory of its own strengths and weaknesses, to determine what it can offer its neighbors and what are its most pressing needs.

Ideally, the fact of such diversity should provide older congregations with tremendous opportunities to revive and reinvigorate themselves, to overcome the burdens posed by demographic challenges and by aging. In that sense the immigrant congregations would themselves serve as leaven, but this can happen only if both sides can confront the many cultural challenges that await any such meeting of old and new forms of faith.

As I say, that immigration theme is only one of the critical points that emerges from the demographic revolution, and particularly as it affects churches. There are many others.

May 27, 2021
The American Experience of Billy Graham
Next Post 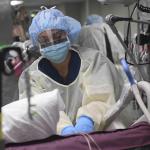 May 31, 2021 The “Spirit of Sacrifice” and Remembering Those Lost in the Battle Against Covid-19
Recent Comments
0 | Leave a Comment
"Except that their debates don't stay in house. Many "Evangelical" Southern Baptists have a political ..."
Liquidambar A Sinking Ship or Weathering the ..."
"The Southern Baptists were formed to support slavery"
AlabamaisChristianWhiteTrash Americans Should Be Comfortable with Historical ..."
"Megan Basham posted an article from essentially the opposite perspective over at Daily Wire. As ..."
NorrinRadd A Sinking Ship or Weathering the ..."
"While it's a public post, it is largely an "in-house" debate. Hopefully, no one gives ..."
NorrinRadd A Sinking Ship or Weathering the ..."
Browse Our Archives
get the latest from
Anxious Bench
Sign up for our newsletter
POPULAR AT PATHEOS Evangelical
1

The Best Quotes from Your Future Self Will...
Every once in a while, you read a book at the perfect...
view all Evangelical blogs
What Are Your Thoughts?leave a comment
Copyright 2008-2021, Patheos. All rights reserved.