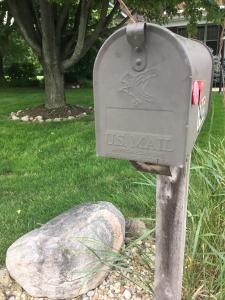 By now, summer might be testing limits of our altruism to our kids, let alone their capacity for it. We might want kids to be motivated to do self-giving acts of service. Actually getting them to do these can be tricky. Especially for the sort of parents too busy to have lots of spare time to teach their kids how to be generous. Jessica Jackley, prize-winning entrepreneur, saw that there was profit to be made in answering the question a  New York Times write-up of her work poses:”What is a liberal, atheist parent to do if you want to raise volunteers?”

Identifying clients’ desire for making kids good without God, as Times writer Joel Stein explains the project, Jackley lit on a market solution. With likable self-deprecation, Stein commends Jackley for proposing he and his son could use for their moral improvement “the same thing that helped us acquire beauty products, shaving supplies, underwear and our inability to measure our own recipe ingredients: a subscription box.”

Jackley happened on the scheme after aiming to start a sort of interreligious dialogue for neighborhood children. Jackley has an evangelical background and her husband, Reza Aslan, is Muslim, a religious studies scholar, so she knew first hand the value of learning about different faiths. In a gesture not unrecognizable to those who spread good news, Jackley thought to circulate a newsletter and host a gathering where kids could learn about world religions. In Stein’s report, Jackley found kids were happy enough to do this. And she discovered what generations of Vacation Bible School volunteers could have told her, that kids can take or leave the story but they really like the crafts.

Jackley’s vision held not much attraction for parents, though. What they wanted for their kids was not belief in God or understanding of other people’s beliefs but, as Stein puts it, “instructions on how to be a better person.”

Instead of inviting kids to her living room for crafts and sacred stories, Jackley figured out how to send the uplift to them with Alltruists. The kits presume kids are best engaged if you give them something to play with, something to make tangible the theme of a lesson. Thus kids get to glue together miniature cinder blocks and think about homelessness. They make keychains. Booklets and activities in the kits promise to address some of the world’s biggest problems, like homelessness, climate change, or food waste, and strive to habituate children to volunteering. Learning to care about the world’s problems this was is not just top-down or episodic. Through the boxes, care would arise from children’s own inspiration. Bimonthly! Through the boxes, kids would become the kind of people who volunteer.

It’s not the Alltruists boxes themselves that disturb. Indeed, the box as a visible sign of children’s earnest intent to help those far away or less fortunate has a long history, with antecedents in religious and secular realms alike. In my elementary-school years, teachers distributed UNICEF boxes to take trick-or-treating.  Nineteenth-century Americans, especially women and children, passed around “mite boxes” to collect pennies for missions. Two differences distinguish Jackley’s boxes. First, as Stein acknowledges, these boxes are not mere accessories of the whole apparatus of what might be called character formation, virtue development, or sanctification, whose source and end is God’s goodness but, absent all that, aim to carry off the whole project. Second, the boxes are not tools for parents to use to draw children into their own philanthropic practices by small steps, but engines to turn the kids into something the parents may not be themselves.

Nothing is wrong with such an effort in the abstract. Parents are wise to recognize that some of what their children need must be taught by others beyond the household.  Finding someone else to teach what they would like children to know–but that children cannot receive from mom and dad–comprises a lot of present-day parenting.

Some parts of parenting can be farmed out but wholesale moral formation is ideally not one of those them. One might hope that parents who want their children to be better people would start with themselves. Then they could teach, by practice and example, what the good is and how to do it. Alltruists boxes invite parents to to skip the first step.

The problem is less the kits than the market Jackley identifies for it. A lot of what is wrong with our historical moment seems packed into these kits, a privatized solution (you can’t get much more privatized than a personalized box you pay to open inside your own home) that leverages big problems to boost the benevolent sensibilities of subscribers.

Tellingly, Stein suggests that parents would buy the boxes wanting children who are better people. That is, the primary need the market aims to fill here is not kids’ benefit, nor the good of the people the kids’ generosity is supposed to serve. What the subscription is filling is the parents’ desire for a certain kind of kid. The kits slyly are supposed to generate motives of volunteering that appear to come from kids themselves, kids who, after completing the booklet and craft, say, mom, dad, let’s go help somebody!  Of course mom or dad bought the box  in the first place to accomplish just this end, out of desire to have a child who is a better person.

Alltruists as a business venture may not solve not the big problems of our world but reveals a lot about intensive parenting culture. Stein quotes an expert to put the subscription-box project in context:

“Adam Grant, a professor of organizational psychology at the Wharton School of the University of Pennsylvania, said that he invested in Alltruists because he saw too much parenting advice focused on raising high-achieving kids. “Getting kids thinking about other people is something we could use a little more of,” he said.

He cited a Harvard School of Education survey in which 90 percent of parents said having their children learn to be caring was one of their top priorities. But the parents were doing a poor job communicating that: 81 percent of those kids said their parents valued both achievement and happiness over caring.”

That disparity is a hallmark of the competitive culture pictured with spot-on analysis in Matt Feeney’s recent book, Little Platoons.  After all, what drives a lot of volunteering may not be compassion but competition, since volunteering can add a useful line to the application for elite college admission.

Perhaps anything designed to help make well-resourced children less entitled and to address the world’s big problems deserves praise. But features of the Alltruists box attract derision like fabled bees to honey.

July 9, 2021
What if the Nones Really Do Herald the Decline of Religion?
Next Post 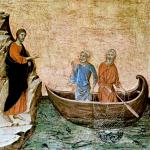 July 13, 2021 What Does It Mean to Follow Jesus?
Recent Comments
0 | Leave a Comment
Browse Our Archives
Related posts from Anxious Bench 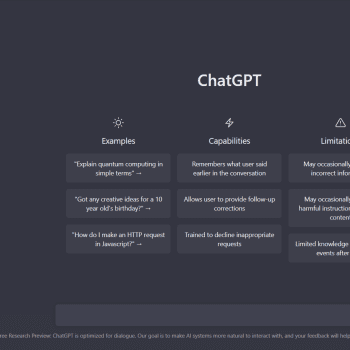