Today’s post is another guest feature from my wife, Nadya Williams, professor of ancient history at the University of West Georgia.  Nadya’s current research includes a substantial focus on the ancient North African church, which, as she argues in this post, has a lot to teach us about how we can practice love toward our neighbors during a pandemic.

It was a news-worthy event. In the middle of a pandemic, one pastor of a large urban church plant assembled his congregation of several thousand souls for a special sermon on the virus. In his theologically deep yet practical address, he encouraged believers to trust in God’s promises for the afterlife, reminding them that the fear of the virus was no excuse to avoid caring for people in their community. God alone knows the hour and manner of your death, he explained. So, serve and do good while you are able, and leave the rest up to God.

The image of thousands of unmasked Christians packed tightly and unmasked in a small space to hear a sermon may seem shocking to us after the past year and a half, but then the pastor in question lived and dealt with a pandemic approximately 1,770 years ago. And yet, his experience with a pandemic that ravaged his world and his church in late Roman North Africa is also eye-opening and prescriptive for modern US in unexpected ways. For Cyprian, bishop of Carthage in the mid-third century CE, caring for others during the plague was not optional. His message about how Christians should live their lives during a prolonged public health crisis was profoundly others-focused, and it is the very message that we as a society need to hear right now. 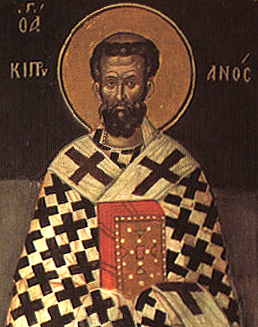 Another wave of COVID-19 is currently ripping through the United States, with cases surging just in time for schools and universities to reopen for the Fall semester. As this “new normal” life in the time of the plague appears to be here to stay longer than most people expected or hoped a year ago, a source of frustration for many is the preventability of this new round of infections. The vaccine is free and has been available for the general public since late spring. So why do vaccination rates in the US remain so low, despite the evidence globally, such as in the UK, that higher vaccine rates reduce deaths? Part of the answer concerns the group that continues to reject the vaccine most vociferously: white evangelicals, whose views on the subject form the focus of a PRRI study and a recent Washington Post editorial on the relationship between religious belief and views on the vaccine. But while the reality of the high rates of evangelicals rejecting the COVID vaccine is well documented, possible prescriptive solutions are lacking. Yet history can help provide context for Christians on how to be salt and light in these troubled times. The history of the early Church’s responses to the pandemic, as seen in the writings of leaders like Cyprian, emphasized the collective nature of the caring community over the preferences of any individual.

Few historical movements have been as highly individualistic as modern evangelical Christianity. Individual conversion to salvific faith is, after all, an integral part of the definition of who is an evangelical. It is hardly surprising, given this deeply ingrained culture of individual decision making in matters of faith and, really, all aspects of life, that decisions about vaccination and other related mediating measures during the pandemic have been cast as highly individualistic. As the governor of Georgia, Brian Kemp, noted in May of this year, “vaccination is a personal decision between each citizen and a medical professional…” This view, popular among so many Americans, is one reason why vaccination rates remain low. But these were not the values of the early Church, even if it was still the challenge of pastors to remind their people about the difference that should exist between their behavior and that of the Romans around them. The story of Cyprian’s ministry exemplifies these tensions.

Cyprian’s Carthage started its life as a colony of Tyre, founded by Phoenician settlers in the late ninth century BCE. By the time when Cyprian was born in the beginning of the third century CE, however, the city was a cultural and political center in the Roman province of Africa. In addition, it was an important center of Late Antique Christianity. The religion claimed probably less than 1% of the residents of the Roman Empire at the time of Cyprian’s birth, but conversions intensified over the course of the third century. Cyprian himself converted in his middle age, in the 240s, and was appointed bishop of Carthage shortly after. Then the plague arrived.

In his The Fate of Rome: Climate, Disease, and the End of an Empire, Kyle Harper argues that the mysterious plague that so viciously ravaged the Roman Empire for almost two decades (approximately 250-270 CE) was a filovirus, most likely Ebola. Indeed, the symptoms, described in detail by Cyprian himself in his homily “On Mortality,” fit. And this is the sermon in which he so powerfully exhorts his flock to care for others in their community, rebuking most harshly those who aspire to be martyrs for the Church, and thus refuse to risk contracting the plague through taking care of the sick. Apparently, these aspiring martyrs did not see the contradiction in their own behavior. But, it seems, neither do many believers today. 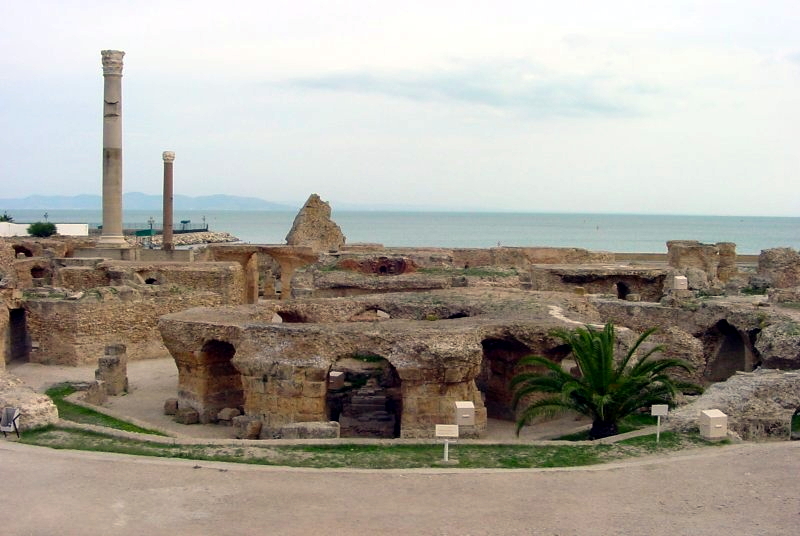 What would it mean to live a radically gospel centered life during a pandemic? The answer, as Cyprian argued, is to reflect not on the self and one’s own desires, but on the entire community. The message was as shocking then as it may seem to many today. But that is the point. The Church was always living in the world, but not of it. As Cyprian repeatedly reminded his flock, Christians were supposed to be different from others around them.

The impact of the exhortations of Cyprian and others like him to the churches of their age seems to have been profound. The work of the sociologist Rodney Stark has shown that the Church grew significantly during the period of the Plague of Cyprian, as this pandemic eventually became known, in recognition of the humble bishop’s thorough documentation of the course of the disease. While less than 1% of Romans were Christian in the beginning of the third century, that number may have been as high as 10% in the early fourth century. And it was the Christians’ care for their neighbors during the many crises of the third century, including the plague, that served as a catalyst for the dramatic increase in conversions.

As we head into the second fall season of the current pandemic, in which Christians have received so much negative publicity for their refusal to take care of their neighbor by practicing safety, this is a humbling reminder. How could we follow the mandate that the early Church took so seriously, to place the care of others above the self? Perhaps taking a vaccine to protect our neighbors, and to enable us to be able to care safely for the sick, the elderly, and the most medically fragile among us, would be one way.

About Nadya Williams
Nadya Williams is a professor of history at the University of West Georgia. You can read more about the author here.
Previous Post

July 30, 2021 Writing the Cold War: Globalizing the Eve of Destruction
Recent Comments
0 | Leave a Comment
"Very interesting topic! I hope students follow your advice! I have been amused by Catholic ..."
Roger McKinney A Forgotten Hatred: Why Don’t We ..."
""Said even more strongly, the assumption is that if one thinks that the Gospel is ..."
Chaplain Blake Liberation Theology for White People: The ..."
"Please show us where liberation theology has liberated anyone. On the other hand, slightly freer ..."
Roger McKinney Liberation Theology for White People: The ..."
"Racism is a denial of Christ on every level. But I don't see "... institutions ..."
Roger McKinney Listening to George Kelsey: Racism as ..."
Browse Our Archives
Related posts from Anxious Bench

Evangelical
The Virtues Have Been Canceled: Life in a...
Anxious Bench