Created for Work? The Cost of Leisure and the Privilege of Work in Antiquity and Today

Created for Work? The Cost of Leisure and the Privilege of Work in Antiquity and Today October 6, 2021 Nadya Williams

The Aegean beach vacation seemed perfect at first, a welcome respite, a break from the hard labor that they knew was looming ahead. But as the days of waiting turned into weeks, the vacation turned into a nightmare from which they could not escape. Walks on the beach, so magical at first, were now just one mindless activity that they still did, just to feel like they were doing something. Sometimes, it appears, it takes the excess of leisure to make people value work. 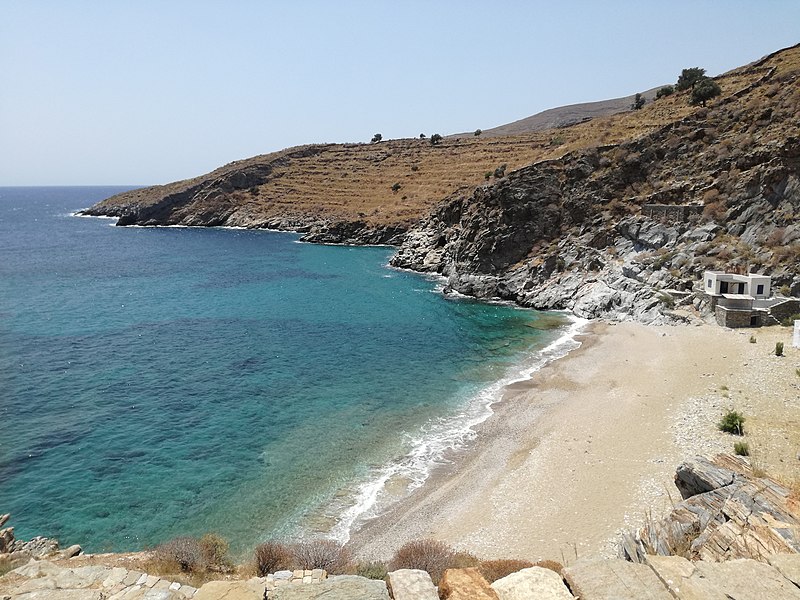 (Not the beach in the story, but similar to it: the Karthaía Beach archaeological site in the Aegean, where many people have taken leisurely or busy walks since the Geometric period)

Such reflections on leisure and work may seem apropos right now, as millions of students, teachers, and professors have been back in school for a month or two (depending on your location), and the laid-back summertime routines and glorious beach vacations have given way to the much busier schedules of the regular school year. And yet, reminding us of the timeless nature of the tension between work and leisure, the scenario described above comes from a second century BCE tragedy Iphigenia, by the leading Roman poet of the day, Ennius. Only fragments from the tragedy survive, and the most famous of those is a mournful speech delivered by the chorus of Greek soldiers stuck on the beach, remarking on the aimlessness, yet also the necessity, of continuing to pace from one area of the beach to another, just to do something.

Writers of the Roman Republic adapted many a Greek myth into their own tragedies, and this is the case for Iphigenia, whose plot is set right before the Trojan War. But at the core of these plays were discussions of complex Roman cultural values and, at times, crises of the day. And so, stranded on a lovely beach while waiting for favorable winds to be able to sail to Troy, this particular chorus of Greek soldiers echoes such Roman Republican politicians as Cato the Elder, as they bemoan the excess of otium — Roman term for leisure, and the diametric opposite of negotium, the state of being busy, on task, at work. Otium was held to be the ideal state of existence in Roman society, for this leisurely state of being was essential for philosophical reflection, writing, and any meaningful life of the mind. But as the chorus notes here, too much of a good thing nullifies its original goodness. But what about a life defined by an excess of negotium instead? If an excess of free time is problematic, is an excess of busyness any better? Much more than a merely philosophical issue, this question has significant spiritual implications.

It has been eight years since Kevin de Young published Crazy Busy: A Mercifully Short Book About a Very Big Problem. There is a reason this book comes to my mind every fall, right around the time that the new academic year gets under way. The modern life rhythm is indeed crazy busy, and it seems to be especially so for those of us involved in the world of education – whether as students, parents, teachers, faculty, or (too often now, it seems!) as some combination thereof. After all, so many of my students are also teachers, who themselves parent younger students, sometimes while also working a second job. And while my own schedule is not as intense as theirs, I do balance several hats as a college professor and a homeschooling mother of a high school student, an elementary schooler, and a toddler. My days during the school year often begin early and end late, as I record lectures or grade past midnight. And while homeschooling may sound deceptively simple, different children’s activities take us outside the home to different ends of the county almost daily.

Such extreme balancing acts could not have existed in the pre-modern world, and so, it would be tempting to idealize antiquity as the perfect antithesis to such busyness. Imagine a world where you do not have to deal with email. What’s another day, if donkey express (okay, it was really horse express – the cursus publicus) is literally the fastest way to deliver a letter? And a day filled with multiple meetings at the opposite ends of the city or county is not likely – transportation is simply too slow to accommodate this. 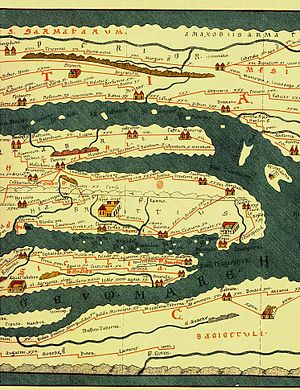 (A section of the Tabula Peutingeriana, a map of the Roman cursus publicus)

Facilitated by modern electronic, transportation, and other technologies, we now live in a world of incessant negotium – that state of being crazy busy, and the opposite of the aristocratic ideal of otium. The availability of Zoom meetings over the past year and a half has only invaded our times of potential leisure further, diverting every free minute to work. Such a life is exhausting in every way imaginable. But more than simply exhausting, it is spiritually dangerous, de Young rightly warned in his book. And yet, there are additional ways to consider this busyness. Thinking about it in Roman terms can actually be a surprising reminder of the spiritual benefits of negotium for those of us who must confess that our lives, while busy, are remarkably privileged.

When we reflect on the Roman ideal of otium, we have to keep in mind that it could only exist if someone else took some of the negotium off your hands. Put plainly, Roman otium was only made possible by the existence of slavery on a scale that became significantly increased in Ennius’ own day. The Roman defeat of Carthage and its allies, first in the Second Punic War (218-202 BCE), in which Ennius himself served with distinction, and then in the Third Punic War (149-146 BCE), at the end of which Carthage was destroyed altogether, resulted in the flooding of the Mediterranean slave markets with war captives, and lined Roman coffers with new wealth. Otium on a new and arguably unprecedented scale was, therefore, newly available to Ennius’ aristocratic contemporaries. Later on, a contemporary and ally of Caesar, the politician-turned-historian Sallust would remark that the end of the Punic War, and the wealth and luxury it brought into the Roman state, irrevocably corrupted the previously noble Roman character, and began the end of the Roman Republic. While we can question Sallust’s estimates of how much better the traditional Roman character used to be (the man did get expelled from the Senate at one point for some unspecified debauchery, after all!), the greater availability of luxuries, including slaves, in the Late Republic is well documented.

While different from the chattel slavery of, say, the American South, Roman slavery became ubiquitous in the Late Republic and beyond. Just how common were slaves in Roman society? Let’s just say that ample evidence exists that even some slaves purchased personal slaves, to whom they could promptly hand off some of their own labor. Slavery was a basic part of life for the Roman intellectual greats, from Cicero to Augustine, who were able to live lives of the mind, using their otium to write beautiful works that we still read and admire today. Neither Cicero nor Augustine ever had to prepare their own meals (thefts of that occasional pear excepted), do their own laundry, or give their children baths. While they undoubtedly felt that there was much negotium in their lives, it was still counterbalanced by sufficient free space in which to pursue creative intellectual work.

And so, as I reflect on the crazy busy state of my family’s life, I am reminded of the simple-yet-complicated fact that my husband and I work full-time academic jobs, homeschool our children, take care of the basic tasks required to run a household and keep a family fed and clothed in (mostly) clean items. And yet we also yearn to pursue a life of the mind. Looking at our lives from the Roman perspective, and remembering the commonplace existence of a “servant” class in parts of the world well into the twentieth century, we and others in the twenty-first century global middle class effectively have taken on the responsibilities of both the intelligentsia and of the servant class. Our lives are doubtless privileged, compared to those of so many others. And yet, it is no wonder that we feel overwhelmed and tired. But that intense busyness, where nothing is left to give, is where God can move in, humble us, and make us see the beautiful, timeless truth that we so often forget: we are servants of others, rather than masters of any realm.

About
Nadya Williams is Professor of Ancient History at the University of West Georgia. You can read more about the author here.
Previous Post 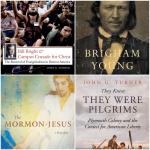 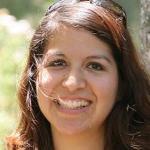 October 7, 2021 The "histories" of St. Francis in Mexico
Recent Comments
0 | Leave a Comment
Browse Our Archives
get the latest updates from
Anxious Bench
and the Patheos
Evangelical
Channel
POPULAR AT PATHEOS Evangelical
1

Evangelical
How (Not) to Drive Up the National Birthrate:...
Anxious Bench

Evangelical
When the Empire Doesn’t Strike Back, but Leaves...
Anxious Bench
TRENDING AT PATHEOS Evangelical

Normalize Self-Forgetfulness
Don't these people look like a real treat? Oh well, look, here...
view all Evangelical blogs
What Are Your Thoughts?leave a comment
Copyright 2008-2021, Patheos. All rights reserved.