Five years ago, I received an unexpected message from John Turner. We’d met about a decade earlier, but hadn’t seen each other since a Conference on Faith and History meeting in 2008. So when John emailed to ask if I’d take over for Tommy Kidd as the blogmeister and Tuesday contributor at The Anxious Bench, it was both a professional honor and a personal pleasure — a chance to work with John more consistently.

So I was sad to get another unexpected email from John last month, letting me know that he was ready to step away from The Anxious Bench after nine years of blogging. “That’s a long time to stay on any bench,” he prefaced his farewell post last week, “let alone an anxious one. But it’s been a wonderful resting place for me, because of the friends who have sat on it with me. I’m grateful to them and to Patheos for the liberty I’ve enjoyed to fill this space with what moves me.”

In turn, I’m grateful to John. A historian who has published as many good books as John has is under no obligation to help fill any blog’s space. But for nearly a decade John has done as much as any historian I know to help the reading public understand “the relevance of religious history for today.”

That’s “religious” writ large. A Presbyterian and evangelical who wrote critically about his own traditions, John also wrote empathetically and insightfully about everyone from the Latter-day Saints to the Pilgrims. (Not to mention Pietists!)

Even to the extent that John observed flaws and foibles in religion, he wrote irenically, gently, and (most notably) with humor. (“I greatly admire authors who try to be funny and succeed,” John told us in 2014. “Comedy is tough work.”) And at a time when “Americans are unusually good at hating each other,” his own work illustrates his conviction that “There is plenty of reason for hope and optimism. And nuance.”

Those words came from his recent review of journalist Kristy Nabhan-Warren’s book about a meatpacking plant in Iowa. Which brings me to my final and favorite aspect of John’s career at The Anxious Bench: his writing about reading.

By my count, about a third of John’s 300+ posts for us have been either reviews or synopses of books or interviews with authors. In the process, he has done for our readers what he once said — with tongue in cheek, I think — such writing did for him: “First and foremost, [reviews] introduce me to books I will never read and help me pretend to be conversant with a wide range of publications. Second, they introduce me to books I actually want to read.”

That from John’s 2016 eulogy for Books & Culture, which he said “exemplified my ideal of evangelical intellectual discourse. Surprising. Bold. Ecumenical. Faithful.” All of which describes John’s own reading and reviewing.

As importantly, John’s reviews conveyed the joy of reading and learning. Even when he disagreed with an author’s method or conclusions, he found something to appreciate and admire. At all times, he modeled a commitment to lifelong learning — and facilitated it for others.

So while bibliography might seem like an odd mode for a tribute, let me conclude my statement of gratitude to John by compiling as many of his reviews and interviews as I could find in our archive (almost 100!), organized alphabetically rather than by category. (That seems the better way to convey the breadth and diversity of his interests.) If you wanted to extend your reading list and expand your mind this fall and winter, you could do a lot worse than to spend those months working your way through the links below. 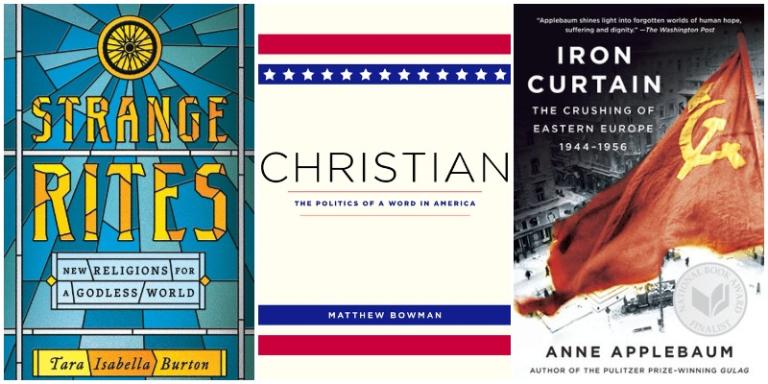 Matthew Bowman, Christian: The Politics of a Word (April 2018)

Peter Brown, The Ransom of the Soul: Afterlife and Wealth in Early Western Christianity (July 2015)

Bryan Caplan, The Case Against Education: Why the Education System Is a Waste of Time and Money (Jan. 2019)

Elesha J. Coffman, The Christian Century and the Rise of the Protestant Mainline (Feb. 2014)

Darren Dochuk, Anointed with Oil: How Christianity and Crude Made Modern America (Sept. 2019) 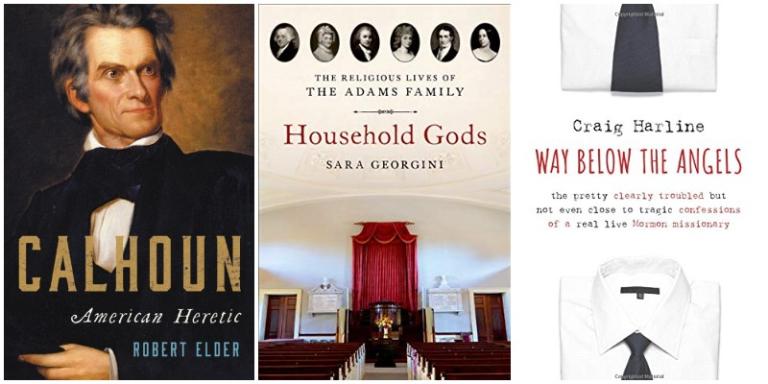 Elizabeth Fenton, Old Canaan in a New World: Native Americans and the Lost Tribes of Israel (May 2020)

Frye Gaillard, A Hard Rain: America in the 1960s, Our Decade of Hope, Possibility, and Innocence Lost (May 2018)

Timothy Gloege, Guaranteed Pure: The Moody Bible Institute, Business, and the Making of Modern Evangelicalism (May 2015)

David G. Hackett, That Religion in Which All Men Agree: Freemasonry in American Culture (May 2014)

Craig Harline, Way Below the Angels: the pretty clearly troubled but not even close to tragic confessions of a real live Mormon missionary (Jan. 2015)

Tom Holland, Dominion: The Making of the Western Mind (Feb. 2020)

Aaron W. Hughes, Abrahamic Religions: On the Uses and Abuses of History (May 2016) 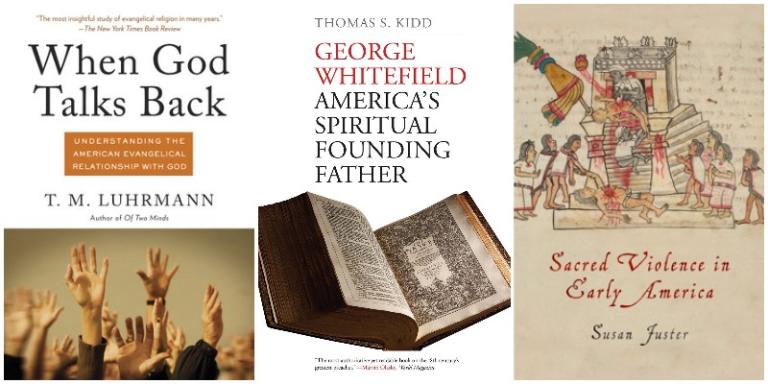 Alan Jacobs, Breaking Bread with the Dead: A Reader’s Guide to a More Tranquil Mind (Sept. 2020)

Michael J. Lee, The Erosion of Biblical Certainty: Battles over Authority and Interpretation in America (June 2014)

Lincoln Mullen, The Chance of Salvation: A History of Conversion in America (Aug. 2017) 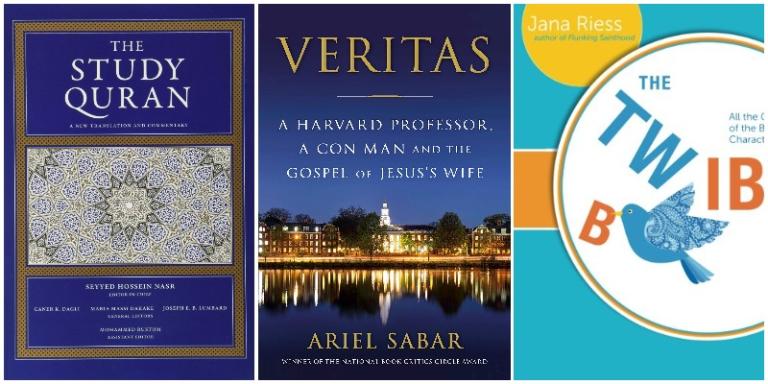 Robert A. Orsi, Between Heaven and Earth: The Religious Worlds People Make and the Scholars Who Study Them (Jan. 2013)

Jay Parini, The Way of Jesus: Living a Spiritual and Ethical Life (April 2018)

Paul Reeve, Religion of a Different Color: Race and the Mormon Struggle for Whiteness (April 2015)

Gerard Russell, Heirs to Forgotten Kingdom: Journeys into the Disappearing Religions of the Middle East (Nov. 2014)

Ariel Sabar, Veritas: A Harvard Professor, a Con Man, and the Gospel of Jesus’s Wife (Oct. 2020)

Zachary M. Schrag, The Fires of Philadelphia: Citizen-Soldiers, Nativists, and the 1844 Riots Over the Soul of a Nation (June 2021)

Douglas Shantz, An Introduction to German Pietism: Protestant Renewal at the Dawn of Modern Europe (May 2014)

Eran Shalev, American Zion: The Old Testament as a Political Text from the Revolution to the Civil War (March 2014)

Avi Steinberg, The Lost Book of Mormon: A Journey Through the Mythic Lands of Nephi, Zarahemla & Kansas City, Missouri (Oct. 2014) 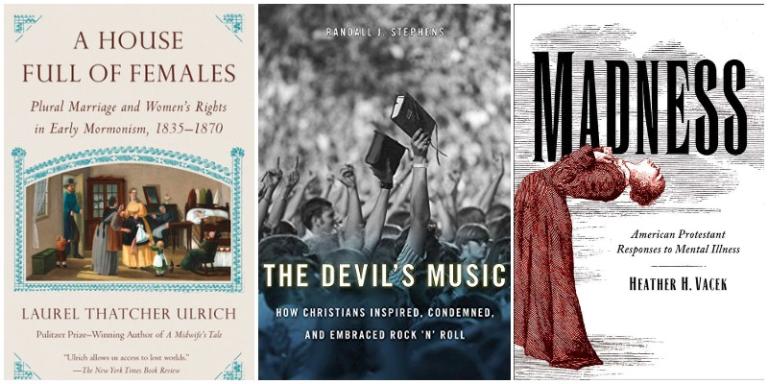 ________, Double Crossed: The Missionaries Who Spied for the United States During the Second World War (Nov. 2019)

Daniel Vaca, Evangelicals Incorporated: Books and the Business of Religion in America (Jan. 2020)

Abram Van Engen, City on a Hill: A History of American Exceptionalism (March 2020)

Stephen H. Webb, Mormon Christianity: What Other Christians Can Learn from the Latter-day Saints (Jan. 2014)

Molly Worthen, Apostles of Reason: The Crisis of Authority in American Evangelicalism (Jan. 2014)

October 4, 2021
An Unapologetic Defense of Liberal Education
Next Post

October 6, 2021 Created for Work? The Cost of Leisure and the Privilege of Work in Antiquity and Today
Recent Comments
0 | Leave a Comment
Browse Our Archives
Related posts from Anxious Bench