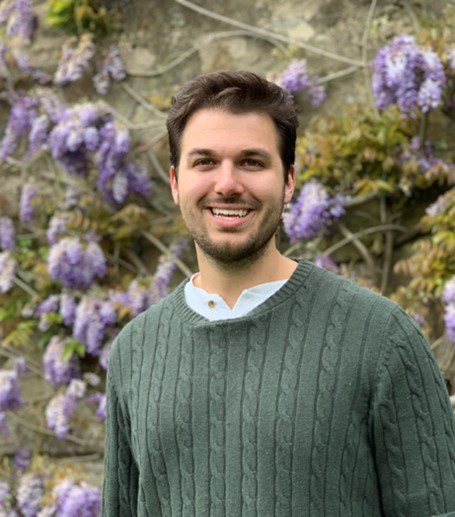 Today I am so pleased to welcome David Drake Criscione to the Bench. David is a History PhD student at Baylor University. He wrote this as a blogpost book review in my Women & Religion seminar and I asked him if we could post it for Halloween. For those interested, you can watch the full clip of Fred Roger’s interview with Margaret Hamilton here: https://www.misterrogers.org/videos/margaret-hamilton/.

On May 14, 1975, Fred Rogers invited actress Margaret Hamilton, famed for her portrayal of The Wicked Witch of the West in The Wizard of Oz (1939), to appear on his public television program, Mister Roger’s Neighborhood. When Margaret Hamilton greets Mr. Rogers on screen, instead of her iconic green skin and black hat, she wears a pink dress, a pearl necklace, and a warm smile. During the interview, Mr. Rogers asks Hamilton to share her opinion about the Wicked Witch, and Hamilton responds “sometimes we think she’s just mean and a very bad person, but actually you have to think about her point of view: that it wasn’t as happy a time as she wanted it to be because she never got what she wanted.” Mr. Rogers then asks Hamilton to speak on public reception of the iconic character, Hamilton says: “Sometimes, Mr. Rogers, I am a little unhappy because lots of children are quite scared by [The Wicked Witch] and that makes me feel a little sad.”

Now it’s time for a confession: I was one of those children who was “quite scared” by the Wicked Witch of the West, whose green skin, whacky cackle, and hordes of flying monkeys haunted my dreams. Yet when I first saw the interview, I could feel cognitive dissonance as my brain tried to process that Margaret Hamilton, the kind woman talking to the cardigan-clad modern saint, was the Wicked Witch of the West.

I could keep talking about this interview, but this is a book review. Compare Hamilton’s interview on Mister Roger’s Neighborhood with The Witch-Hunt in Early Modern Europe (1987) by historian Brian Levack, which seeks to explain the rise and decline of witch-hunts throughout across the Western world, and why the hunts reached their apex in the late-sixteenth and early-seventeenth centuries. Levack rejects past monocausal explanations of the witch-hunt for being “singularly unconvincing, if not demonstrably false,” and instead argues for a multicausal approach “which sees the emergence of new ideas about witches and a series of fundamental changes in the criminal law as the necessary preconditions of the witch-hunt, and both religious change and social tension as its more immediate causes.” In the book Levack navigates the reader through the strange world of devil’s pacts and witch’s teats and trials by ordeal in an attempt to explain how an abstract fear of witches manifested itself in European imagination and legal institutions. The narrative describes the social, judicial, intellectual, and religious developments which spurred the contagion of witch trials across early modern Europe, and how the prohibition of torture, disagreement over demonology, and reforms of the judicial system led to the decline of the witch-hunt in the late-seventeenth and early-eighteenth centuries. Although European taxonomies of witchcraft appear strange to present-day readers, one can recognize similarities between early modern witches and the witches of contemporary popular culture. 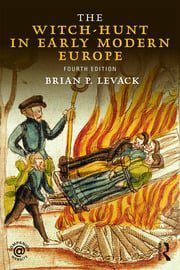 As a narrative textbook wtih clear structure and interdisciplinary evidence, Levack’s Witch-Hunt has seen incredible success with four editions and translations into eight languages. Moreover, Witch-Hunt provided Levack with the clout to serve as editor for The Oxford Handbook of Witchcraft in Early Modern Europe and Colonial America (2013), another staple in the history of witchcraft. Thus, Levack’s narrative textbook sits amongst a collection of other introductory resources to European witchcraft, including Wolfgang Behringer’s Witches and Witch-Hunts: A Global History (2004), Merry E. Weisner’s Witchcraft in Early Modern Europe (2007), and John Demos’s The Enemy Within: 2,000 Years of Witch-Hunting in the Western World (2008).

Yet, in comparison with Margaret Hamilton’s interview, Levack’s multi-causal thesis may explain the rise of witch-hunts across early modern Europe. But I wonder if Levack misses the potent psychological phenomenon which allows us to create witches out of ordinary women–the phenomenon of fear. When I first saw the Wicked Witch of the West as a child, I had no conceptual framework of witchcraft, nor how my culture and society imbued me with patriarchal fears of subversively-powerful women. I was just afraid of the scary, violent woman on the screen; and I was not alone. So many children were frightened by the Wicked Witch of the West that Fred Rogers invited Margaret Hamilton on his television program to dispel their fears and show she was playing pretend.

During the end of the interview, Mr. Rogers invites Margaret Hamilton to don the Wicked Witch’s cloak and pointed hat to show children that Hamilton is, as Mr. Rogers phrased it, “a real lady who got dressed up to play this part.” As I watch the grandmotherly figure transform into her iconic, nightmarish role, I realize witches don’t simply exist; we see witches out of women when they embody the cultural parameters and  performances of power we expect of them. The near-ubiquity of witches and witchcraft across cultures, regions, and chronology shows a propensity for humankind to see nonconforming individuals as imbued with dangerous power which threatens the social order. While fear may be the driving force behind ‘witchification’, Levack’s argument is needed to understand how a primal fear manifested itself in several cultural institutions and led to the executions of approximately 60,000 women and men across Europe during the early modern period. Yet while Levack explained the dismantling of such institutional apparatuses led to the decline of witch trials by the 18th century, I’m dubious whether the witch-hunt can ever truly disappear.

October 26, 2021
The Religious History of Medical Devices
Next Post