My latest book is Climate, Catastrophe, and Faith: How Changes in Climate Drive Religious Upheaval. It argues that climate factors – especially sudden climate shocks – have had a very powerful influence on shaping religion as it has developed through history. Partly, that is through the scapegoating and persecution with which societies respond to eras of famine, plague, and the literal darkening of the skies. In some cases, by no means all, new prophets arise, new sects form, and apocalyptic ideas become commonplace. In past columns, I have offered several examples of such transformations, and today, I will describe one of the worst of such historical moments, when a sudden onset of cold really did make it plausible to think that the world was about to end. This particular episode has huge implications for the modern-day descendants of the Protestant “sects” of the time – for Baptists, Presbyterians, and others, as well as Lutherans. The impact on emerging American colonies was vast. It is actually hard to find a clearer example of the intimate linkage between climate disasters and religious transformation.

If you look at any history of global climate, especially in the North Atlantic world, some years stand out as singularly horrific, times when you absolutely positively did not want to be alive then. Among the very worst was 1709-10 (although conditions were already deteriorating a year or two before that). This was an era of record-breaking cold, which vied with 1740-41 for the title of the worst winter in five centuries. This was a time when weather observers were using their new thermometers to measure daily changes, and their findings were appalling. On January 6, 1709, temperatures across Europe were falling fast to record minima around zero degrees Fahrenheit, or lower. Wine froze, and bottles broke, even when stored next to fireplaces. This was Le Grand Hiver: in England, the Great Frost:

From all over France came reports of people found frozen to death, of limbs and fingers lost to frostbite, of commerce and industry entirely halted.  According to Saint-Simon, within four days, the Seine and other rivers were frozen solid. Something no-one had before seen, the sea froze solid enough to bear heavy carts; even in Marseille ice was to be seen in the salty Mediterranean. Agriculture suffered paralysis. In Beaune a canon of the cathedral remarked that “travellers died in the countryside, livestock in the stables, wild animals in the woods.  Nearly all the birds were killed, wine froze in barrels, and public fires were lit to warm the poor” … In Paris itself ateliers and shops closed and public life ground to a halt as trials and audiences were suspended. Public fires were lit in Les Halles and soup kitchens organized. Throughout France, congregations united in prayers that the winter would not last.

In London, “The Great Frost,” as it came to be known, iced over the Thames River. The canals and port of Amsterdam suffered a similar fate. The Baltic Sea was solid for four whole months, and travelers were reported crossing on foot or by horse from Denmark to Sweden or Norway. Almost all the rivers in the north and center of Europe froze. Even the hot springs of Aachen in modern-day Germany iced up. Heavily laden wagons trundled across the lakes of Switzerland, and wolves ventured into villages looking for anything left to eat—which sometimes turned out to be villagers who had frozen to death. 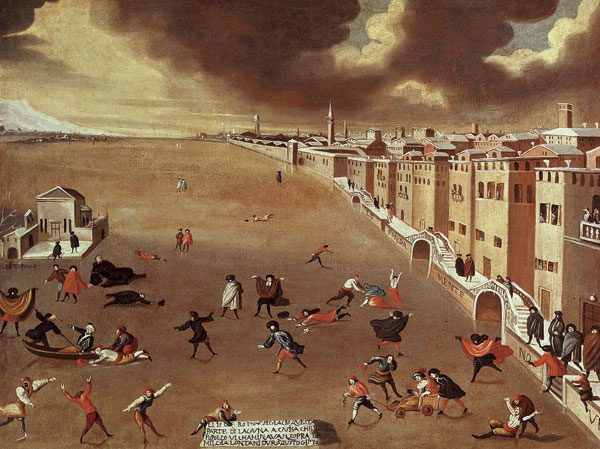 The economic effects were apocalyptic. By one measure, England’s economic activity contracted by 14 percent in 1709 alone. This was a classic year of “dearth” in food, which means both scarcity and very high prices for anything that was available. Famine in East Prussia cost 250,000 lives. A Grande Famine in France killed 600,000, out of a population of some twenty million. Food riots inevitably followed. As occurred during virtually every grave climate shock, famine and deprivation were no less inevitably followed by catastrophic diseases, and on this occasion, influenza raged across the continent. The same year marked the start of a dreadful disease that killed millions of Europe’s cattle over the following decades. On the analogy of a pandemic, we call this a panzootic, because it affected animals rather than people. The crisis of 1709 was the worst panzootic until that renewed assault of cold in 1740-41. Famines, plagues, and general misery continued to rage well into the 1710s.

The 1709 episode is a stunning example of just how absolutely Early Modern (and Medieval) people depended n the whims of the climate, and how rapidly the established order could be shaken by one particularly severe climate shock, with all that implied for harvests and the food supply.

How could such a time of catastrophe not have its impact, whether social, cultural, political or economic? And given the mindset of the time, religious attitudes and conditions shaped all those other factors.

The transformations remade Europe’s power politics. From the 1630s onward, Sweden was one of Europe’s greatest powers, and a military juggernaut. Swedish ambitions culminated with the career of the mighty conqueror Charles XII, but he had the misfortune to fight the Russians at the epochal Battle of Poltava in 1709. Suggesting the remarkable span of Swedish power, Poltava itself lies in what we today would call central Ukraine. As Wikipedia notes, “By the spring of 1709, Charles’ force had shrunk to half of its original size. After the coldest winter in Europe in over 500 years, Charles was left with 20,000 soldiers and 34 cannons.” Two thousand of his soldiers are said to have perished during a single horrific night.  Charles’s defeat, which in its European impact is often compared to Waterloo a century later, marked the end of the ever-expanding (Lutheran) Swedish Empire. Sweden would not in fact be acquiring a coastline on the Black Sea. The victor was the brand-new emerging power of Russia, which under Peter the Great was decisively shifting its outlook to the west, and to Europe. In religious terms, that was wonderful news for the current and future power and span of Eastern Orthodox Christianity. 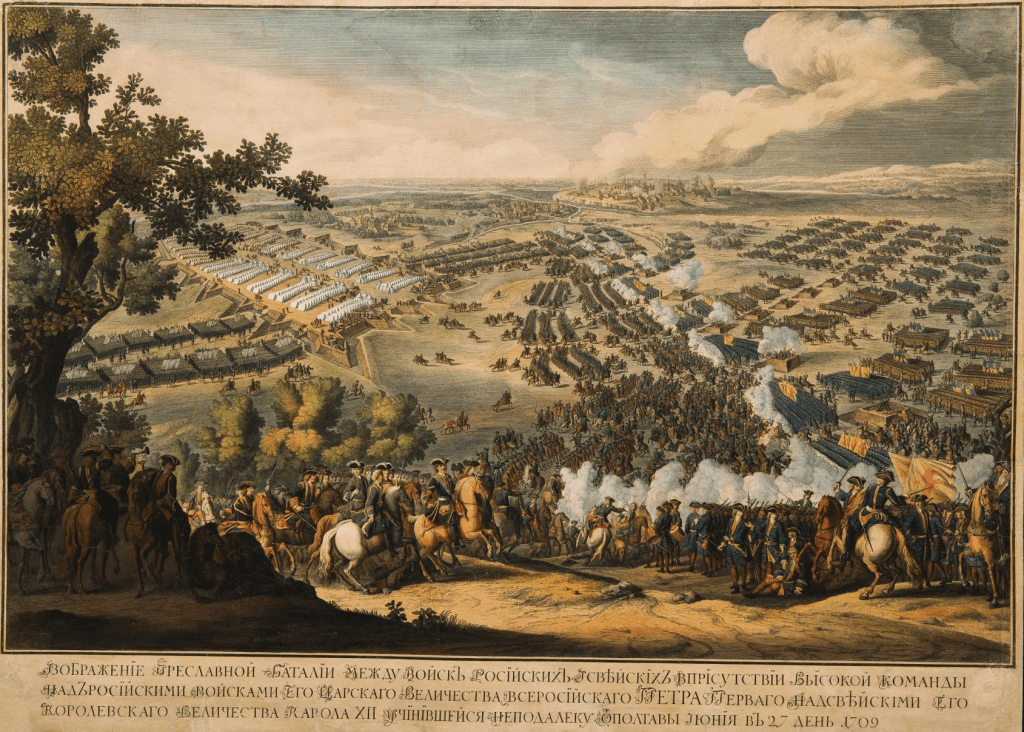 With conditions across Europe so unutterably dreadful, it was inevitable that populations would flee in search of simple survival. In southwest Germany, extreme cold combined with the effects of endemic warfare to make life impossible for many thousands, who in 1709 fled en masse to the British dominions. As so many came from the territory of the Palatinate, they are usually known as the Palatines, and in colonial America that word actually became a generic description of Germans. Palatines settled in England and Ireland, but by far their greatest presence was in North America, where this new German wave was critically important for so many churches and religious institutions. They laid the foundations for the great Lutheran expansion of the coming century, and for some key sects.

The religious implications ranged still further afield. Next time, I will describe how the 1709-10 crisis created a religious near-meltdown in the British Isles, to the point of threatening outright civil war, and political collapse.

November 11, 2021
Finding the Historical Roots of Patriarchy: Gerda Lerner and the Power of Women's History
Next Post 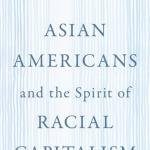