Melania, The Christian Queen of the Mongols

Melania, The Christian Queen of the Mongols November 8, 2021 Philip Jenkins

Of the many churches in the Byzantine capital of Constantinople, only one retained its Orthodox Christian function after the Ottoman conquest of 1453, and it survives today. It bears the  startling name of St. Mary of the Mongols, a dedication that recalls the history of a remarkable woman of the Middle Ages.

I posted last time about the great Mongol Empire, and the very prominent role of Christian women in ruling and shaping it, whether as queen, as queen mother, or as royal princesses. In 1265, the fearsome warlord Hulagu demanded that the Byzantine Emperor Michael VIII give him one of his daughters as a wife. The emperor complied, sending his illegitimate child Maria, surnamed Paleogina (c.1249-1308). In her later years, as a dedicated nun, she took the name Melania, or Melanie. I freely admit to using that name in my title here because it produces such a memorable image of a low budget film, likely directed by Roger Corman: Melanie, Queen of the Mongols. But Maria/Melania’s life is beyond the invention of a historical novelist, or a daring screenwriter.

I should say that the available sources often clash on exact dates and details, and ranging over the internet produces a bewildering (not to mention entertaining) array of outright mis-statements and errors. I will sort things as best I can.

The Emperor Michael had to walk a delicate path, dreading the prospect of angering any of the competing Mongol realms. Accordingly, he sent Maria to marry Hulagu, while choosing another princess for the ruler of the equally dangerous Golden Horde. In 1265, Maria traveled to marry Hulagu, but he died while she was en route. She was thus married to his son Abaqa, who ruled the sprawling Persia-based state of the Ilkhanate, which was comparable in size to the ancient Persian Empire conquered by Alexander the Great. As queen, and as a visibly pious woman, Maria became a focus of loyalty and hope for the region’s many Christians. Her official title was Despina Khatun, which combines the Greek and Mongol titles for a noble lady: she was Lady Lady. She held that power for seventeen years.

When Abaqa died in 1282, she returned to Constantinople, where she became the founder of the Panagiotissa Monastery. In its Marian dedication to the Panaghia, the All Holy Lady, the church also commemorated the former queen.

But her story was not finished. In 1307, the region faced the rising threat of the Ottoman Turks, who were pressing on the ever-shrinking borders of the Byzantine world, and threatening the key city of Nicea. The Empire reached out to Öljaitü (“Charbanda”), the Mongol ruler of the Ilkhanate, offering another princess named Maria to be his wife. The Wikipedia entry on Maria Paleogina claims that the offered bride was our own Maria/Melania, which is impossible: in this era, that was just not something that happened to women in their upper fifties. We also know that the then-emperor, Andronicus, had already formed marriage ties with more than one Mongol ruler, using his illegitimate daughters as diplomatic currency.

Our Maria was a natural intermediary to the Ilkhanate, where she would have personal acquaintance with some surviving leaders. Öljaitü reportedly promised some thirty thousand of his warriors, but they would take some time to mobilize. To gain time, Maria met the Ottoman leaders, but reputedly, her speech was so aggressive as to offend the other side, which duly pressed on with their campaign. I would dearly love to know what words actually left the mouth of this pious nun, but presumably, years of dealing with Mongol lords had given her a potent arsenal of threats and bluster. Whatever we make of this encounter, we know that in 1307, Öljaitü was so friendly to the Christians that he approached the Pope with an offer of an alliance to reclaim the Holy Land from the Muslims.

Maria died at her convent, aged around sixty. As I remarked of some other figures of this era, she is a historical novel waiting to be written.

November 5, 2021
The Forgotten Christian Queens Who Ruled (Much of) The World
Next Post 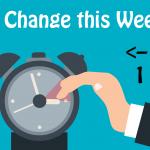 November 9, 2021 "God's Time": The Religious History of Daylight Saving
Recent Comments
0 | Leave a Comment
Browse Our Archives
get the latest updates from
Anxious Bench
and the Patheos
Evangelical
Channel
POPULAR AT PATHEOS Evangelical
1

Nudge vs. Mandate
Though President Biden campaigned on his ability to bring the country together,...
view all Evangelical blogs
What Are Your Thoughts?leave a comment
Copyright 2008-2021, Patheos. All rights reserved.