The Forgotten Christian Queens Who Ruled (Much of) The World

The Forgotten Christian Queens Who Ruled (Much of) The World November 5, 2021 Philip Jenkins

My Baylor colleague and friend Beth Barr writes regularly about the critical importance of women in Christian history. I would here like to offer some prime examples of that historical reality, and instances that are really not known by non-specialists. I will discuss four Christian women in particular, all from roughly the same era, who in their day enjoyed vast political power and influence. On a minor note, their stories are so dramatic, and so packed with incident, as to raise the obvious question: has nobody really made some of these women the stars of best-selling historical novels?

All the stories date from the period between 1220 and 1320, and all lived in the Mongol Empire, which was in terms of contiguous territory the largest the world has ever seen. At this point, the objection might arise: but surely, Mongol conquerors and overlords like Genghis Khan were not Christian? In most cases, they were not – but their wives and mothers often were.

Long before the Mongols erupted into global history in the early thirteenth century, they had long had amiable dealings with neighboring peoples who were ethnically and linguistically Turkic – Uighurs, Ongguds, and others – to the extent that we speak of Turco-Mongol confederations. Many or most of those Turkic peoples had for centuries followed Christianity, in the form of the Church of the East, the so-called Nestorian church, which had very deep roots in Central and Eastern Asia. Incidentally, the Wikipedia entry on Christianity among the Mongols is informative. Partly to reinforce tribal alliances, the Mongols commonly found wives and concubines among those Turkic neighbors. If Mongol overlords themselves did not convert to Christianity, they were happy to let their wives have their Christian clergy in the court, and to follow their religious practices. Those Christians had excellent relations with the Buddhists who represented the other great world religion at the Mongol courts. In the 1280s, historians speak of the “Old Mongol” faction among the court elites, those who were either Church of the East or Buddhist, or a syncretistic mixture of the two.

That background is essential to understanding the four women who form my subject. One was Sorghaghtani Beki (1190-1252. Beki is a title, “lady” or “queen), who was arguably the most powerful woman who ever lived. That may sound like hyperbole, but let me make the case. Genghis Khan died in 1227, leaving many offspring. His successor was Ögedei, who ruled till 1241. The other key son was Tolui, who died in 1232. For our story, Tolui matters so much because of his wife, who was the Christian Sorghaghtani, from the Keraite people. Throughout, her diplomacy, and her personal clout, shaped the fortunes of that emerging world power, the largest empire the world had ever seen to that point, which stretched from Hungary to Korea. She was pivotal in transforming the empire from its nomadic barbarian origins into a cosmopolitan realm, with a structured administration.

Sorghaghtani had four sons, all of whom would in turn rule most or all of that immense territory. The details of that succession are beyond my purpose here, but those sons included Möngke, who ruled the Mongol world from 1251 through 1259; Hulagu, who shared power from 1256 through 1265; and Ariq, who struggled for supremacy with his brothers. The fourth son was the legendary Kublai Khan, who besides his Mongol supremacy also ruled China from 1271 through 1294, and who created the Yuan dynasty.

I unabashedly draw the following quotes about Sorghaghtani from Wikipedia:

“Extremely intelligent and able … the most intelligent woman in the world. There is no doubt that it was through her intelligence and ability that she raised the station of her sons above that of their cousins and caused them to attain to the rank of qa’ans [khans] and emperors.” (Persian historian Rashid-al-Din Hamadani)

I return to Hulagu, who is not known to non-specialists, bit who was in his own right one of the greatest conquerors in all history, sweeping over Western Asia and the Islamic world. In 1258, Hulagu conquered and destroyed the city of Baghdad, which for half a millennium had been the capital of the Caliphate, and the beating heart of Islamic civilization. Now, the city was utterly ruined, amidst a slaughter that claimed hundreds of thousands of lives. It remains one of the cultural catastrophes of human history. All Baghdad’s mosques were ruined. Its churches, however, survived untouched, and the Christian population largely survived. Hulagu himself, the son of the Christian mother Sorghaghtani, also had a powerful Christian wife, the Lady (Khatun) Doquz, who was the niece of the former queen. Also from the Keraite people, Doquz insisted that the Mongol invaders spare Baghdad’s Christians. Doquz had originally been intended to marry Tolui, but on his death she was given to Hulagu. She was a famous benefactor of Christian causes, and intervened heavily in the succession to Hulagu after 1265. She also dominated affairs in the Church of the East itself, ensuring the appointment of a new church head, or Katholikos.

Doquz died in 1265. The Mongols had no problem with polygamy, and were well used to hierarchies of principal wives and concubines. However, only at that point did Hulagu seek out another principal wife, namely Qutui, who was – are you seeing a pattern here? – a member of the Church of the East. Hulagu died before the marriage, so by Mongol custom, she instead married his son and successor, Abaqa. By this point, Hulagu’s family was the ruling dynasty of the Ilkhanate, a huge Mongol kingdom that ruled what we today call Iran, Turkey, and other neighboring lands.

As Khatun, Qutui was very active in state affairs. When Abaqa died, she secured the succession of her son against a rival claimant. While that son, Tekuder, notionally ruled, Qutui largely ran the state. She “received foreign diplomats and participated in creating foreign strategy towards the Mamluk Sultanate.” As Tekuder became deeply unpopular, Qutui had to minimize the effects of his hostility towards the Church, and she saved the life of the Katholikos. A palace revolution brought to power a new ruler, Arghun, whose mother was probably a Christian concubine.

How far did this Christian presence at the court matter? That was not, of course, a question that troubled the fortunate Christians who survived the annihilation of Baghdad. But several points emerge strongly. One is that the Mongols had an excellent relationship with the Church of the East, which reciprocated by serving as envoys and diplomats. In the 1280s, when the Ilkhanate sent a mission to Europe, it chose the holy monk Rabban Bar Sauma, whose memoirs of his great transcontinental expedition still amaze us. When the Khan Tekuder converted to Islam, he briefly persecuted Christian leaders – but not, in this instance, out of religious intolerance. Rather, he felt that his enemies were using Christian monks to run off to Kublai Khan in China, and to tell tales about him. He was probably right in his surmise.

Also, the successive Christian queens struggled to ensure the succession of new rulers who would treat Christians well, at a time when the Mongols faced the powerful rival attraction of Islam. At the time, Islamic regimes were notoriously intolerant, and Christians stood to fare very poorly in any new religious order (as they actually would in later decades).

More substantially, might we also attribute the empire’s growing cosmopolitanism to that Christian context and vision, the sense of a universal and transnational reality? Sorghaghtani might perhaps have been a lone visionary genius, but her church was one of the most globally-minded entities in history, which operated in multiple languages and cultural contexts: hence the value of its clergy in diplomatic endeavors. Whatever the origins, between 1250 and 1350, the Mongol Empire operated an extraordinarily efficient imperial system. It even had an efficient postal service, operating across thousands of miles. In the early years at least, the empire practiced total religious toleration.

In international terms, that Christian presence encouraged both Mongols and Latin Europeans to believe that they could form a valuable alliance against the great Islamic power of the day, the Mamluk empire, which was based in Egypt and Syria. In the early days of Mongol power, European efforts at an alliance were scornfully dismissed, as the Mongols simply demanded tribute. From the 1260s through the 1290s, though, there were multiple attempts at a Franco-Mongol alliance, in which the Mongols often played the Christian card. Certainly, said kings like Arghun, send forces to support me in Syria, we will take Jerusalem together, and I will be baptized. He very probably would have carried out that promise, although he would likely have maintained his syncretistic ways, but technically, Jerusalem would again be under Christian rule. Mongol diplomacy stressed that the Christian queens were the descendants of that mythical Christian ruler who was thought to live somewhere vaguely off in Asia, Prester John.

Besides Dokuz and Qutui, Hulagu also aspired to add another Christian queen to his impressive collection. He asked the Byzantine emperor for one of his daughters. That approach caused serious panic, for fear that Constantinople might end up as ruined as Baghdad if the Mongols were displeased with the response. The emperor was however able to locate a suitable princess, Maria, despite her illegitimacy. Next time, I will describe the astonishing career of that queen, that Byzantine Khatun, whose life was as remarkable as those of her Christian predecessors.

The literature on the Mongol Empire is immense, but see especially:

Jack Weatherford, The Secret History Of The Mongol Queens: How The Daughters Of Genghis Khan Rescued His Empire (New York: Crown, 2010) 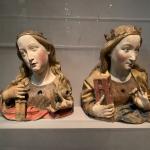 November 8, 2021 Melania, The Christian Queen of the Mongols
Recent Comments
0 | Leave a Comment
"This is a good historical analysis which deals with very complex issues that have influenced ..."
Ralph Weitz Can Northern Evangelical Institutions Survive Evangelicalism’s ..."
"Well, I'd say the version of feminism that says, "A woman without a man is ..."
NorrinRadd It’s a Small, Small Complementarian World ..."
"It seems to be common that the publishers of these various Comp. sites lack the ..."
NorrinRadd It’s a Small, Small Complementarian World ..."
"Independents are just lazy and ignorant, especially of economics."
Roger McKinney Neither Democrat Nor Republican: The New ..."
Browse Our Archives
get the latest updates from
Anxious Bench
and the Patheos
Evangelical
Channel
POPULAR AT PATHEOS Evangelical
1 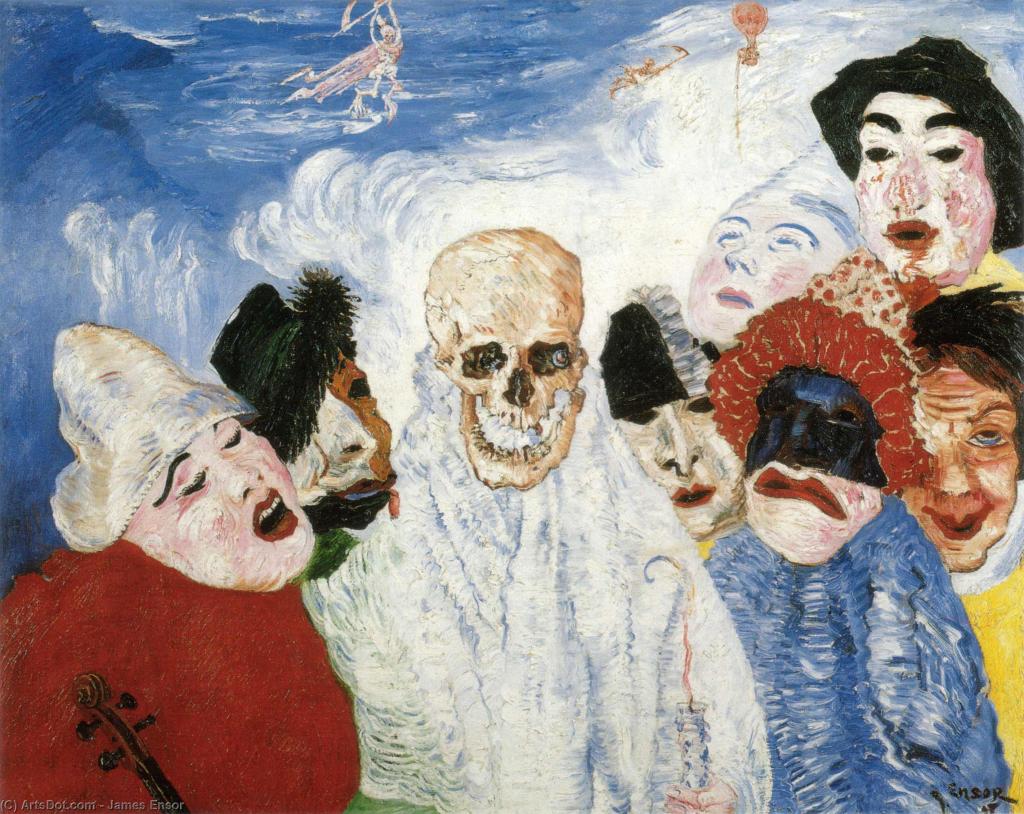