I’m on vacation this week. Sadly, this re-post of an Anxious Bench essay written five years ago, is still relevant.       –David

In 1921 Roscoe “Fatty” Arbuckle was charged with the sexual assault of actress Virginia Rappe at a raucous Hollywood party. According to investigators, the 266-pound film star attacked and raped her, ultimately killing Rappe when her bladder burst “under the weight of his fat body.” (See more of the story here.)

Despite the allegations, Arbuckle went free. Two juries hung before a third acquitted him.

Most Christian leaders condemned both Arbuckle and Hollywood. In an angry article entitled “Hail Fatty, Thy Fame Is Final,” radio preacher Bob Shuler wrote, “His party, his pajamas, his bedrooms and bathrooms, and ladies going to and fro in his drunken party, his dead woman and the revelations attending . . . his dirty and filthy relation to the unspeakable—all make him the best and most fitly advertised man in Moviedom.”

Billy Sunday was the glaring exception. America’s most famous evangelist questioned the entire narrative. He wrote, “I feel sorry for ‘Fatty’ Arbuckle and do not see how any court in the land could convict the fallen idol for murder or manslaughter.” Describing Rappe’s death as an accident, Sunday demanded that Arbuckle be released even before the trial because “he has been punished enough.”

The real perpetrator, the evangelist alleged, was the forty quarts of whiskey at the party. “I blame booze,” he declared. “Had there been no liquor at that party, Virginia Rappe would not have lost her life.” He demanded more funding for Prohibition enforcement.

But mostly Sunday blamed Rappe herself. In a September 18, 1921, front-page opinion piece in the Washington Times, Sunday explained that “without a doubt she went to that party of her own free will and accord.” “From what I gather from the papers, Miss Rappe also went into the bedroom with ‘Fatty,’ not because he forced her to go, for it seems that he did not, but because she wanted to go in there with him.” 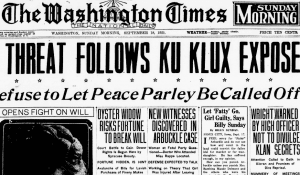 In placing blame on Rappe, the victim, Sunday was participating in a broadly circulating narrative in which Arbuckle had been enticed by a “wild woman.” Rumors circulated widely that Rappe had had five abortions by the age of 16, suffered from venereal disease, and had given birth to a child at age 17 while not married. Some claimed that she dabbled in prostitution. In short, Rappe was a seducer more than Arbuckle was a predator.

Indeed, Arbuckle’s lawyers used this very tactic. After the first trial leaned toward acquittal but ended with a hung jury—followed by another stalemate that had leaned toward conviction—Arbuckle’s lawyer decided to put the victim herself on trial posthumously. He portrayed Rappe as a promiscuous actress who “had slept with half the men on the Keystone lot.” He told the jury that she had had an illegal abortion just a few days before her death.

This strategy of blaming the victim worked. After only six minutes of deliberation, the jury—composed mostly of white men—voted to acquit Arbuckle. The foreman read a formal apology declaring Arbuckle “entirely innocent” and lamenting that “a great injustice has been done him.” The key line in the apology: “He was manly throughout the case and told a straightforward story on the witness stand, which we all believed.” A male foreman—listening to a male lawyer speak on behalf of a male perpetrator—reiterated a familiar discursive construction of male power. He allowed the male perpetrator the privilege of just “being a boy.”

Victim-blaming is particularly evident in evangelical responses to gender-based violence. At one fundamentalist school, an alleged rape victim reported that the dean asked her, “Is there anything that you did that made him do that?” At another college, where one student allegedly assaulted a young woman in her sleep, both the assailant and the victim went through counseling. The victim, however, reported that her counseling consisted of lessons in “modesty,” attributing significant blame to her own habits and actions.

According to Kristin Kobes Du Mez, a historian at Calvin College, evangelical literature on masculinity serves to diminish the culpability of perpetrators. It consists of men writing “a lot about testosterone, and they say it’s God’s gift to men. It makes them strong, it makes them powerful.” Shrugging shoulders and rolling eyes while murmuring, “Boys will be boys,” some evangelicals come close to excusing predation. Du Mez explains that allegations against Roy Moore may have actually bolstered his support. “If [Moore] overstepped his bounds, if he didn’t show the proper restraint, it’s kind of a first forgivable sin, in a sense, it was too much of a good thing maybe.” 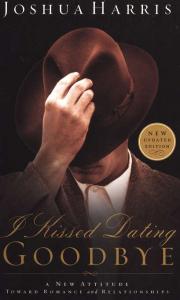 An evangelical culture of female purity compounds the problem of masculine aggression. Consider this testimony of a young woman who grew up in an independent Baptist context: “I can personally attest to [the prevalence of victim-blaming]—I was coming of age at a time when Elisabeth Elliot’s Passion and Purity and Joshua Harris’s I Kissed Dating Goodbye sat on nearly every dorm room shelf at my Christian college. Like many of my peers, however, purity teachings left me convinced that my rape, when it happened, was entirely my fault. As a woman, it was my task to be the sexual gatekeeper. ‘Men will only go as far as you let them’ was practically my generation’s motto.”

This logic, though not recognized or intended by everyday evangelicals, undergirds a culture of victim blaming. Instead of holding male predators accountable for being pure themselves, it blames women for acting and dressing too provocatively. As Du Mez puts it, “There’s an assumption that if a woman was involved in something like that she should share some of that blame or maybe all of the blame.”

Indeed, this sensibility extends far beyond evangelical subcultures. According to the journal JAMA Pediatrics, half of perpetrators believe that their victim is “completely at fault” for the assault. 62% of rape survivors “attributed the most blame to themselves.”

It’s a perverse culture. Those in power—whether they are in structural positions of power or whether they simply carry enough physical strength to physically overpower others—are encouraged to take less responsibility for their actions, rather than more. Even worse is that this same culture also exacerbates the disempowerment of the already weak and vulnerable by blaming them for their own victimization.

Instead of critiquing this system, the tools of evangelical Christianity have perpetuated it. Like broader society, this subculture elevates the voices and perspectives of men. It has also failed to recognize structural inequalities and power, perhaps for understandable reasons. If someone acknowledges that poverty is systemic, then they too are culpable because they’re part of the system. If someone only acknowledges individual choices, then they can retain their cultural power without guilt.

In such a system, as we’ve seen it play out in Hollywood, Washington, and Chicago, it is difficult for powerful men to be found culpable. They work together—knowingly and unknowingly—to retain power. Predation requires more than just a powerful man abusing a woman; it requires a broader culture that systematically protects the powerful, not the powerless.

There are still a lot of Billy Sundays around. His instinct to blame “loose women” and booze more than Arbuckle for Rappe’s death seems galling in this #metoo moment. But this moment is only possible because so much male predation exists in the first place—and because the system protects predators. Billy Sunday contributed to this system. So did the more respectable Robert Shuler, who directly indicted Arbuckle for being immoral—but also indirectly blamed the “ladies going to and fro” around him and his being in “dirty and filthy relation to the unspeakable,” referring to prostitutes. He too contributed to a system that colored women as the problem.

A century later, some of evangelicalism’s most prominent spokesmen (and indeed they are almost all men) continue to abet a culture of masculine aggression. There are exceptions. In a recent TEDx talk, the author of I Kissed Dating Goodbye, articulates his regret in feeding some aspects of purity culture. Harris models a new way forward through lament and listening, especially to women’s voices.

In recent months, these are the voices that have most successfully agitated for change. Unlike the society that acquitted the “manly” Arbuckle, empowerment and voice for women in our time is a real possibility. But in an evangelical movement still characterized by pervasive male power, women and their advocates are only beginning to be heard. 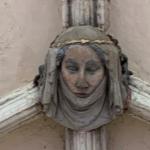 July 19, 2022
Forgetting Our Medieval History: The Holy Women of Liége
Next Post

July 21, 2022 Creating the Myth of Mary Magdalene
Recent Comments
0 | Leave a Comment
"Thanks for these observations. Adventists are definitely not persecuted. Mostly because the draft isn't in ..."
Lisa Clark Diller Hopeful Apocalypse
"This is a very informative post. check this okbet ph"
thaomas Signs, Wonders, and the Making of ..."
"This is an interesting list of examples showing that humans throughout history are incredibly superstitious ..."
Jeff Bingham Signs, Wonders, and the Making of ..."
"Looking hard at the documented evidence for ancient societies, I find no examples suggesting anything ..."
philipjenkins Show Them No Mercy: The Bible ..."
Browse Our Archives
Related posts from Anxious Bench