I am thinking of founding a Museum of Religiously Incorrect Art.

We presently live in a world of broad ecumenism and toleration. It’s instructive, then, to recall how much religious debate through the centuries has been so extremely confrontational and downright nasty, and this is especially true of conflicts within faith traditions. No church or denomination has any monopoly on this rhetoric. We think readily enough of the rich anti-Catholic tradition that has so often surfaced within Protestantism, but the traffic was definitely two way. (The Orthodox also have their own history, but that’s another story). We pay vastly too little attention to anti-Protestantism as a theme in Christian history.

This was brought home to me some years back when I visited Rome’s mighty church of the Gesù, mother church of the Jesuits. The order’s founder St. Ignatius Loyola is buried here, and his tomb is marked by two awe-inspiring sculptural compositions from the 1690s. Both were designed to be completed ready for the Holy Year of 1700. To the left of the altar, we see “Faith Defeats Idolatry,” which theme is uncontroversial enough (or was, until the rise of modern sensibilities). To the right, though, we are in much more interesting territory. Here we see Religion Overthrowing Heresy and Hatred, by the French sculptor Pierre Le Gros, the younger. Religion here is a vigorous and distinctly angry young woman, who through the cross subdues and defeats two sinister and flailing figures.

“To leave no doubt as to who specifically are considered heretics, three books bear the names of Luther, Calvin and Zwingli, whose book is torn apart by a putto,” an angel. Those Protestant leaders are to be thoroughly canceled, and their writings abolished. 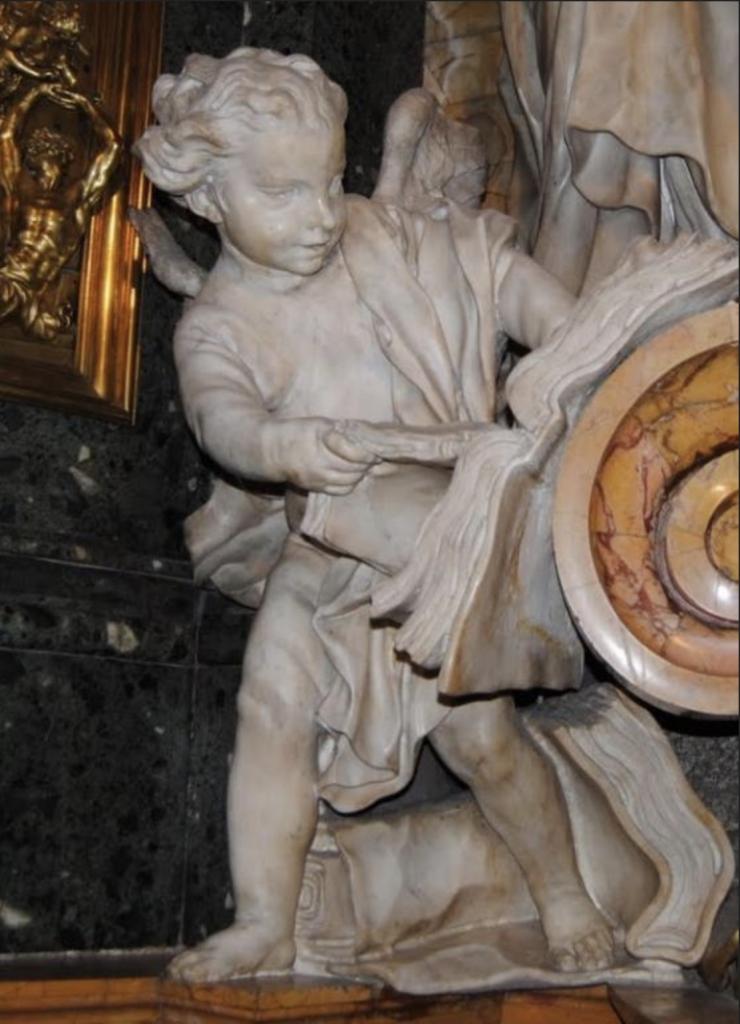 Now, such a polemic is scarcely shocking when set beside centuries of Protestant depictions of the Pope as the Antichrist or the Whore of Babylon. But it is striking to see such venom specifically directed against the key Protestant Reformers. Incidentally, nothing you see in the church today draws the slightest attention to the controversial quality of these pieces: either you already know what they are, or you won’t find out.

It’s also a powerful reminder of just how late the Catholic Reformation could plausibly hope to win a global victory that would sweep away Protestantism once and for all. “Religion” (Catholic) is a young figure, while Heretical Protestantism is for the decrepit and deranged 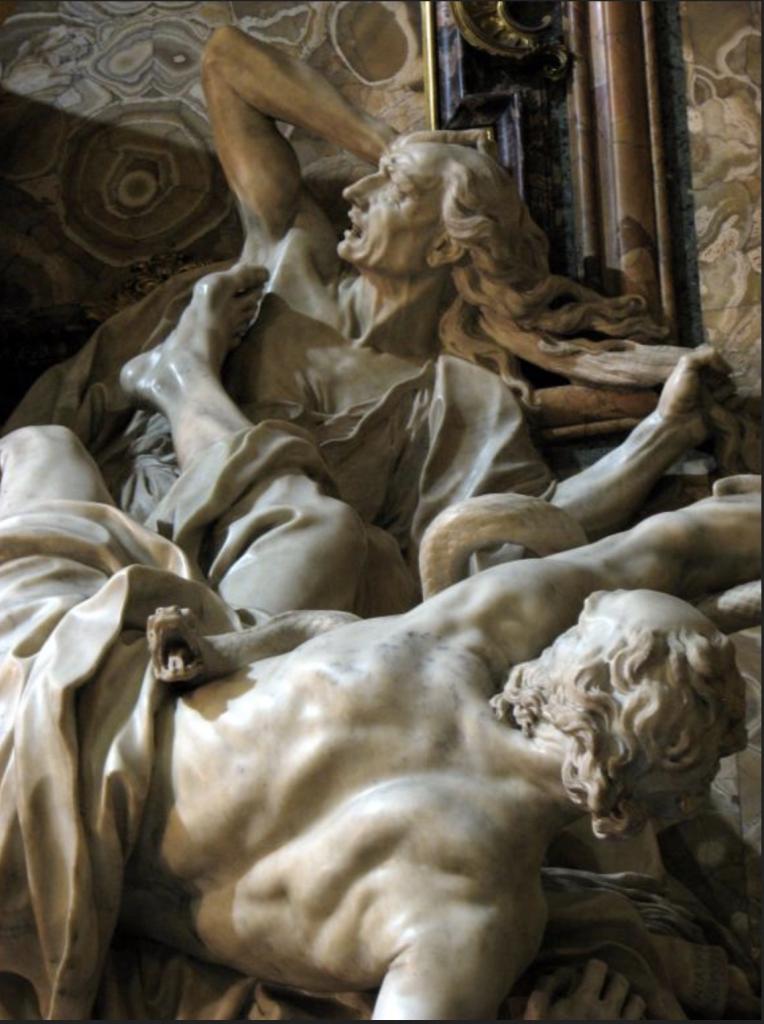 Still by 1700, France’s Louis XIV was by far the most powerful European ruler, engaged in repeated wars with the British and Dutch, while the Habsburgs were steadily engaged in suppressing or expelling their remaining Protestant minorities. The great era of English world power was yet to begin. In hindsight, we might think of the eighteenth century in terms of a North European Protestant hegemony that would soon become global in scope. At the time, though, Catholic hopes were still riding high, and plausibly so.

It is also worth remembering how swiftly after all this matters changed. In 1704, the English suddenly became a major military power when the Duke Of Marlborough triumphed over the French at Blenheim. At the same time, a series of Papal decisions in the so-called Chinese Rites controversy devastated Catholic hopes for securing mass conversions in East and South Asia. Suddenly, almost overnight, it became clear that the two churches were a lot more evenly matched than might have been apparent a few years before.

Never count your heretics before they are dispatched.

And just to provide denominational balance, here is a Lutheran depiction of the Papacy as the apocalyptic Whore of Babylon, from 1534. 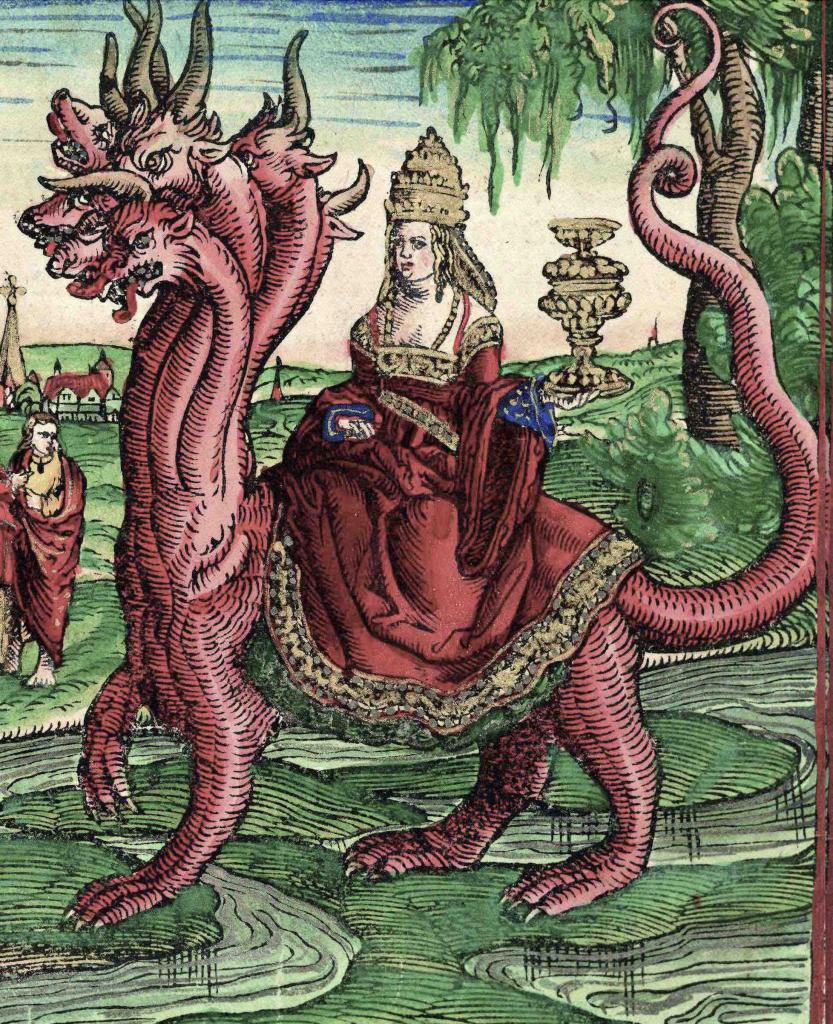 This all gets to a much larger point, namely the enormous power and pervasive influence of anti-Protestant thought throughout Catholic history over the past five centuries. I’ll return to this in my next post.

September 30, 2022 History, Royalty Chic, and the Upside Down Kingdom
Recent Comments
0 | Leave a Comment
"Impressive article. Provides the necessary perspective for entering into an informed discussion about the science/religion ..."
the old scribe Science, Religion, and Nineteenth Century Protestantism
"Very helpful! Thanks! It seems history has always been used as a weapon."
Roger McKinney Science, Religion, and Nineteenth Century Protestantism
"You have done nothing to refute my point. Certainly we should do the affirmative things ..."
NorrinRadd Ron Sider and the Fate of ..."
"When we try to prohibit behavior that many people consider, we simply drive the behavior ..."
Silverwolf13 Ron Sider and the Fate of ..."
Browse Our Archives
Related posts from Anxious Bench