This semester I am teaching one of my favorite courses: “Women, Gender, and Sex in American Religious History.” It’s a graduate course, so I joke that it’s basically my personal book club: I make a bunch of smart people read and discuss a different book of my choosing every week! What’s not to love?

This is my fifth time teaching the course (the first was in 2014). Each time I change about a third of the books to mix it up and explore new scholarship. Two years ago, I surveyed the books I put on the reading list for the first time in 2020. (Hence “Part 2” in the title!) This year, there are four newbies. Three are recent releases and one is a slightly older book I’m trying out for the first time.

I invite you to read along with us! 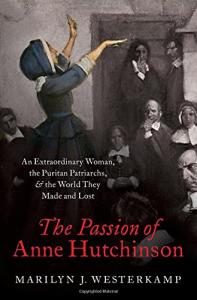 Marilyn Westerkamp, The Passion of Anne Hutchinson: An Extraordinary Woman, the Puritan Patriarchs, and the World They Made and Lost (Oxford University Press, 2021)

The most famous Puritan woman in American history is famous for getting kicked out of the Massachusetts Bay Colony. This is exactly the sort of thing that historian Laurel Thatcher Ulrich had in mind when she coined the phrase “Well-behaved women seldom make history.” In this book, fellow women’s historian Marilyn Westerkamp asserts that, far from being an obvious heretic, Hutchinson actually looked a lot like a quintessential Puritan. Westerkamp therefore explores what the controversy surrounding Hutchinson’s beliefs and practices—and what her sex had to do with it—can tell us about the nature of that religious community. 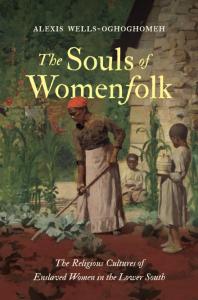 Alexis Wells-Oghoghomeh, The Souls of Womenfolk: The Religious Cultures of Enslaved Women in the Lower South (University of North Carolina Press, 2021)

If you have ever feared that all the interesting topics in history have already been taken, think again. To my knowledge, this is one of the only books focused on the religion of enslaved women, and it was only published last year! Wells-Oghoghomeh makes creative use of the few sources available on the perspective of enslaved women to tease out their cosmological beliefs, practices, ethics, and sources of transcendent meaning—and how all of those related to their unique embodied experiences. Rather than working backward in her explanations of this era from the eventual formation of the Black church, she works forward from the inheritance of African religion. She then seeks to discern what enslaved women did and believed without reducing their religion to the paradigm of Christian, non-Christian, or syncretistic. Check out fellow Bencher Melissa Borja’s interview with the author. 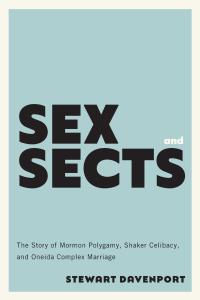 In 1981, Lawrence Foster published Religion and Sexuality, a book that compared three nineteenth-century sects with origins in the Christian tradition. All three altered historically Christian beliefs and practices about marital relations between men and women, and Foster argued that it was the cultural shifts of that era that made these communities compelling for a surprising number of Americans. I put his book on my first ever syllabus for this class, and I’m excited to explore how Davenport revisits the topic in light of the subsequent scholarship of the last forty years. 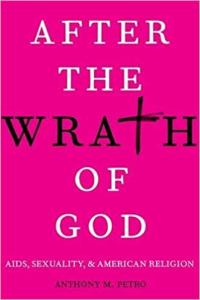 I confess this book was not published in the last two years. Rather, it is one of the early pioneers in the intersection of LGBTQ history and religious history—and it’s less than 10 years old! (I was already assigning Heather White’s Reforming Sodom: Protestants and the Rise of Gay Rights, also from 2015.) Petro explores how different American religious groups responded in different ways to the AIDS crisis in the 1980s and the concurrent increasing consciousness about homosexuality. Petro centers this public health emergency as a major contributor to the current culture wars, but one that did not polarize religious Americans all on one side. Check out Petro’s surprisingly related contribution to this Anxious Bench post on potential new plots for American Girl dolls.

September 27, 2022
The Southernization of American Evangelicalism (and American Christianity)
Next Post