“Christianity projected to lose majority status among Americans by 2070, Pew model projects.” That is the key takeaway from a recently published report from the Pew Research Center. I have no problem with the report itself, which is well researched and presented, and if anything, might be over-cautious in its projections. I would argue that the real changes the study portends go beyond any mere process of counting formal believers and church members.

Since 2007, Pew studies have done a terrific job in tracing declines in religious affiliation and affirmations of Christianity. As one example, ponder the following:

As recently as the early 1990s, about 90% of U.S. adults identified as Christians. But today, about two-thirds of adults are Christians. The change in America’s religious composition is largely the result of large numbers of adults switching out of the religion in which they were raised to become religiously unaffiliated. In other words, a steadily shrinking share of young adults who were raised Christian (in childhood) have retained their religious identity in adulthood over the past 30 years. At the same time, having no religious affiliation has become “stickier”: A declining percentage of people raised without a religion have converted or taken on a religion later in life.

The researchers tracked those recent trends in religious affiliation, and projected them into the near future, using a variety of possible scenarios. As those researchers do not need telling, they made no allowance for Black Swan events, such as, say, the Great Elk Pox Pandemic of 2037, or possible legislation such as the Total Prohibition of All Immigration, Seriously, And We Mean It, Law of 2046.

According to the various models, Christianity might well keep its status as the largest American religious affiliation, but as a proportion of the population, Christian numbers might vary anywhere between 35 to 54 percent. The scenarios range greatly in terms of plausibility, and the researchers strongly suggest that most likely Christian figure would be at 40 percent or a bit below.

Meanwhile, the proportion of Nones would grow sharply. Presently, it stands at 30 percent, which is a very sizable increase from where it stood not too long ago:

In 1996, the share of unaffiliated Americans jumped to 12%, and two years later it was 14%. This growth has continued, and 29% of Americans now tell the GSS they have “no religion.”

Since 2007, the percentage of adults who say they are atheist, agnostic or “nothing in particular” in the [Pew] Center’s surveys has grown from 16% to 29%.

According to various scenarios in the 2070 projection, the Nones might reach 34 to 52 percent, with the most probable figure being in the high-forties range. In other words, the most credible future would see the Nones as America’s largest group by 2070, well ahead of Christians, and steadily increasing their advantage. That surely points to a society that is radically more secularized than anything we might contemplate today.

Other Religions would also grow in all scenarios, from a present figure of just six percent for all combined, to possibly twelve percent of the whole. Given the very small numbers we presently have of Buddhists, Muslims, and Hindus, that would constitute a substantial change. Having said that, members of those “other religions” could be fanatical in their faith, or totally indifferent – the Pew study makes no attempt to discover that, and nor could it.

As I say, I find nothing improbable about any of these numbers, but it is crucially important to understand what they do and do not involve. These measure affiliation, not belief, and certainly not nuances of belief. Those Nones are people of no religious affiliations, but not necessarily atheists or agnostics. “Nothing in particular” could still mean prayer and Bible reading, but just not a commitment to any denomination.

Christians, similarly, are those who assert their affiliation to Christianity, regardless of any specific values, beliefs or practices. I stress that because of what I know about European analogies from the 1960s onward. As those countries secularized – initially in Scandinavia and Northern Europe – notional church affiliation remained quite strong, and people continued to participate in church rituals, such as confirmation classes, and also continued to pay voluntary church taxes. Only recently has that pattern changed, particularly with the church taxes. But in most other respects, those societies abandoned the churches in vast numbers, giving up regular church attendance, and drifting rapidly away from any Christian doctrine. De facto, plenty of those church members – those notional Christians – became Nones in terms of their affiliation with any concept of historic Christianity.

Is that the likely future of US religion? If so, we might also expect that the real Christian future on these shores, as in Europe, will increasingly be a matter for immigrant churches of Global South origins.

There is plenty to debate here, but that report repays careful study.

Of course, given the drooling lunacy coming out of the Kremlin these past few days, I will be very pleased if we actually reach 2027, never mind 2070. Anyone for an apocalypse? Maybe the future really is None… 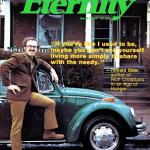 September 21, 2022
Ron Sider and Evangelicals for McGovern
Next Post

September 23, 2022 Call It What It Is: On Race Riots
Recent Comments
0 | Leave a Comment
Browse Our Archives
Related posts from Anxious Bench