The Old Faith in a New Nation: A Conversation With Paul Gutacker 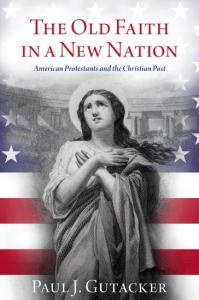 We commonly assume that American Protestants haven’t ever cared much about church history. Paul Gutacker’s new book shows us why that’s wrong. It’s one of the best kind of history books: it changes our understanding of something fundamental by exposing what was “hiding in plain sight” in the historical record. That’s why I’m delighted to share with you my recent conversation with Paul about The Old Faith in a New Nation: American Protestants and the Christian Past. 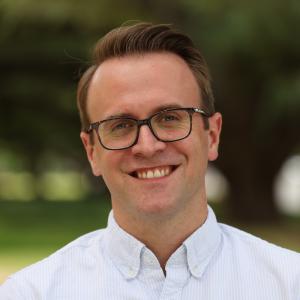 Paul is well-situated for this work on both American and church history: He teaches as part-time Lecturer in American and World History at Baylor University and also serves as executive director of Brazos Fellows, a nine-month residential fellowship based in Waco, TX. Brazos Fellows offers college graduates a year of formation through theological and church historical study, spiritual disciplines, vocational discernment, and life together. Paul holds a PhD in History from Baylor and a ThM and MA in Theological Studies from Regent College (Vancouver, B.C.). His book, The Old Faith in a New Nation: American Protestants and the Christian Past, is now available from Oxford University Press.

Andrea Turpin: The book challenges a stereotype of antebellum American Protestants as ahistorical—as disinterested in history and tradition. Why does this perception exist?

Paul Gutacker: The main reason is that the Protestant denominations that most expanded after the American Revolution were those that innovated and experimented. Optimistic that both the nation and the faith would flourish once old European norms were left behind, many Americans looked forward, not to the past. What’s more, many evangelical Protestants claimed to rely on “the Bible alone,” not any human tradition or authority, for guidance. And many—including Churches of Christ, but also Baptists and Methodists—believed genuine Christianity would be restored if they could get behind centuries of corrupt church history and return to the pure, apostolic-era faith. It would seem that history and tradition were entirely irrelevant in this moment in American Christianity.

AT: So how is this stereotype wrong? What does it miss?

PG: The problem is that we have conflated a principle with a method. In other words, we’ve taken a proclaimed rejection of tradition to mean that these Protestants groups were ignorant, or at least dismissive, of the Christian past. In fact, something like the opposite was the case: their belief that they were restoring apostolic Christianity was encouraged by a particular reading of church history.

In fact, even those groups most eager to depart from tradition studiously read and published histories of Christianity, cited church fathers, claimed to find centuries-old precedent for their positions, and insisted on the importance of historical education. For example, the Restorationists defended their project by pointing to what had gone wrong over the course of church history. In the very first edition of his periodical the Christian Baptist (later renamed the Millennial Harbinger) the Restorationist leader Alexander Campbell published an editorial on the history of Christianity. He instructed readers in several important lessons to be learned from the Christian past, advised them to studiously learn this past, and recommended several church histories for their consideration.

AT: What, then, did evangelical Protestants believe about Christian history? What was the narrative?

PG: The typical narrative went something like this: Genuine Christianity was more or less maintained until the rise of Constantine, when power and wealth began to corrode the faith. The post-Constantinian church was corrupted by superstition, rife with bitter dogmatic disputes, and oppressive of the laity, degradations aided by the church-state alliance, the influence of Greek philosophy, and the growth of the papacy. By the middle ages the institutional church was thoroughly superstitious, authoritarian, and antichrist. Luther and the other sixteenth-century reformers broke the hold of the papacy and recovered the primacy of scripture—yet the ongoing connections between church and state kept Europe from fully recovering the vitality of early Christianity. But, with the disestablishment of state churches and the enshrining of religious freedom, American Protestants were finally completing what the Reformation had started.

As you can see, this historical narrative encouraged American exceptionalism. It was in the United States that the mistake of Christendom was being undone, where the story of Christianity was coming to its climax. And this narrative was also thoroughly anti-Catholic. Even when Protestants disagreed on when and why things had gone wrong in church history, all took for granted that Roman Catholicism was to blame. Those who challenged this assumption, such as Philip Schaff, were loudly criticized for undermining Protestantism. In other words, this historical narrative was used to shore up the Protestant nation against the threat of Catholic immigration.

AT: You describe the book as an account of American Protestant uses and misuses of history. Can you give an example?

PG: We see this most vividly in the antebellum theological debates over slavery. In the early 1840s, the question of slaveholding in the Christian past became a prominent aspect of the debate. Pro- and antislavery Christians across denominations—Presbyterians, Baptists, Methodists, Catholics, and Episcopalians—argued over patristic teaching, councils and canon laws from the medieval church, and the effect of Europe’s Christianization on slavery. Both sides believed they were on the “right side” of church history. And the ways they understood and used history to support their position made it all the more unlikely that the argument would be resolved by anything other than war. In other words, rather than historical memory providing resources for resolving the crisis, the remembered Christian past only made the debate more intractable. History, like theology, was subservient to politics, culture, and race.

AT: Did you find any other differences in the use of church history among Protestants, say, something emphasized by women, or African Americans, or a particular denomination?

PG: While Baptists, Presbyterians, Methodists, etc. often put their own denominational spin on the Christian past, they generally agreed on the shape of the grand narrative of the church’s corruption and renewal—summarized above. During my research I was struck more by this commonality across denominations than the differences between them.

That said, some groups paid greater attention to particular historical subjects. African American historians, for example, highlighted African contributions to early Christian theology, and cited North African church fathers both to counter arguments about racial inferiority and to inspire Black educational enterprises. Female historians from the 1830s on did much to recover the importance of women in Christian history—though these “nursing mothers of the church” were employed toward very different ends. Some writers used the women of Christian history to argue for women’s rights, others to reinforce that women’s calling was to be spiritually nurturing wives and mothers. Whatever their cause, women and Black historians still operated within and used the anti-Catholic historical narrative held by other Protestants.

AT: How does this project challenge our understanding of “biblicism”?

PG: Of course, for these Christians the Protestant Bible held preeminent authority. But it never wielded this authority in isolation. While it makes sense to call these Protestants “biblicists,” we must recognize the ways in which their biblicism was conditioned by historical memory and tradition. Even when they claimed to rely on “the Bible alone,” American Protestants frequently turned to the Christian past to underscore or clarify the meaning of scripture. They approached scripture already inhabiting a narrative, either implicit or explicit, about the history of Christianity and their place in it. These historical assumptions shaped their self-understanding and guided their interpretation of the Bible. They never read, nor argued over, the Bible alone.

AT: What can we learn from this history today?

PG: Somewhat ironically, this is a history book about the limitations of history. I hope that it corrects an overly-optimistic view of history, in other words. Sometimes we historians give the impression that all that is needed to get things right is more historical understanding. Or, in some Christian denominations, we seem to believe that if we have a strong connection to the past, or a robust tradition, we won’t have any difficulties. But just like we can use and misuse the Bible, we can misuse history as well. We can twist the past to confirm what we already think, or to serve our own agenda. Both history and tradition are invaluable and necessary, but this story of American Protestants and the Christian past should chasten our optimism about history neatly and finally solving all of our problems. 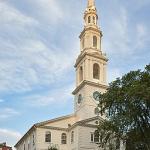 January 26, 2023 The Myth of the Men-Stealers
Recent Comments
0 | Leave a Comment
Browse Our Archives
Related posts from Anxious Bench