Of Weddings and Cakes 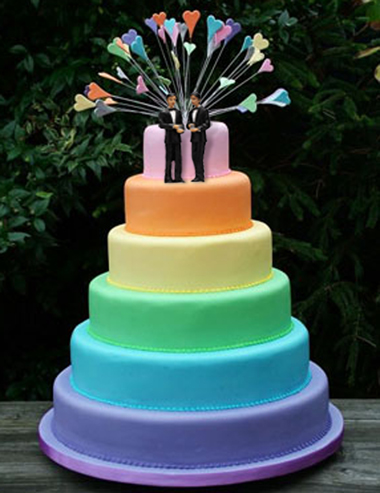 This question was making the rounds on Facebook on July 4:

There are large holes in this comparison, but despite that I like it, because I am so sick of hearing of ‘traditional Christian  marriage’, as if Christianity has a basic definition of marriage, with Jesus’ stamp of approval on its injunctions:  conformity of desire, heterosexuality, and pre-marital virginity.  No such words ever came from Jesus’ mouth.

We are reminded, ad nauseum, by those who say they speak for Christian marriage, that Christians have a moral duty to be able to engage in active disapproval of other people’s sexual lives – active disapproval – the tut-tutting, gaze-averting, sniffing-in-disdain kind of behavior for which Christians, sadly, have become all too well known; and the enactment and defense of laws that exact penalties on those who live differently.  It has taken decades to undo laws forbidding marriage between races and between same gender people, and the hard-won freedom to obtain abortions is still embattled in churches.  It has taken decades to win the freedom – first for married women, and then for unmarried women, to obtain birth control. 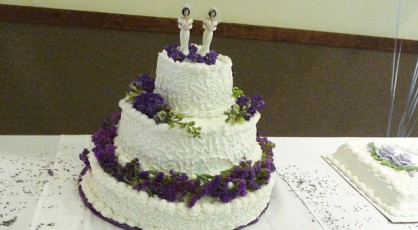 Christian sniffing around other people’s bedrooms has moved from one fixation to another over the centuries, and not one of these so-called damnable sins has come out of the gospels.  It was adultery in the court of Henry VIII that held public fascination and allowed Henry to behead a couple of wives.  Jesus, though, actively defended a woman caught in adultery, according to John, and shamed those who were attacking her.

In other ages, divorce, birth control, abortion, sex between men and women of different races, pregnancy before marriage, single motherhood, and most recently, gay sex, have come under the magnifying glass of Christian teaching and preaching.  And sniffing. 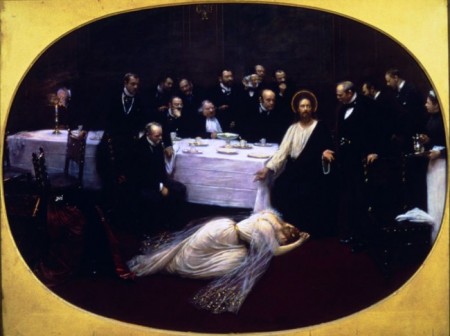 Jesus, according to the gospels, never uttered a definition of marriage, was largely uninterested in sexual sinning, and was quite interested in defending the honor and faithful hearts of prostitutes, adulteresses, single women, and other morally unacceptables (foreign born or visibly ill).  He was keenly concerned with putting the lie to honor codes, held up by the religious establishment of his time. 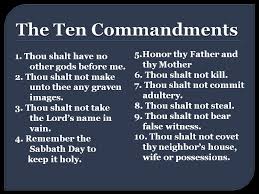 The Ten Commandments, the highest law of Judaism, mention only one sexual sin, adultery.  Yes, there are other biblical legal injunctions that mention a variety of sexual practices as taboo, but scholars have pointed out that these laws are considered minor laws, easily able to be changed, and are codified in lists that also include such infractions as eating shellfish.   Something most Christians do with relish in the summer.

In the Ten Commandments adultery is a biggie, yet it is not a biggie in modern Christian social concern.

It was adultery that cost John the Baptist his head.  Not his adultery, but King Herod’s, which John dared to mention publicly.   John called out the king for having an affair with his brother’s wife, murdering his brother, assuming the throne, and marrying his brother’s widow, all in short order.  Shakespeare took this plot and developed it in Hamlet, with such complexity of detail that we all know the damage that was happening in John’s time, the political intrigue, murky money, betrayal and shame Herod sowed. 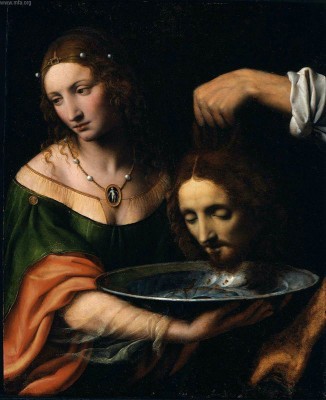 As Mark told it:  Herod sent men who arrested John, bound him, and put him in prison, on account of Herodias, his brother Philip’s wife, because Herod had married her. For John had been telling Herod, “It is not lawful for you to have your brother’s wife.” .  .  .   Herod feared John, knowing that he was a righteous and holy man, and he protected him. When he heard him, he was greatly perplexed; and yet he liked to listen to him. But an opportunity came when Herod on his birthday gave a banquet for his courtiers and officers and for the leaders of Galilee. When his daughter Herodias came in and danced, she pleased Herod and his guests; and the king said to the girl, “Ask me for whatever you wish, and I will give it.”

Prompted by her mother, Mark says, the girl asked for John’s head.  And Herod granted her request.  Shall we blame the wife?  After all, she would bear the most humiliation for the marriage, in which she may have been a prisoner of sorts, trading her legitimacy for safety.  Or was Herod grateful for the opportunity to get rid of John, whom he had already thrown in prison? 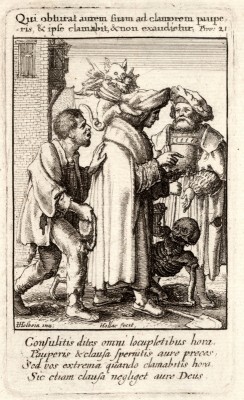 What Jesus exposed in the rich and the pious was their insufferable self-righteousness, their ignobility in comparison to those who knew themselves to be great sinners and loved God still.  God’s grace would be poured out, Jesus taught, not on those who ‘earn’ it but on those whose hearts were open and who were not proud.

And what Jesus required of the ‘family’ of God was to do good even to their enemies, to forgive seventy times seven, to meet needs rather than judge character, to let the whole motley world grow together, like a field of weedy wheat, and leave God to sort it all out.

According to the Scriptures, corruption occurs in relationships when lies and betrayal, scheming and selfishness enter.  And according to Jesus, there is no corruption in true love, gay or straight, married or unmarried, or in any definition of family.  All of whom deserve celebratory cakes.

3. Feast at the House of Simon the Pharisee, Jean Baraud, 1865-1935, Wikepedia,US-public domain. (Jesus defends prostitute, who has come in uninvited, to be near him.)