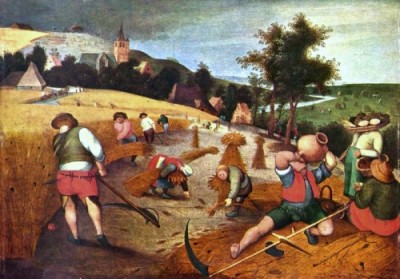 Seeds are a focal image for Jesus, an icon of the kingdom of God. It was seeds that invented sex, in the course of evolutionary life.  Planting, sowing, tending, growing —  all of these are Jesus’ images for the work of bringing the kingdom to fullness on earth.  At times he spoke about the kingdom as good seed growing among weeds, as seed growing in all kinds of inhospitable places, as a good and fruitful tree, as an unfruitful tree given another year, a second chance — and as harvest.

And so it is important that we understand the true power of seeds, and not romanticize them as tiny things with no power that just need love. 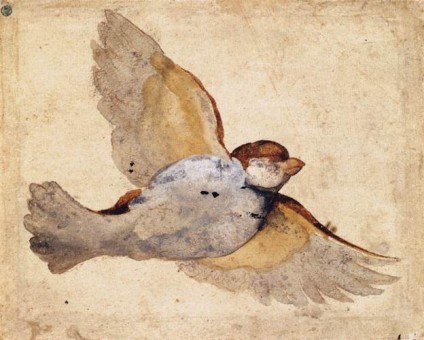 In fact, seeds invented sex.  And in doing so, seeds expanded the possibility for life in so many forms, as flowering things, as animals in all their many forms, and in human beings.

Before seeds, there was no such thing as male and female on this earth.  For ever so very long, for eons, reproduction on this earth occurred through cell division and through spores.   Neither of these is related to gender, and neither produces off spring that differ from the parent.  Cells – and ferns, and spore-reproducing plants – clone themselves. Ancient reproduction still exists, cells still divide and many plants clone themselves through spores.

The ancient earth was green, a large variety of shades of a single color.  The Garden of Creation  then lacked the fruits of temptation in those days (those eons), and lacked all the color that fruits, flowers, and animals in their colorful coats and feathers, provide this world. 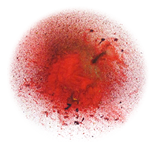 Then came seeds – which, in their miraculous ability to store energy and to let it out in sudden bursts that allowed for rapid growth, allowing so much that was new to come into this world.   Scientists tell us that plants began this, with flowers.  So we owe it all to flowers – the birds, the bees, and us.

All manner of creatures that needed to consume and expend came into being, with their varying gestation cycles, and their relation to seasons.  Cycles of life, stages of life changed remarkably.  And the key to all this was the energy plants had learned to develop in their seeds, which allowed the plants to blossom, which allowed them to reproduce more quickly, and to multiply in this world.

We like to talk about ourselves as seed planters, sowers, broadcasters.  In truth, it was seeds that planted us in this earth, seeds that made our life form, and so many others, possible.  The earth became colorful, and we emerged in the colorful garden the world had become. 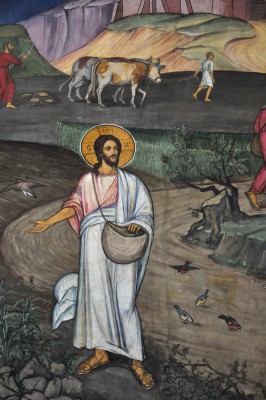 So it is true in ways we don’t usually think about, when on Ash Wednesday we are blessed with the words; Remember, O Man, that thou are dust, and to dust thou shalt return.  We are made creatures, made by a new possibility that was sown into this world by seeds.  And we return to become food for the making of new creatures, in their time and in their seasons.

Seeds are wonders and also mysteries:  within the acorn lives the entire design of a mature oak, a plan that can only unfold one leaf at a time;  and within each of us, written into our DNA, lives far more than we yet know about our own design.  Yet seeds also make it possible for the unknown to emerge, as offspring that are the product of a blending of male and female produce their own inexplicable design, made from the traits of many ancestors.

DNA seems so much more sophisticated than seeds.  Yet seeds are containers for DNA, and in this, seeds contain entire kingdoms.  The past, present and future of each species is in its seeds.   Jesus spoke often of the kingdom as sprouting from seed. 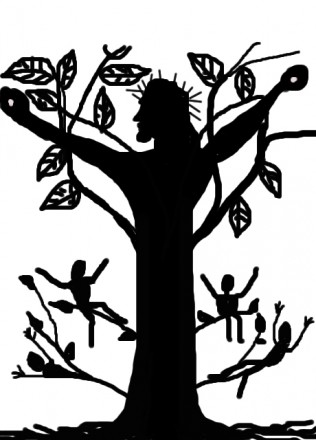 In other parables, Jesus emphasized the qualities with which seeds had endowed the world:  the sudden bursts of energy that break forth in the world as goodness, as hope shared, as courage, as peace.  And Jesus spoke of the imperative role of desire in kingdom life, of fervent choices made.  He spoke of the strong colors of the kingdom, which is not a bland place for nice people who are never bolder than beige, but is vibrantly colorful,  in larger-than-life possibilities,  boldly announcing themselves as ready to be born (as the peacock fans his feathers before mating, as the finch turns gold, as the deer grows antlers, as the human male brings roses to his sweetheart,) all of this color aimed at finding new life.

Mostly, Jesus spoke of the kingdom as a way of radically altering the world to allow a lot of life that hasn’t happened before to emerge. Seeds bring us endless easters as they rise from the earth into which they have fallen.

Aren’t these the questions the church needs to answer?  What are we seeding?  Is it bold enough to bring new color and new form to the earth?  Is it varied enough to be truly human?   Does it merge past, present, and future into a new beginning, or does it merely use the past to beat up the present and predict a dire future if too much energy, too much desire, too much color, is brought forth?

Seeds ask us all to remember the power we have within us, and to let it explode, quickly, imaginatively, awesomely, for Christ’s sake.

3. Intense Apple, Sally Belshaw, used by permission of the artist.