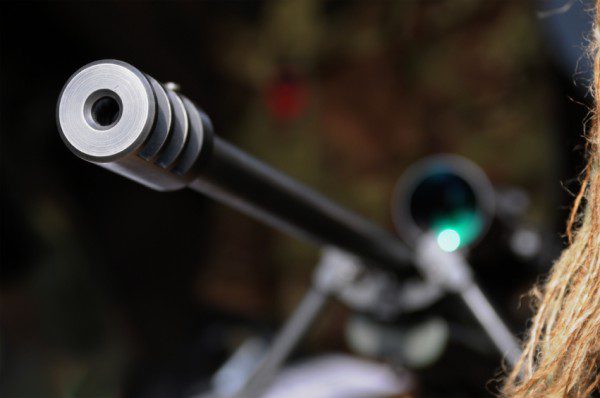 Medal of Honor recipient Dakota Meyer did not appreciate Michael Moore’s tweet about sniper, apparently referring to the new movie “American Sniper” about the life of hero Chris Kyle:

My uncle killed by sniper in WW2. We were taught snipers were cowards. Will shoot u in the back. Snipers aren’t heroes. And invaders r worse

“I served as a Marine sniper for three years, and I believe the film American Sniper depicted what we do perfectly. A sniper’s primary goal is to eliminate ground threats for U.S. guys on the ground. Is that what a coward is? A person whose goal is to save the lives of his warrior brothers?

But I thought this sign, that he and my mom held up, was more succinct: 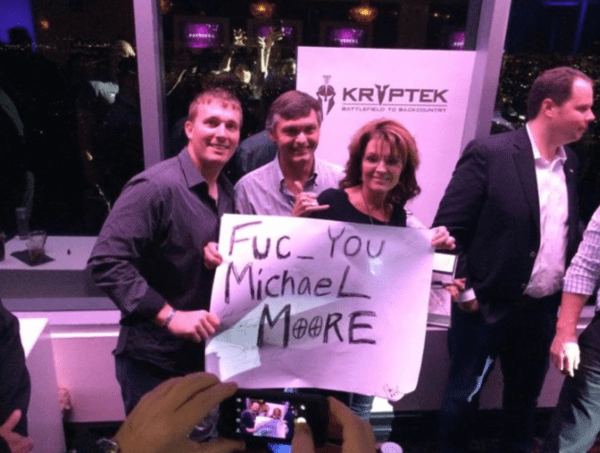 January 22, 2015
Grammy-winning Rapper Lecrae about When His Girlfriend Got an Abortion: "That Day a Part of Us Died"
Next Post

January 23, 2015 That Time Sarah Palin and I Got to Meet Chris Kyle's Widow, Taya, Ted Nugent, Dakota Meyer, and More!
Browse Our Archives
get the latest from
Politics Red
Sign up for our newsletter
POPULAR AT PATHEOS Politics Red
1 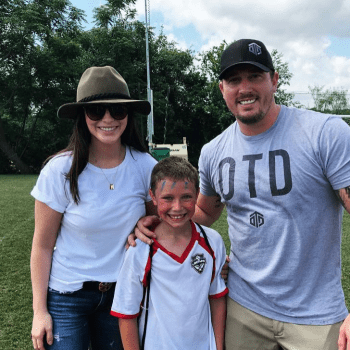