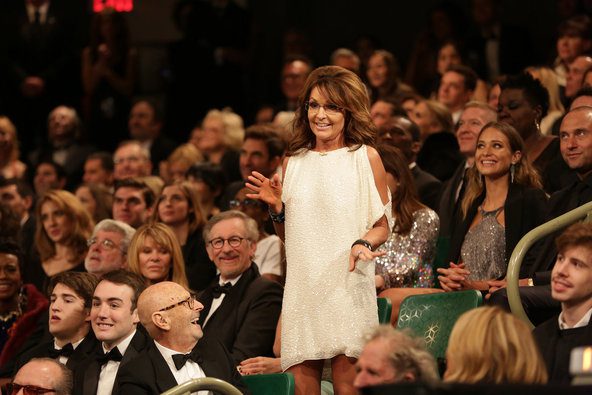 Mom looked great and was hilarious on Saturday Night Live’s 40th Anniversary Special (and yes, she borrowed my dress!)

“I’m just curious, Jerry, how much do you think Lorne Michaels would pay me if I were to run in 2016?” she asked Jerry Seinfeld.

Here’s his response — at about the 6 minute mark.

[Guess what happened after this was shot?  Some hecklers tried to rile up my mom.  She didn’t let them.]

February 17, 2015 Watch What Happens with Annoying Hecklers When Sarah Palin Stops to Sign Autographs in New York
Browse Our Archives
Follow Us!