Sarah Palin Shows Hillary What a Work/Life Balance Looks Like 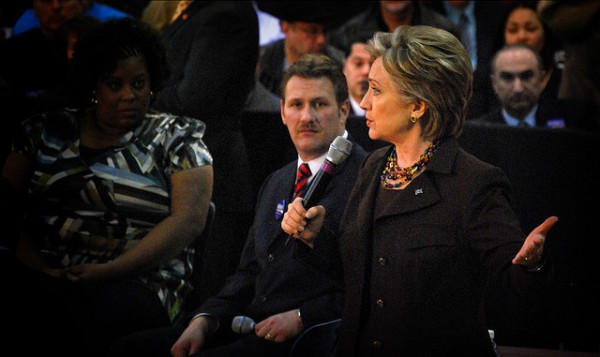 Hillary Clinton’s email scandal has hit the news big-time. Everyone is weighing in on whether it was a big deal, what should be done around it, what it says about Hillary, and whether we should get to read those emails! Hillary finally came out and made an excuse… err, statement… about her use of a personal email address for government business. I’m about as convinced as my mom is. Here’s a photo she shared on Facebook: 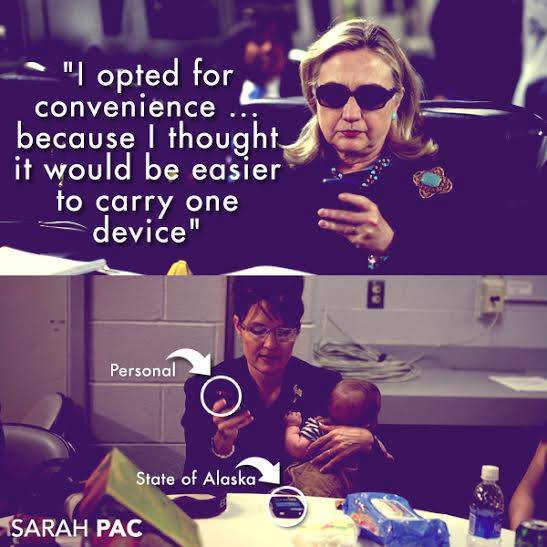 That’s what I call a work-life balance!

On a more serious note, I’ve mentioned before that my mom’s emails were investigated after the 2008 campaign. Guess what they found? In Drew Griffin’s words from CNN:

“I think what we’re seeing here is a hard-working governor, working hard for the state of Alaska, a lot of discussion about policy, about taxes, about cutting budgets, a lot of just mundane state government work.”

In other words, all the liberals and reporters itching for dirt on Sarah Palin were sorely disappointed. That’s the difference between a real leader and a politician. Leaders get things done. They serve the people they’re appointed over. Politicians talk about people behind their backs, call their opponents “icky” and “crazies,” and are scared stiff that their private comments will be made public because it’ll show them for who they really are.

I wonder, would Hillary stand up to the same scrutiny my mom faced? So far, she’s pushing back pretty hard and has NO intention to make her correspondence “transparent.”

What does she have to hide?

March 14, 2015 Praying for Families of Marines Lost in Helicopter Crash
Browse Our Archives
Follow Us!