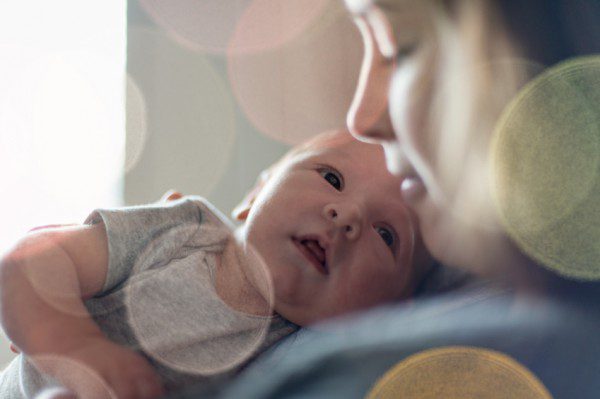 Melanie Pritchard doesn’t remember everything that happened the day she died, but she is so grateful that she – and her daughter – lived to hear the story.

Here’s how her story begins:

When I was pregnant with my first child I researched doctors and hospitals, knowing that not all hospitals and their doctors look upon unborn children as equally human and valuable as their mothers. I intentionally drove 25 minutes out of my way to see a pro-life OB/GYN and deliver at a hospital that I knew valued life at all stages.

Upon waking after nearly dying during childbirth, I saw how important that decision was in my life, and that of my child.

On July 28, 2010, I delivered my child in the maternity ward of one hospital, only to wake up days later in the ICU of another hospital across town, not knowing how I had even gotten there. Shocked, I sat and listened as my family told what had taken place during the past three days. I tried to recall them. But I had no memory.

While in labor, Melanie started feeling lightheaded and passed out. She suffered an amniotic fluid embolism, which few people survive. She was clinically dead, without oxygen or a pulse for around 10 minutes. Her baby girl hadn’t yet been delivered, but because she chose her hospital so carefully, they worked equally hard to save both mother AND child.

Gabriella was safely delivered by C-section, but Melanie still had some fighting to do for her own life. With the support of her husband, the skills of doctors, and the prayers from thousands of people when her story went viral, she also pulled through to meet her daughter.

Read the whole story here. I promise you won’t want to stop reading until the end!

March 29, 2015
Is Your State Working Toward a "Heartbeat Law" to Protect Unborn Children?
Next Post

April 2, 2015 Bono Said WHAT About Jesus?!
Browse Our Archives
Follow Us!