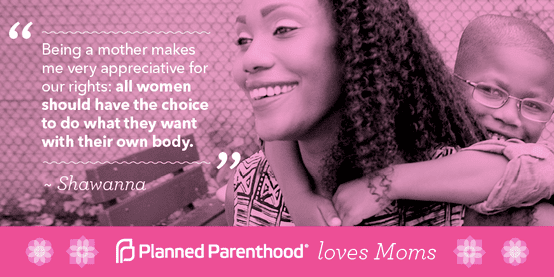 Planned Parenthood tried to get people to give them donations on Mother’s Day. They said helping to fund abortion would honor the courage of mothers. What?

Because nothing says “Happy Mother’s Day” like a donation in your mother’s name that will help a woman to not be a mother.

They told stories of women who had once gotten an abortion, but now were mothers – and talked about how grateful they were to be able to get rid of their child before, but have one when it was convenient for them. That is NOT the point of Mother’s Day or motherhood period!

What the campaign really celebrated was selfishness.

It made no sense, and even worse, was super disrespectful to women everywhere. Women who are moms, who didn’t make the choice to kill their child. Women who want to be moms but can’t. Women who have lost a child through miscarriage. And every child that was brought to life through the selfless choice of their mother to give them birth instead of take the “convenient” route.

Planned Parenthood failed to consider that “countless women dread Mother’s Day because they killed their baby.” Many of these never got another chance to be mothers, some because of complications from the abortion.

Planned Parenthood dared to ask for money to fund more abortions on a day that should celebrate life.

This is a new low even for them.

May 14, 2015
Louie Gohmert's National Day of Prayer Speech
Next Post

May 15, 2015 New Mama Jill (Duggar) Dillard Says Motherhood Is "Different Than I Thought"
Browse Our Archives
get the latest from
Politics Red
Sign up for our newsletter
POPULAR AT PATHEOS Politics Red
1