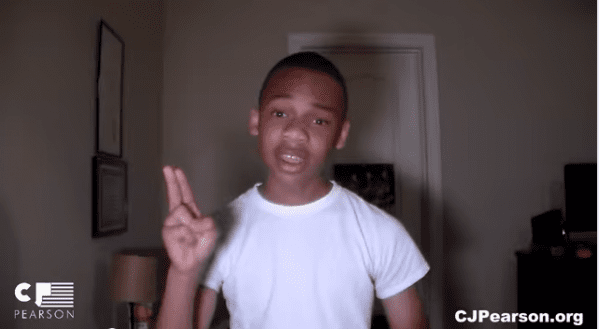 A middle schooler knows the Second Amendment better than our President.

CJ Pearson took Obama to task for using the tragedy that happened in Charleston to promote his own agenda on gun control. He described how Obama took advantage of the situation and dishonored those who have lost loved ones:

“And you’re (Obama) going to sit there and walk up to the podium and talk about how the Second Amendment doesn’t matter! And how you have a solution to this by taking their guns away?

CJ is very well spoken and knows what he’s talking about. Someone has taught him well to be a patriot!

Watch the video on page two. I love the passion!

June 21, 2015
Levi and Lia Tell How They Went from Fatherless to "Fatherfull"
Next Post

June 23, 2015 What Happens if You Put a Preschool in a Nursing Home?
Browse Our Archives
get the latest from
Politics Red
Sign up for our newsletter
POPULAR AT PATHEOS Politics Red
1