Funny that the bottle of @HonestTea I just bought quotes @realDonaldTrump on the cap: pic.twitter.com/FNCzryypBz

Who knew that the Left’s attempts to discredit Republican presidential candidates would reach to our tea bottles?

When the Vice-President of the Humane Society tweeted at Honest Tea Company about the Donald Trump quote under his bottlecap, the company tweeted back at him.

The Blaze has more:

Honest Tea announced Sunday that it would be removing a Donald Trump quote from the bottle caps of its beverages, but the company insisted it has nothing to do with the Republican frontrunner’s brash demeanor on the campaign trail.

On Sunday, Humane Society vice president Paul Shapiro tweeted that he found it “funny” his bottle included a Trump quote.

“If you’re going to think anyway, you might as well think big,” the real estate mogul was quoted as saying.

Soon after, Honest Tea replied to Shapiro’s tweet saying, “We’re in the process of having his quotes removed from our caps.”

But on Monday the company denied that the scrubbing of the quote was political in nature.”

Why are they so eager to let their customers know they are taking the quotes off their bottle caps? After all, the company’s official Twitter page just doesn’t randomly reply to tweets. This happened on purpose.

It seems to me like they’re trying to cover their political bases, trying not to offend who they think are their customers. The President of the company even went so far as to publish a blogpost on Honest Tea’s website explaining the quotes, the decision, and the process to take Mr. Trump’s quote out of circulation, stating:

Mr. Trump’s quote, which was not political in nature, was removed because it had run its course…

There is nothing objectionable to the thinking in Mr. Trump’s quote “If you’re going to think anyway, you might as well think big.” Indeed, it’s certainly the mindset that we’ve brought to our business and our impact.

Honest Tea is a tea for all parties—we welcome anyone who wants to drink our organic iced teas because we know that when people choose organic and Fair Trade tea they are making an impact, regardless of their party affiliation.

This is all very fishy. Here’s what I think really happened – someone tweeted at Honest Tea Company and the company tweeted back that they no longer have anything to do with Donald Trump. But then they realized this was a political statement. Donald Trump is running for President of the United States, and thousands of Americans tell pollsters they plan to vote for him. These people are passionate supporters and could be people who also buy Honest Tea.

So they tried to cover their butts.

This Trump quote has nothing to do with politics or the presidency. It’s something everyone should be able to agree with.

Too bad Honest Tea Company is dreaming a little less big and thinking about it a little too late.
Buy my Mom’s new devotional, Sweet Freedom, in bookstores everywhere! 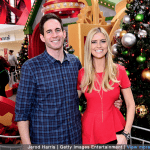 January 4, 2016
HGTV Star Saved By Fan Who Noticed A Lump On His Neck!
Next Post 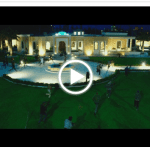 January 5, 2016 Check out the faith of the men featured in the Benghazi film "Thirteen Hours"
Browse Our Archives
get the latest from
Politics Red
Sign up for our newsletter
POPULAR AT PATHEOS Politics Red
1