Is modern worship too entertaining? 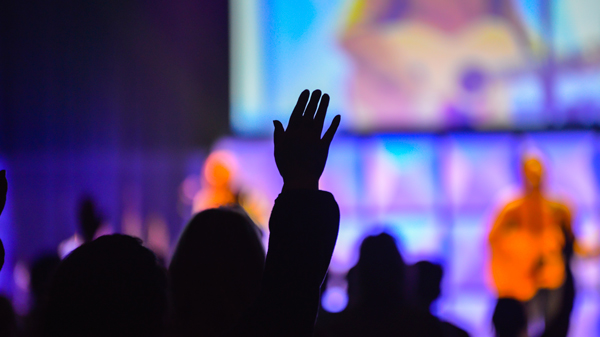 Have churches become too entertainment oriented?

Many of my readers have been sharing a blog post titled, “The heresy of worship-tainment” on their Facebook pages. The author writes:

News flash: the church has been in the worship-tainment business for about 1700 years.

Ever since Constantine created the public Christian worship service, churches have entertained their members. By the early fifth century Christians all but abandoned the house-gathering model, in favor of a weekly public meeting patterned after a Greco-Roman stage presentation. Clergy performed up front, while laity watched.

For centuries, church was the best show in town. Christianity democratized the theater, providing rich and poor alike a weekly performance featuring music and ceremony, staged amidst ornate décor and fine sacred artistry.

Early Protestant reformers were very concerned about worship-tainment. In response they stripped their sanctuaries bare of artwork, iconography and statuary. Some denominations banned musical instruments altogether.

However, these Protestants left the stage and lectern in place. They gave them sanctified names: chancel and pulpit.

Entertainment came roaring back into the church during the Victorian era. The Salvation Army used brass bands to attract attention. By the early 20th century nearly every church had a robed choir. Rock music invaded in the 1980s. Each reflected the entertainment preferences of their times.

We do everything but sell tickets.

So yes – we have built our weekly worship gatherings on an entertainment platform. But is this heresy? I’m not sure. Nobody complained when our stage shows were simple and old fashioned. The controversy about worship-tainment erupted when our music and presentation came to rival a professional rock show.

Speaking personally, I’m deeply conflicted on this issue. With my background in media, it’s easy to see that our worship services are stage presentations- even the traditional ones. Yet for all their flaws, God uses these stage presentations to win thousands to Christ every week. These “God shows” spawn and support ministries that help millions around the globe. They offer a shot of encouragement and a glimpse of the divine in a dark, lonely world.

And their credit, most congregations recognize the limitations of weekly worship. They work very hard to get their members into small groups. It’s this “second church” where much of the interpersonal ministry takes place.

So what do the critics want? Are they saying that boring, mediocre worship services are more pleasing to God? Is any effort to improve the quality of our weekly gatherings born of the flesh?

Quality is not the enemy. A creative worship service begets vitality and growth. People are drawn to good music and excellent preaching. Members are more confident to invite their friends to a church that offers an engaging, relevant worship service.

But let’s assume some churches have gone too far – and have taken worship-tainment to the point of heresy. What can we do about it? I see four paths:

One – remove the stage altogether. Plant a different kind of church based on small groups. No sermon. No band. No weekly stage presentation. Make personal discipleship the main thing. I have proposed just such a model on this blog.

Two – follow in the footsteps of the early Protestant reformers. Get rid of the music. Reduce our weekly meeting to a sermon and a few simple rituals. Increase fellowship time and personal interaction.

Three – keep the stage, but throttle back the production values. Many churches are doing this – using fewer musicians and simpler arrangements. (Of course this is an illusion – an effort to make worship seem more organic, when it’s actually as tightly staged as ever.)

Four – keep improving our worship-tainment to draw people in – while emphasizing small groups as a place to experience the loving community of church.

As long as our churches have stages, lights, microphones and music there’s going to be an element of entertainment in our worship services. Unless we’re willing to organize ourselves according to a completely different model we must accept this fact.

Worship is about pleasing God – yet we also use our weekly gatherings to instruct the flock and win unbelievers to Christ. Balancing these priorities is a difficult task. The clergy and musicians who shoulder this burden deserve our encouragement – not our condemnation. 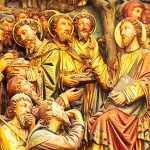 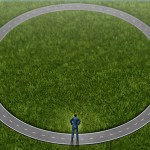