What’s the One Novel You Need to Read This Year?

What’s the One Novel You Need to Read This Year? February 24, 2015 Artur Rosman

Death Comes for the Deconstructionist lays out the set of confounding problems facing us in the wake of the overwhelming victory of French theory in America’s academia. The plot revolves around the protagonist Jon Mote being called to investigate the death of his former grad school mentor, the deconstructionist, Richard Pratt–something of an academic star a bit past the peak of this popularity.

One of Derrida’s most famous dictums was that “there is nothing outside the text,” that every meaning is deferred in the play of words in texts that never rub against reality out there. This conveniently ignores Derrida’s intentions and much of his later engagement with theology.

Nevertheless, I remember my undergraduate days when students carried their Derrida, Foucault, Deleuze, & Co. everywhere they went like a fundamentalist might carry their Bible–without being aware of the irony. To them the notion that nothing could be pinned down by phallocentric-logocentrist-ontotheology was liberating. They never noticed how dogmatic their opinions were. Their way of carrying themselves was so comical that Deleuze hanger-ons eventually earned the moniker Deleuzers.

As Mote uncovers these indestructible, un-deconstructable, problems he is accompanied by his mentally challenged sister Judith whose presence helps to keep his demons, the insistent and increasingly autonomous voices in his head, at bay. The voices are both a kind of postmodern pastiche of voices, some recognizably literary, others not, all of them bordering upon the demonic. The parallel between demonology and contemporary theory is apposite.

Check in with Rabelaisian Catholicism on Ethika Politika later today for the rest of this review.

All I’m going to say is that Daniel Taylor’s debut novel (hard to believe it’s a debut!) matches just about anything you will find on my top living religious novelists list, or even my list of all time favorite novels. 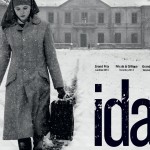 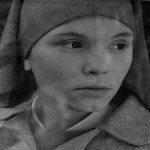 February 25, 2015 Ida and Avoiding Silence at Any Cost
Recent Comments
0 | Leave a Comment
"Wait a minute, what am I missing? The host must contain some gluten, lest it ..."
RPlavo . The Surprising Anti-Capitalist Logic Behind the ..."
"Gluten intolerance is completely -- and I mean completely -- different from celiac disease. Many ..."
Bobby Lawndale The Surprising Anti-Capitalist Logic Behind the ..."
"Read Bruno's comment: #2 below your ranting comment."
Adrienne Szatkowski Michael Voris’s Stunning and Admirable Broken-Hearted ..."
"Science needs "a confession of sins and an articulate profession of faith"? Seriously?Certainly, individual scientists ..."
Elzbieta 2 Reasons Why the March for ..."
Browse Our Archives
get the latest updates from
Cosmos The In Lost
and the Patheos
Catholic
Channel
POPULAR AT PATHEOS Catholic
1