Hope Abandoned: Something Rotten in Putin’s Russia Besides Nemtsov’s Corpse

“Killing Hope in Putin’s Russia” could be one of the most depressing reads of the year if you know nothing about Russian history.

Nemtsov’s allies were divided on whom to blame for the murder. Some pointed a finger at the Kremlin, since the crime took place literally just outside its walls, swarming with guards and security cameras. Others suspected the hand of rogue zealots like the Moscow-born former east Ukraine militia leader Igor Strelkov, who returned from Donetsk vowing to wage war against a “fifth column of national traitors” first identified by Putin.

But that speculation is pointless, because we’re never going to find out. Whoever pulled the trigger didn’t just kill Nemtsov: With him goes the last hope of a Russia where the truth will out and these things won’t happen anymore. Dmitry Peskov, Putin’s spokesperson, said the murder was of an “obviously provocative nature,” meaning that someone else did it to make Putin look bad. He promised the president would supervise the investigation himself.

Then the author concludes the already disspiriting piece with a hermeneutic of continuity:

The same was said of the murder of journalist Anna Politkovskaya in 2006, shot on Putin’s birthday; of the brutal poisoning of spy Alexander Litvinenko that same year; of the attack on opposition reporter Oleg Kashin, beaten within an inch of his life in 2010. So, too, for the many other murders of lesser figures who rub someone just too far the wrong way, like small-town newspaper editor Mikhail Beketov in 2008 and human rights activist Nataliya Estemirova in 2009. So often, the pattern is the same. The president extends his condolences to the family. The hapless hitmen are found, or stand-ins for them. The case drags on for years, with not a word on the men behind the killing. Eventually, people stop caring, and the process repeats itself.

The continuity extends much further out than this. The title of the piece, “Killing Hope in Putin’s Russia,” was an obvious reference to Nadezhda Mandelstam’s memoirs Hope Against Hope and Hope Abandoned. These two books were quite popular in the West upon their release in the 1970’s, because they suggested artists could matter so much that they might be persecuted by the state. It sounds great, new, and exciting in theory, but in Hope Against Hope, paints a much more dreary, old, and monotonous scenario with worries such as:

I shall not live to see the future, but I am haunted by the fear that it may be only a slightly modified version of the past.

Mandelstam compares the deadening effect upon hope to the following slaughterhouse scenario:

When a bull is being lead to the slaughter, it still hopes to break loose and trample its butchers. Other bulls have not been able to pass on the knowledge that this never happens and that from the slaughterhouse there is no way back to the herd. But in human society there is a continuous exchange of experience. I have never heard of a man who broke away and fled while being led to his execution. It is even thought to be a special form of courage if a man about to be executed refuses to be blindfolded and dies with his eyes open. But I would rather have the bull with his blind rage, the stubborn beast who doesn’t weigh his chances of survival with the prudent dull-wittedness of man, and doesn’t know the despicable feeling of despair.

As depressing as this is, it is not unusual in Russian history. Putin is not some monster by Russian standards. He is a typical ruler.

What’s more depressing is the role the Russian Orthodox Church has played a role in upholding this continuity. It is something that I’ve written about in my piece Cross-Kremlin Orthodoxy. Oddly, I did not mention the political murders in the older piece. I think it’s because they seem so typically Russian.

Is that also despair speaking like Kozintsev’s Hamlet facing the shore?

For more on Russia see my report on the state of church-state relations here. 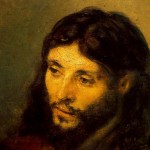 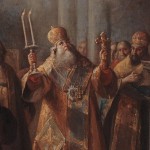 March 2, 2015 Holy Orthodox Mother Russia? Let's Compare it to Quebec!
Recent Comments
0 | Leave a Comment
Browse Our Archives
get the latest from
Cosmos The In Lost
Sign up for our newsletter
POPULAR AT PATHEOS Catholic
1