2nd Year Summary: 3 Things I Love (& 1 Not So Much) About the Francis Papacy

Anniversaries are traditionally reserved for tallying gains and losses. It’s hard to believe two years and three days have passed since the conclave that elected Francis, which took place after Benedict XVI abdicated on my thirty-fifth birthday. When I crunch my numbers on Francis he comes out much more ahead than behind.

Let’s look at his gains first:

1. Style: I immediately took to Papa Bergoglio’s off the cuff Rabelaisian style. It undermines all expectations of the pope as a humorless and overprotected China doll who speaks from a teleprompter. It’s as if Francis knows and loves the Renaissance authors covered in Laughter at the Foot of the Cross. He proves Chesterton was wrong when he said this about Christ in Orthodoxy:

He flung furniture down the front steps of the Temple [Come on man, taking a whip to the temple money-changers is funny!], and asked men how they expected to escape the damnation of Hell. Yet He restrained something. I say it with reverence; there was in that shattering personality a thread that must be called shyness. There was something that He hid from all men when He went up a mountain to pray. There was something that He covered constantly by abrupt silence or impetuous isolation. There was some one thing that was too great for God to show us when He walked upon our earth; and I have sometimes fancied that it was His mirth.

2. Devil: I have a fascination with this seemingly outdated doctrine of Christianity, because I come from Poland. History does not permit me to dream of some vague perpetual peace dragging itself out into a utopian infinity. History is too frequently a slaughterhouse and Christianity loses most of its bite when its primary symbol of radical evil, the Devil, is relegated to the background. For all the idiotic talk of Pope Francis being a liberal he has never tired of talking about being on guard against the devil. I’d say he harbors a clear sympathy for the Devil (not to be confused with an affinity).

3. Continuity: The fashion for constantly stressing difference has gone out of fashion in academia a long time ago (you can stop making fun of deconstructionism, that is, unless you want to wear a tinfoil hat), but it still lingers in the print and digital media. Some would like to think of Francis as a meteor that dropped out of the skies like the Bible seems to have dropped already formed  and self-sufficient into the laps of fundamentalists. Francis’ views on climate change and capitalism are fairly conventional, in line with what Benedict XVI and John Paul II have said, meaning, they’re pretty darn radical by conventional classical liberal standards. This continuity is felicitously hidden by the flair I like so much. That’s fine with me because “making it new” is not merely a slogan pounded into shape by the literary Modernists (see: The Apocalypse of St. John and St. Paul).

1. Continuity 2: For my tastes Francis’ off-the-cuff comments went a bit too far recently. He seems to be ready to follow in Benedict’s bad example. This is not the sort of hermeneutic of continuity Catholics should want in the wake of John Paul II’s heroic and unabashedly Catholic-baroque public display of the profound depths of suffering.

All in all, after I’ve crunched the numbers, that’s a fine reports card.

If the pope ends up following John Paul II instead of Benedict XVI then his papacy will get an A+ (not that my opinion matters . . . ).

Following the numerical title of this post here’s the Polish band Raz, Dwa, Trzy [One, Two, Three] with their theologically-informed song “Trudno nie wierzyć w nic” [It’s difficult to believe in nothing] (lyrics here, click on “Pokaż tłumaczenie” to see English lyrics) performed at a concert in memory of JP2.

You might also be interested in my pieces of Francis as a fan of Communion and Liberation, atheist philosopher Julia Kristeva’s appreciation of Catholic representations of suffering, my little list of recent books about heaven and hell, and Stratford Caldecott on the Bible and symbolic numbers. 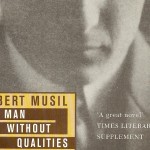 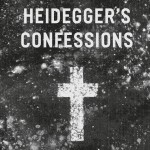 March 17, 2015 5 Pathbreaking Catholic Titles to Watch from the University of Chicago Press
Recent Comments
0 | Leave a Comment
Browse Our Archives
get the latest from
Cosmos The In Lost
Sign up for our newsletter
POPULAR AT PATHEOS Catholic
1