Scott Hicks has practiced immigration law since 1995 and volunteered for many years before then. He is also Pastor at Red Lion United Methodist Church.

I, Artur Rosman, am a refugee who in 1986 came to the United States with my parents from Poland via refugee camps in Italy.

Even as a little child I was struck by the ponderous slowness and thoroughness of the process. I only wanted our family to finally get to the United States. We were aware that if that failed we would end up in exotic countries such as Australia or Germany.

I can only imagine that the system has become even more methodical with the advances in technology and the constant state of alert after 9/11. What matters to me most is avoiding the scapegoating of legal refugees created by post-Paris-Attack paranoia.

What follows is an unedited reproduction, with his permission, of a statement Mr. Hicks posted on Facebook.

Most of my friends know I practice immmigration law. As such, I have worked with the refugee community for over two decades. This post is long, but if you want actual information about the process, keep reading.

I can not tell you how frustrating it is to see the misinformation and outright lies that are being perpetuated about the refugee process and the Syrian refugees. So, here is a bit of information from the real world of someone who actually works and deals with this issue.

The refugee screening process is multi-layered and is very difficult to get through. Most people languish in temporary camps for months to years while their story is evaluated and checked.

First, you do not get to choose what country you might be resettled into. If you already have family (legal) in a country, that makes it more likely that you will go there to be with family, but other than that it is random. So, you can not simply walk into a refugee camp, show a document, and say, I want to go to America. Instead, the UNHCR (United Nations High Commissioner on Refugees) works with the local authorities to try to take care of basic needs. Once the person/family is registered to receive basic necessities, they can be processed for resettlement. Many people are not interested in resettlement as they hope to return to their country and are hoping that the turmoil they fled will be resolved soon. In fact, most refugees in refugee events never resettle to a third country. Those that do want to resettle have to go through an extensive process.

We evaluate refugees on a tiered system with three levels of priority.

First Priority are people who have suffered compelling persecution or for whom no other durable solution exists. These individuals are referred to the United States by UNHCR, or they are identified by the U.S. embassy or a non-governmental organization (NGO).

Second priority are groups of “special concern” to the United States. The Department of State determines these groups, with input from USCIS, UNHCR, and designated NGOs. At present, we prioritize certain persons from the former Soviet Union, Cuba, Democratic Republic of Congo, Iraq, Iran, Burma, and Bhutan.

Third priority are relatives of refugees (parents, spouses, and unmarried children under 21) who are already settled in the United States may be admitted as refugees. The U.S.-based relative must file an Affidavit of Relationship (AOR) and must be processed by DHS.

Before being allowed to come to the United States, each refugee must undergo an extensive interviewing, screening, and security clearance process conducted by Regional Refugee Coordinators and overseas Resettlement Support Centers (RSCs). Individuals generally must not already be firmly resettled (a legal term of art that would be a separate article). Just because one falls into the three priorities above does not guarantee admission to the United States.

The Immigration laws require that the individuals prove that they have a “well-founded fear,” (another legal term which would be a book.) This fear must be proved regardless of the person’s country, circumstance, or classification in a priority category. There are multiple interviews and people are challenged on discrepancies. I had a client who was not telling the truth on her age and the agency challenged her on it. Refugees are not simply admitted because they have a well founded fear. They still must show that they are not subject to exclusion under Section 212(a) of the INA. These grounds include serious health matters, moral or criminal matters, as well as security issues. In addition, they can be excluded for such things as polygamy, misrepresentation of facts on visa applications, smuggling, or previous deportations. Under some circumstances, the person may be eligible to have the ground waived.

At this point, a refugee can be conditionally accepted for resettlement. Then, the RSC sends a request for assurance of placement to the United States, and the Refugee Processing Center (RPC) works with private voluntary agencies (VOLAG) to determine where the refugee will live. If the refugee does have family in the U.S., efforts will be made to resettle close to that family.

Every person accepted as a refugee for planned admission to the United States is conditional upon passing a medical examination and passing all security checks. Frankly, there is more screening of refugees than ever happens to get on an airplane. Of course, yes, no system can be 100% foolproof. But if that is your standard, then you better shut down the entire airline industry, close the borders, and stop all international commerce and shipping. Every one of those has been the source of entry of people and are much easier ways to gain access to the U.S. Only upon passing all of these checks (which involve basically every agency of the government involved in terrorist identification) can the person actually be approved to travel.

Before departing, refugees sign a promissory note to repay the United States for their travel costs. This travel loan is an interest-free loan that refugees begin to pay back six months after arriving in the country.

Once the VOLAG is notified of the travel plans, it must arrange for the reception of refugees at the airport and transportation to their housing at their final destination.

This process from start to finish averages 18 to 24 months, but I have seen it take years.

The reality is that about half of the refugees are children, another quarter are elderly. Almost all of the adults are either moms or couples coming with children. Each year the President, in consultation with Congress, determines the numerical ceiling for refugee admissions. For Fiscal Year (FY) 2016, the proposed ceiling is 85,000. We have been averaging about 70,000 a year for the last number of years. (Source: Refugee Processing Center)

Finally, the process in Europe is different. I would be much more concerned that terrorists are infiltrating the European system because they are not nearly so extensive and thorough in their process.

After these reasoned words it’s even more painful to look at the “debate” about Syrian refugees:

Now that you have all you need to know to demystify what Mark Shea calls the Great Refugee Panic of 2015, you might consider reading about the recently deceased philosopher Rene Girard.

Girard’s thinking demonstrates how Christianity reveals the scapegoating mechanisms that blame victims, such as the Syrian refugees, for crimes committed against them. 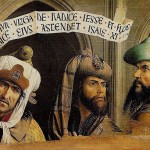 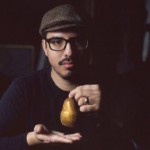 November 21, 2015 Dear Refugees: Come to my Home, Beat the Dog, Tear the Curtains
Recent Comments
0 | Leave a Comment
"So you in fact did not vote for the lesser of two evils but instead ..."
gethoht Hunter S. Thompson’s Fear and Loathing ..."
"Wait a minute, what am I missing? The host must contain some gluten, lest it ..."
RPlavo . The Surprising Anti-Capitalist Logic Behind the ..."
"Gluten intolerance is completely -- and I mean completely -- different from celiac disease. Many ..."
Bobby Lawndale The Surprising Anti-Capitalist Logic Behind the ..."
"Read Bruno's comment: #2 below your ranting comment."
Adrienne Szatkowski Michael Voris’s Stunning and Admirable Broken-Hearted ..."
Browse Our Archives
Related posts from Cosmos The In Lost