Profiles in Courage for a Refugee Risk-Averse America

We can best memorialize the passing of John F. Kennedy by collecting and emulating contemporary profiles in courage.

One day after the anniversary of John F. Kennedy’s murder I can’t help but think of the importance of his Profiles in Courage as an antidote for this cowardly moment in American politics when Americans scapegoat refugees escaping ISIS.

One candidate for a Profiles in Courage in Our Time is France’s president Francois Hollande. The Daily Beast post title says it all, “François Hollande Shows True Grit on Refugees.”

Here’s their great take on it:

The French president risks an electoral whooping by announcing his country will take even more Syrian refugees. Our leaders should take a note.

This is how a mature country acts. In announcing that France would increase the number of Syrian refugees it will take in over the next two years in the aftermath of the Paris attacks, French President Francois Hollande expressed a sentiment we need much more of in this country: “France should remain as it is. Our duty is to carry on our lives.”

In September, France had committed to accepting 24,000 Syrians. Wednesday, Hollande upped the number to 30,000. That’s three times the number Barack Obama wants to bring into the United States, for a country with about one-fifth our population. Hollande’s government will also spend $53 million on housing for the refugees.

Americans should not only be ashamed, as Karol Wojtyla pointed out in a different context, shame is only the start of a process that should lead to courageous ethical action, to love and responsibility. In the spirit of shame and confession that Rene Girard praised in John Paul II I’d like to confess a breakdown of courage on the part of John F. Kennedy. The Kennedy speech in Houston was irresponsible by giving the finger to racial justice through his denial of ultimate allegiance to Rome.

The complete disordering of love and responsibility, more perverse than what you might find in Michel Houellebecq’s novel Platform (about the sex trade), is at the heart of another remarkable profile in courage I ran across this weekend.

Here, and I kid you not, we go from Hollande to prostitute nuns:

An army of religious sisters who rescue victims of human trafficking by posing as prostitutes to infiltrate brothels and buying children being sold into slavery, is expanding to 140 countries, its chairman said on Wednesday.

John Studzinski, an investment banker and philanthropist who chairs Talitha Kum, said the network of 1,100 sisters currently operates in about 80 countries but the demand for efforts to combat trafficking and slavery was rising globally.

The group, set up in 2004, estimates one percent of the world’s population is trafficked in some form, which translates into some 73 million people. Of those, 70 percent are women and half are aged 16 or younger.

If that doesn’t boggle your mind, then there’s also Jane the Actuary’s report on the worldwide refugee population. According to her sources there are roughly 60 million stateless people searching for asylum throughout the world. For the sake of comparison, sixty million is only six million less than the whole population of France.

This is an immense problem. I cannot stress enough, after reading Timothy Snyder’s Black Earth: Holocaust as History and Warning, how much this situation reflects a world with increasingly scarce resources that ushered in Hitler and his policies of mass murder into power.

I do not think it is apocalyptic, in an irresponsible way, to ask whether, after all the never agains, “Are we back to a new springtime for Hitler?”

There’s nothing funny about that question. It’s as serious as the threat of the hell humanity will embark upon if it gives into cowardly lesser angels.

The story would not be complete without another admission of guilt. The destabilization of regions such as Syria is directly related to irresponsible military actions taken by the United States. Furthermore, these actions were supported by some of the leading American ecumenical journals such as First Things. Even if these publications were only cheerleading for a fait accompli, as I later learned from insider Damon Linker, they were still going against the teachings of several popes.

This is why profiles in courage like Hollande and the prostitute nuns are not only admirable, but worthy of imitation.

If you want resources for hope and courage take a look at the following: EXCLUSIVE: Longtime Immigration Lawyer & Pastor Explains the Refugee Process and A New Springtime for Hitler?

Please remember to donate to this blog via the PayPal donation button on its homepage. Time are rough for everyone. 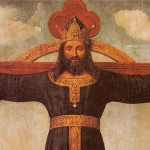 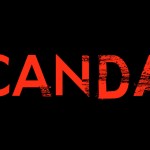 I love it when Catholics Nerd...
Catholic and Enjoying It!
Related posts from Cosmos The In Lost