Rod Dreher has been exceedingly kind in his careful readings of Cosmos the in Lost.

My respect for his journalism leaves me disappointed about his reading of the TV show Scandal in light of the Paris attacks. I waited for several days for him to reconsider. It didn’t happen. Dreher’s reading of Scandal, bearing the title Our Diabolical Culture is more than just a little bit over the top:

On ABC’s hit show Scandal last night, the main character, the US president’s wife, had an abortion while a gospel version of “Silent Night” played. According to Breitbart, Planned Parenthood released a statement after the program praising the episode.

It’s not enough to present a pro-abortion episode of a prime time television show. They have to choreograph it to “Silent Night,” a hymn celebrating the birth of the Christ child.

There’s no other word for this: diabolical. If this is what America stands for, no wonder other people hate us so much.

He seems to be saying, “I don’t support ISIS [there is no other interpretation given the timing of this post and the content surrounding posts], but I understand” in response to a TV show.

Granted, there is no indication he actually watched Scandal. After this unconsidered gut reaction worthy of Spengler’s The Decline of the West the likelihood of him watching it is probably pretty low.

There’s another person who didn’t watch the show, but embodied a much more Christian response, what Alan Jacobs calls a hermeneutics of love.

This person is Patheos-Catholic newcomer Leticia Adams. Granted, she puts her charitable hermeneutic in rougher language than Dreher, but she gives the show a much more sophisticated and personal interpretation:

Abortion happens in real life, Planned Parenthood has support from people in real life. A person with a real life is writing these shows. And Shonda Rhimes was raised Catholic so all this crazy only confirms what she believes about the faith she grew up in. Honestly people, this is why people don’t want anything up to with Catholicism because we flip the eff out over things that don’t need to be flipped out about and sometimes without knowing all the facts. We hear the rally cry and BAM! We are chiming in.

Read the rest of her piece here. It really hits hard in a lot of the right ways.

What I like best about her perspective is that she bucks the trend of Catholics (and other Christians) pretending they have nothing to be saved from in their lives.

I think I’ll watch the show now. Even if the show was meant to give offense (it’s called Scandal . . . ) there’s no reason why I should give its producers the pleasure of watching a stereotypical Christian-losing-it reaction.

I’ll read it against the grain: Gritty but charitable.

You might also want to read my interview with abortion expert Charles Camosy entitled, The Anti-Abortion Supermajority: Beyond the Abortion Wars. 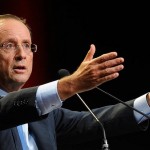 November 23, 2015
Profiles in Courage for a Refugee Risk-Averse America
Next Post 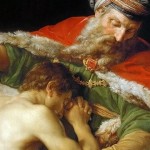 November 25, 2015 Thanksgiving as Forgiveness
Recent Comments
0 | Leave a Comment
"So you in fact did not vote for the lesser of two evils but instead ..."
gethoht Hunter S. Thompson’s Fear and Loathing ..."
"Wait a minute, what am I missing? The host must contain some gluten, lest it ..."
RPlavo . The Surprising Anti-Capitalist Logic Behind the ..."
"Gluten intolerance is completely -- and I mean completely -- different from celiac disease. Many ..."
Bobby Lawndale The Surprising Anti-Capitalist Logic Behind the ..."
"Read Bruno's comment: #2 below your ranting comment."
Adrienne Szatkowski Michael Voris’s Stunning and Admirable Broken-Hearted ..."
Browse Our Archives
Related posts from Cosmos The In Lost