Some of the best Catholic colleges are Protestant.

This is the case in Seattle.

Take, for example, Seattle Pacific University. Its roll-call includes most of the best Catholic scholars in the Seattle area. You are probably more likely to get a Catholic education at Seattle Pacific than the Jesuit-first-Catholic-second Seattle University. Seattle U, in turn, seems much more secular and hostile to Catholicism than my alma mater the University of Washington where I completed a PhD in Comparative Literature on the Catholic Imagination of poet Czeslaw Milosz.

For the longest time, with Seattle Pacific University as my ideal model, I did not know that some Protestant colleges have a policy against hiring Catholics. They are legally permitted to discriminate against hiring Catholics. I found this out the rude way when I applied to teach literature at one local college. Everything was peachy until I sent in my faith statement and made it plenty clear I’m Catholic. You can imagine the rest . . . I’m still blogging!

Wheaton College’s recent headline-grabbing suspension of political science professor Larycia Hawkins deals with some of the same issues. The reporting on the whole Wheaton affair required a little bit of research after much initial muddling by reporters. It was at first reported that Professor Hawkins was suspended for donning a hijab in solidarity with persecuted American Muslims.

The real story from this prominent Evangelical college, as reported by the NYT, turned out to be much more theologically substantial and very Catholic in its theological substance:

Last Thursday, Dr. Hawkins posted photographs of herself on Facebook in a Muslim head covering, which she vowed to wear at work, in airplanes and at social events during the weeks before Christmas in solidarity with Muslims facing religious discrimination.

“I stand in religious solidarity with Muslims because they, like me, a Christian, are people of the book,” she wrote, in part. “And as Pope Francis stated last week, we worship the same God.”

The next day, Wheaton College said it had received inquiries about remarks on social media by unnamed faculty about the relationship between Christianity and Islam, and their “fundamental differences.”

Therefore, Larycia Hawkins was not only suspended for voicing the Catholic position on Islam, but also for citing a Catholic authority on the matter.

For the record: Wheaton College is one of those academic institutions that legally discriminates against hiring Catholics. As recently as 2006 Wheaton College hired Joshua Hochschild to teach Aquinas, but fired him as soon as he converted to Catholicism.

If you think Professor Hawkins quoted a throwaway line from Pope Francis, uttered with no substantial doctrinal weight behind it, then you, of course, would be wrong.

Ironically, I owe this insight to Protestant scholar Miroslav Volf. He points out in Allah: A Christian Response that Catholics are the only Christian group that officially recognizes the fact that it worships the very same God as Muslims.

See what historical theological proclamations commit Catholics to affirm that they worship the same God as Muslims (as I argue in the piece What Christian Group Says It Worships Same God as Muslims?).

Below you’ll find Professor Volf’s lecture about his book Allah: A Christian Response given at Wheaton College: 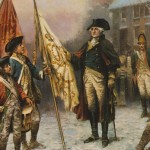 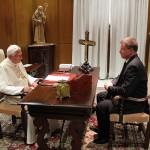 December 18, 2015 The Pope Who Revolutionized Catholic Dialogue with Islam
Recent Comments
0 | Leave a Comment
Browse Our Archives
Related posts from Cosmos The In Lost