The threat of ISIS to Western Civilization is overblown. The Syrian conflict and its consequences are a cover for intra-Western conflicts and crises, rather than anything apocalyptically new deserving the sort of attention it is getting in the media. The main protagonists are clearly not a ragtag group of Jihadist nutters versus the West, but the United States and Russia. If the Jihadist nutters were the real object of the conflict, then the Americans would have blown them to smithereens before the Russians ever got involved. If the Russians really meant to eliminate ISIS, they would have done so in weeks after entering as those who pray to Putin anticipated. However, it is not in the interest of both the US and Russia to end the conflict and eliminate ISIS, when they can fight out a proxy war on the borders of Europe thereby reforges old regional alliances (and antagonisms). The interception of Russian bombers in the United Kingdom’s airspace today only reinforces this perception.

The bomber news might get some headlines, but more important news broke about three years ago. Nobody remembers it.

It is symptomatic of the greater conflict of the West against itself as the . The title of the piece “Killing babies no different from abortion, experts say” is somewhat misleading as will become apparent. The article is a rundown of a piece published in The Journal of Medical Ethics by Oxford-trained ethicists:

They argued: “The moral status of an infant is equivalent to that of a fetus in the sense that both lack those properties that justify the attribution of a right to life to an individual.”

Rather than being “actual persons”, newborns were “potential persons”. They explained: “Both a fetus and a newborn certainly are human beings and potential persons, but neither is a ‘person’ in the sense of ‘subject of a moral right to life’.

“We take ‘person’ to mean an individual who is capable of attributing to her own existence some (at least) basic value such that being deprived of this existence represents a loss to her.”

The loss of personhood entailed by economic reasoning of calculating profits and avoiding losses is frequently lost on pro-life defenders in the States. This is because they are misaligned with the pro-business and anti-regulation Republican party. The staunch anti-communist dissident Cardinal Stefan Wyszynski, St. John Paul II’s mentor, in his All You Who Labor characterized the dominance of economic thinking in Western democracies as abysmal:

A new religion: money and wealth. Its dogmas: unlimited economic freedom, free competition, the division of capital and labor, its mercenaries are the laws of supply and demand and price mechanisms. Its morality: the lack of any moral superiority of human capital and labor or good production. Profits are its only good deeds. Its altars: a great plant, machinery, tools, cartels, syndicates, banks, where greed is satisfied by the price of human life. The final goal: blessed be the rich. Be rich at all costs, whoever can, and as soon as they can! This is the god of this world, a hurried capitalism. From now on all the world will encounter will be associated with that system because “abyss calls to abyss.”

These days nobody wants to admit to themselves that outlawing abortion would require an exponential increase in regulations and the loss of economic productivity. In other words, it would require real sacrifices. Similar things have been courageously done before. For example, according to Rodney Stark in For the Glory of God (he is something of a free-market fundamentalist, therefore hardly a friend of regulation), the abolition of slavery by the United Kingdom made its economy shrink somewhere in the order of around 25%. It was the right thing to do.

Furthermore, to extend this even further, the protection of the very conditions of life would also require similar sacrifices. According to Naomi Klein’s This Changes Everything, saving humanity from global warming would require enormous costs. She provocatively argues that in the United States only the far-right factions among the Republicans understand this immense cost of stemming global warming as requiring a kind of permanent economic Lent. Who wants to pay that when we can make money off of the catastrophe instead? This is why, as everyone knows by now, oil companies have invested in denying climate change while simultaneously planning on how to profit from it when (not if!) the consequences hit us. Who are you going to believe? The climate deniers, or the oil companies? It should be clear by now that that’s a false choice.  Don’t believe either, or rather, discover the inner harmony between the two. 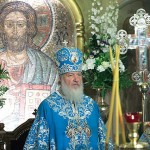 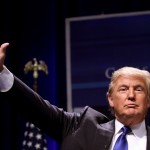 Pope Francis: Give Disabled the Sacraments
Through Catholic Lenses
Related posts from Cosmos The In Lost