Sex and Soulcraft: The Artist Formerly Known as Prince

Prince gave us the ultimate expression of spiritual eros in music. The genealogy of soul music goes back to the Pentecostal spiritual, the first of which, in Acts, we find Peter trying to convince people that he and his friends are not drunk. 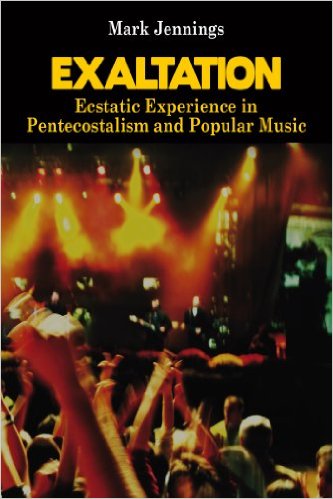 Miles was not unaware of this Gospel nor was the more mystical Coltrane. But Hendrix did it electronically, even converting Miles out of his cool. When Hendrix played, he was high in every sense. Hendrix fueled his strings with hand wound single-coiled pick-ups and blasted his anthem.

James Brown poured the repetition of sermon and tight rhythm sections—all of this baptized in the blues. All of it: from Kind of Blue to Rhythm and Blues. Rock and Roll here grew more slowly than its overgrown imitations across the pond. When Prince arrived it was time.

No disservice to Michael Jackson, Prince was by contract fiercely private, erratic, enigmatic. Prince’s sound did not come from the Delta or Motor City. Prince came from Minnesota. Prince’s approach was to make modern music in the pre-modern tradition of electric soul.

His sweat was cool, Miles adored him, his chest, facial, and head of hair was out, he was completely out. Unafraid of Black Machismo, his antics were significant, but nothing overshadowed his craft.

He was the musician’s musician. His bands were rehearsed to the “and” of one. His direction was fierce. His hands were free and his voice was pure and unadorned. He led the nation in worship, as Miami poured out rain onto his live electric guitars. No one playing this electric could be struck by lightning.

He is gone now. His legacy lives on in D’Angelo.

Prince brought together the cultural, mystical, spiritual sexuality of the human spirit alive in a way that moved people so deeply that his everlasting testament will be nothing other than his vast archive of art. A discography for the ages. He made art for art’s sake. He was in this sense a holy artist.

May artists across the world mourn him and strive to keep alive the rigor of his memory.

Sam Rocha is Assistant Professor of Philosophy of Education at the University of British Columbia. He is author of A Primer for the Philosophy and Education (Cascade Books, 2014) and the recently released Folk Phenomenology (Pickwick Publications, 2015). 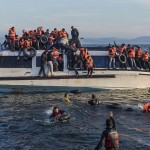 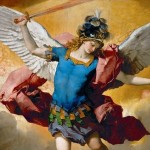 Civil Unions? Move Over Francis, Benedict's...
Cracks in Postmodernity
Related posts from Cosmos The In Lost