Let us remember that love lives through sacrifice and is nourished by giving. Without sacrifice there is no love. –St. Maximilian Kolbe

This statement takes on its true meaning only when we think of it within the context of St. Kolbe giving up his life in Auschwitz. We frequently forget that Catholic priests were sent to concentration camps as one of the first groups to die there, long before the Jews of Europe. But we also frequently forget what St. Maximilian’s sacrifice meant.

About a year ago I posted my partial translation of the last known eyewitness account of St. Maximilian Kolbe’s sacrifice in Auschwitz.

I tried digging up the rest of my translation for World Youth Day. No such luck, it had vanished somewhere on the two or three computers I obliterated the last two years. Writing is a contact sport, I say.

Then I was reminded about it again yesterday after the passage from the eyewitness account was cited by another website on this the Feast of St. Kolbe:

What’s most interesting is how in his dialogue [with the SS officer] Fr. Maximilian never once used the word “please.” He broke down the judge who had usurped the right to decide life and death and forced him to change his verdict. He acted like a consummate diplomat but in place of a tuxedo, ribbons, and decorations he had his striped prison uniform, a bowl, and wooden clogs. A funereal silence prevailed at that moment, every second seemed to last an eternity.  Then something happened that still cannot be understood by neither the prisoners nor Germans. The SS-man spoke to Fr. Maximilian using a “formal you” address, “Warum wollen Sie für ihn sterben?”–“Why do you Sir [closest equivalent to “formal you” in English] want to die for him?”

All the canons the SS-man had followed earlier came crashing down. Just a few moments before that he was calling him “Polish swine,” and now he addresses him as Sir. The SS-men and lower ranking soldiers nearby were not sure whether they were hearing aright. Only once in the history of concentration camps did it come to pass that a high ranking officer, who had murdered thousands of innocent people, addressed a prisoner in such a way. 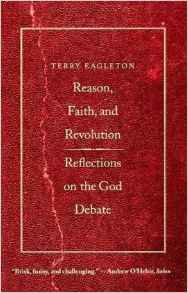 The Polish interview with Michał Micherdziński then continues with the witness explaining this sacrifice within the frame of the Catholic theology of marriage (translated here for the first time courtesy of franciszkanie.pl):

How did the German officer response to Fr. Maximilian’s words?

To which he replies:

Everybody was waiting for what would happen next. The SS officer was convinced that he is the Lord of life and death. He could’ve ordered him beaten for breaking the most rigorously observed prohibition against stepping out of line. But would happen when the prisoner allows himself to give a lecture! He could’ve condemned them both to death by starvation. After several seconds passed the SS officer said “Gut” (Good). He agreed with Fr. Maximilian, he agreed the priest was right.

This meant that good overcame evil, the highest evil. There is no greater evil than out of hatred condemning a man to death by starvation. But there also is no greater good than giving away one’s life so that another person can live. The highest good won.

I hope to someday have enough time to translate this whole remarkable interview. What you see here is about one-fifth of the total.

Finally, for another deep look at St. Maximilian’s sacrifice you should see the film Life for Life by world-renowned art film director and member of the Pontifical Council for Culture, Krzysztof Zanussi:

The Orthodox Believer’s Tale of Jesus’s Wife is your guide to the deeply biblical roots of the Catholic theology of marriage. 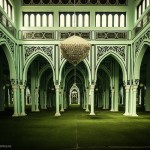 August 16, 2016 AP Poll of ISIS Members Proves Pope Right on Islam
Recent Comments
0 | Leave a Comment
"So you in fact did not vote for the lesser of two evils but instead ..."
gethoht Hunter S. Thompson’s Fear and Loathing ..."
"Wait a minute, what am I missing? The host must contain some gluten, lest it ..."
RPlavo . The Surprising Anti-Capitalist Logic Behind the ..."
"Gluten intolerance is completely -- and I mean completely -- different from celiac disease. Many ..."
Bobby Lawndale The Surprising Anti-Capitalist Logic Behind the ..."
"Read Bruno's comment: #2 below your ranting comment."
Adrienne Szatkowski Michael Voris’s Stunning and Admirable Broken-Hearted ..."
Browse Our Archives
Related posts from Cosmos The In Lost