Increasingly Secularized Americans Are Sexless, But Catholics Might Be Bucking the Sex Trends

Increasingly Secularized Americans Are Sexless, But Catholics Might Be Bucking the Sex Trends March 8, 2017 Artur Rosman

The sexual revolution appears to have paradoxically liberated our libidos from sex itself.

This seems to be the depressing conclusion from a much-publicized study on trends in sex frequency among Americans over the past 20 years as reported by The Guardian:

Adults are having sex less often than they were 20 years ago, according a US study based on a survey of almost 27,000 individuals.

The study follows research published by the same team last year which found that the percentage of adults aged between 20 and 24 who had had no sexual partner after the age of 18 had more than doubled between those born in the 1960s and the 1990s, rising from 6% to 15%.

While the results aren’t as limp as Japan’s where people can’t be bothered to have sex at all, the piece tries to put a happy face on this sad fact by chalking it all up to choice and opportunity: 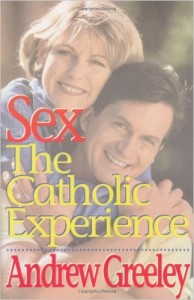 Taken together it would seem that millennials are having less sex, but the finding is not necessary bleak. “It is very possible that for young people this is a conscious life choice,” said Ryne Sherman, co-author of the study from Florida Atlantic University, pointing out that millennials might be choosing to spend their time in other pursuits or could simply be more empowered in their sex lives . . .

. . . “Of course, quantity does not necessarily equate to quality and so I think a more important question is: are people happy with the sex they do have when they have it?,” she said. “Data from Britain’s Natsal studies suggest that this is the case for the vast majority of people, with only a minority reporting that they were dissatisfied with their sex lives.”

That bit about less being more seemed especially desperate to me. So what’s behind these trends? It seems to be capitalism pure and simple, something that Catholic analysts of the sexual revolution such as Mary Eberstadt in her How the West Really Lost God: A New Theory of Secularization are not willing to countenance for ideological reasons:

The overall trend for a decline in sex appears to be largely a cohort effect, meaning that how often adults have sex has changed between generations, with millennials, and those born since 1995, having sex about six times fewer a year for a given age than those born in the 1930s.

The authors suggest the trends are likely down to a number of influences. “One [possible factor] is the ‘failure to launch’ thing,” said Sherman, pointing out that young people are living at home for longer, possibly affecting their ability to form relationships.

With the study finding that longer working hours and watching pornography were both linked to an increase in the frequency of sex, Sherman suggests the drop among those in steady relationships could be down to other changes in culture.

Among them, the team suggests the rise of social media and other forms of entertainment such as Netflix could be replacing time spent with a partner, while an increase in depression or decrease in marital satisfaction could also be at play. It is also possible, says Sherman, that the dynamics between men and women in relationships have changed, affecting how often they have sex. “That’s one of the big things that has changed over the course of time – men and women’s gender roles both at work and at home,” he said. Another factor, the study notes, is that there might be differences in what is considered as sex between generations.

Between the lines the aptly named “failure to launch” can be translated into a capitalism problem. Our economy is structured in such a way that we cannot afford to form lasting unions and have children. It appears that even if we do go through and make a mad leap into marriage, we are so busy that we only have time to think about advancing our careers. When we do think about sex, we appear to be increasingly turning to poor technology-based substitutes. 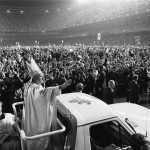 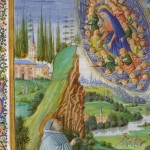 March 9, 2017 Who Knew Sex Helps You to Experience God's Presence in the World?
Recent Comments
0 | Leave a Comment
Browse Our Archives
get the latest from
Cosmos The In Lost
Sign up for our newsletter
POPULAR AT PATHEOS Catholic
1