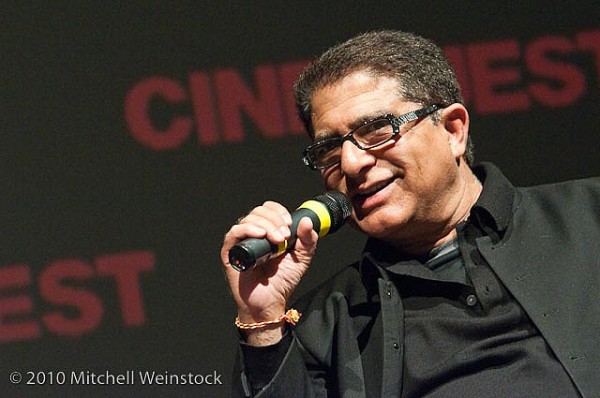 Deepak Chopra is mad. Mad because someone like Richard Dawkins calls his belief system worse than religion, and now even more mad because Jerry Coyne, a professor at the University of Chicago has called his friend, author Rupert Sheldrake, a pseudoscientist.

In a letter to the editors of The New Republic, Chopra writes of Coyne’s attack on Sheldrake:

“I have a suspicion that readers of The New Republic aren’t aware that skepticism has become a bullying, strident movement redolent of the worst aspects of the Internet. Jerry Coyne tosses around the term “pseudoscientist” as if it were a given when applied to Rupert Sheldrake and by implication to me. He, then, must represent real science, a standard that his article doesn’t meet.”

The problem is, Chopra never then addresses why his beliefs or those of Sheldrake are not pseudoscientific. Instead, the New Age “guru” lists all of his credentials and accomplishments as if authoring books and knowing Harvard professors gives one immediate scientific credentials.

“I regularly write articles and books co-authored by full professors, researchers and scientists at Harvard Medical School, Mount Sinai Medical School – New York, Duke, and Chapman University,” Chopra continues. “As a member of the American College of Physicians, I am board certified and maintain licenses in Massachusetts and California. I am annually invited to give a keynote address at the Update in Internal Medicine Conference sponsored by Harvard Medical School, Department of Continuing Education and the Department of Medicine, Beth Israel Deaconess Medical Center since 1997. I also serve as a Senior Scientist and Advisor at The Gallup Organization, Adjunct Professor of Executive Programs at the Kellogg School of Management at Northwestern University, and Adjunct Professor at Columbia School of Business.”

He then continues to list the credentials of his foundation and the schools and colleges it partners with. Again, never once addressing the claims Coyne has launched against himself of Sheldrake.

This tactic was not ignored by Coyne who opened his response to Chopra by calling out his appeal to authority.

“It’s a time-honored custom that when a scientist is caught out saying something stupid or wrong, he responds not by defending his ideas or admitting error, but by flaunting his credentials.  ‘Look at all my degrees, publications, and honors,’ he says. ‘Does that not give me credibility?'”

Coyne wonderfully points out that science does not work based on the credentials of a scientist but on the credibility of his work. Something Chopra lacks. Yes, Coyne points out, “he began life as a respected physician,” but points out that he later went off the rails, “when he encountered holistic, ayurvedic, and “alternative” medicine (the last is synonymous with “quackery”), and now he makes millions peddling questionable remedies and phony wisdom to credulous New Agers.”

But instead of just bowling over Chopra like he easily could, Coyne lets Chopra’s work speak for itself, showing the reader the kind of “science” Chopra claims he is doing.

“Consciousness may exist in photons, which seem to be the carrier of all information in the universe,” writes Chopra, then claiming the Moon only exists in our consciousness. “The moon exists in consciousness—no consciousness, no moon—just a sluggishly expanding wave function in a superposition of possibilities. All happens within consciousness and nowhere else.”

As anyone can imagine, Coyne does not stand by and let baseless claims about photons, the mind of the universe or the existence of the moon squeak by without question.

“This is pseudoscience, pure and simple, and no set of credentials, however impressive, can launder it into real science. Photons do not have consciousness, nature does not have a mind, the moon is there whether humans see it or not,” Coyne responds.

He is right. Listing your books and friends does not make claiming that photons have a consciousness any more credible than a man on the street with a tinfoil hat making the same claim. It is nonsense and based on nothing but the imagination of a charlatan using scientific terms to dupe his followers into believing he knows what he is talking about.

“[H]e’s abandoned real science completely, pushing instead a noxious brew of quantum physics, evolutionary biology, and ‘universal consciousness.’ And yes, he’s a pseudoscientist, showing all the characteristics of that genre, including the use of meaningless jargon that sounds profound, a refusal to discuss serious criticism of his views, and a deep sense of persecution by ‘the establishment.’,” Coyne says of Chopra tactics.

Chopra is left with no defense of his position. He offered no credible sources to his claims and instead lists the people he knows and the books he has written. He can point to no scientific studies that say photos have a consciousness, but if you dare question his assertions, you will surely be accused of bullying him.

Chopra calls Coyne’s methods “slash-and-burn” but what else should the professor do? The ideas sold by Chopra and Sheldrake deserve nothing more than to be slashed and burned and called out for the pseudoscientific nonsense that they are. They deserve no respect in the scientific community and those like Coyne are doing a service to those who are spending their hard earned money on healings, books and products that make promises to the consumer that will never come true.

Deepak Chopra is a pseudoscientist and he is pissed that his scam is getting the spotlight. 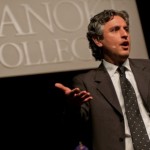 July 7, 2015
Reza Aslan asks Muslims to accept LGBT equality because democracy is all or nothing
Next Post 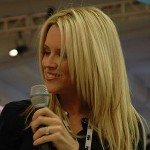