‘I write to save my soul’: thoughts on writing for mid-Pascha

It is mid-Pascha, and I have not blogged for a while. But on Monday, I saw Ai Weiwei, and he reminded us that he once had a blog. It reminded me that I still have one.

Blogs can be powerful things. Mine certainly is not as effective as it could be. I suspect it might be if I were more regular and entrepreneurial about it. But there are always other things to do: dishes, cooking, laundry, ironing, bathroom cleaning, sweeping, making sure the piles of books stacked in my two offices (one at school, one at home) don’t fall over. Like most people, writers have everyday lives. Someone told me that Ernest Hemingway said that writing is where you just sit at a typewriter and bleed. But if I were to install a surveillance camera in my apartment like Ai Weiwei once did to troll the police state surveilling him outside, I’d probably learn that there’s only so much time in a day for bleeding. Maybe I’d also learn, like Ai, about the weird positions I am in when I am sleeping too. Ai said that the real surprise was that he wasn’t sure which parts of him were clothed when he shifted for the camera.

Nevertheless, Ai had a blog, and I have one too. We have recently received a number of people into our community of bloggers, so I had some occasion to introduce myself to them:

The idea is basically that I am a person, and I am Eastern Catholic. I’ve used the blog therefore to work out a lot of personal ideas, including about liberation theology, psychoanalysis, Cantonese culture, the Umbrella Movement in Hong Kong, the Kyivan Church, and (as our wrestling referee canon lawyer writer Pete Vere so delightfully affirms) Orthodoxy in communion with Rome. Broadly, these themes have dovetailed with my day job, where I am Visiting Assistant Professor in the Asian American Studies Program at Northwestern University and teach courses on Asian American histories, religions, and social movements. The case that I have made in my classes – which is increasingly in my writing – is for the decolonization of the supernatural in a secular age, especially as so much of secularization is tied to orientalist fantasies. The radical assertion of Asian American studies is that Asian Americans are not orientals and therefore not rugs; we are persons in the service of the world. To write, to teach, to engage in politics: these are the works of diakonia in an ecumene being transfigured by the divine economia.

Currently, I am at work on two academic writing projects, and sometimes my personal thoughts on this work seeps into my blog. The first is a revision of my dissertation into a book monograph; it’s about how Cantonese-speaking Protestants have engaged Pacific Rim civil societies on a number of issues ranging from sexuality, urban planning, and political democratization. The second is on the theological afterlives of occupy protests in what I call ‘orientalized cities’ like Hong Kong, Kyiv, and Seattle. I tend to use the blog to reflect on what we academics call ‘positionality,’ where I’m coming from in relation to the work of writing. For me, my work is tied to my prayer, which is worked out in the work of the people known as the liturgy. Reflecting on my practice of Kyivan Christianity is thus integral to making all of the other work in my life a praxis, and for that reason, I’ve been thankful to have this blog to hash things out.

Blogging indeed has been a process of discovery. Some of my colleagues say that I spend too much time on the blog, that I could be spending my time writing more consequential things. I can’t deny that I’ve sometimes felt that way; I’ve even just made the confession that there are only twenty-four hours in a day, and much of it is consumed by the necessities of everyday life. But to write is also to live. At least that’s what I told my friend a few months ago. I said that I don’t do the scholarly works of writing because I am trying to get promoted through the rungs of academia. I’m doing it to save my soul.

Writing, as the TA in a first-year undergraduate course on postmodern spaces said to our seminar, is the most unnatural act in the world. The guru that I depend on for my work on everyday life, Michel de Certeau SJ, has an unpublished volume in his set of books on The Practice of Everyday Life that is supposed to be about talking. For him, writing is also a difficult act, partly because in writing, I am translating my talk into text. Ta-Nehisi Coates says that if I am lucky, I’ll get 70% of what I had in my head and what I told my friends that I was going to write. But Certeau goes even further. At the end of his first volume on everyday life, he says that writing is the act of pushing back against what Freud and Jung – but really, Sabina Spielrein – described as a ‘death drive,’ a force that demands the return of organic life to an inanimate status. ‘It is to produce sentences with the lexicon of the mortal, in proximity to and even within the space of death,’ Certeau says. He continues:

It is to practice the relation between enjoying and manipulating, in the in-between space where a loss (a lapse) of the production of goods creates the possibility of an expectation (a belief) without appropriation but already grateful. Since Mallarmé, scriptural experience has deployed itself in the relation between the act of moving forward and the death-dealing soil on which its wandering leaves its track. In this respect, the writer is a dying man who is trying to speak. But in the death that his footsteps inscribe on a black (and not blank) page, he knows and he can express the desire that expects from the other the marvellous and ephemeral excess of surviving through an attention that it alters. (Certeau, The Practice of Everyday Life, p. 198).

This insight resounds with the heart of cultural geography, the scholarly discipline in which I was trained and that I still profess as a practitioner of Asian American studies. Culture, the theorist Raymond Williams points out, comes from the idea of cultivating, of turning the nature of a patch of land with plants growing every which way into a garden. Writing is the same way. I revisit my experience – my prayer, my studies, my everyday life – but instead of simply savoring them in my mind, I am giving a textual account of them: describing them, ordering them, substituting words where there perhaps were no words. This cultivation, moreover, happens in the full knowledge of the death drive, that what is not constantly cultivated falls into decay. And yet, I am writing, writing, writing. I write to save my soul from death.

I don’t think I could do without the blog, then. Consequential writing be damned, this is my place to process the raw experiences, to see what all this prayer and praxis has been about. My spiritual father told me recently that there is no such thing as spending too much time on this blog because this is where I am working things out. If I can’t get it out here, I’ll be stuck somewhere else too. The blog is therefore, as I’ve said from the beginning, a log on the web. I am logging my way through life.

My sense is that this is what Ai Weiwei did with his blog too. It’s a little funny, then, that after writing through his thoughts in his everyday life on a website that was run by the Chinese government, that same state had to shut him down. Certeau says that such acts cannot be classified as organized resistance. Instead, they are interruptions, masked jabs against an order that demands total conformity – ‘here order is tricked by an art,’ he proclaims (p. 26). Perhaps that’s where the power of a blog lies: not in authoritative pronouncements, but on the simple reflection of a life being lived. That life, we are reminded in mid-Pascha, is lived in a world whose death-drive is being transfigured by the risen Christ who has trampled death by death and to those in the tombs bestowing life. In him I live and move and have my being, and it is therefore from liturgical work that the works of writing flow.

And he gave us eternal life. We bow down before his third-day resurrection. 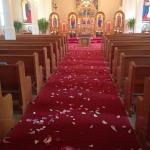 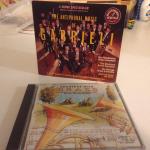 May 13, 2018 'The Lord is calling me to the trumpet' (Album Challenge #1)
Recent Comments
0 | Leave a Comment
"I can't believe you would consider the theological lightweight Kilby as a proper critique of ..."
antoniodec Fiat mihi secundum verbum tuum: on ..."
""Milbank criticizes Balthasar for being apolitical in his aesthetic reflections, and I can see how ..."
antoniodec Reading Sobrino on Óscar Romero and ..."
"the word is receptive, which has nothing passive about it but could be the most ..."
antoniodec Fiat mihi secundum verbum tuum: on ..."
"One can never "go home," not in this life."
billwald I’ve found my way home: on ..."
Browse Our Archives
Related posts from Eastern Catholic Person