Now he turns to witches with a second post , a third,  a fourth,   a fabulous fifth, a sixth, a seventh, and an eighth:

Ovid was a poet equal in skill and creativity to Vergil, but without his political acumen. His predator’s handbook, The Art of Love, and a dalliance with Augustus’ daughter eventually landed him in exile. Nevertheless, Ovid’s work survived, and with it, engaging new ways of portraying familiar “witches.” In this article, we will begin by examining two of the “witches” of his experimental epic Metamorphoses: Circe and the Sibyl of Cumae.

Metamorphoses is unusual as an epic in that it contains neither a central character nor a central plot. Instead, Ovid drew on the Hellenistic tradition of collecting myths and trying to put them into rough chronological order to create his own mythological history of the world; its primarytheme is the ubiquity of Change, metamorphosis.* This means that our familiar “witches” are back but with a distinctly Ovidian touch. Here, witches become purveyors of change.**

In the first place is the Odyssey’s Circe. Given that Circe is named by Hesiod as a daughter of Helios, the Sun, her tale comes surprisingly late in Metamorphoses. Ovid also chooses, in Vergil’s patriotic fashion, to situate this sorceress–seductress in the section devoted to the Roman founding father, Aeneas, rather than that describing the wily Greek, Odysseus. To add insult to injury, Circe’s tale is narrated by Achaemenides, a man supposedly left behind by Ulysses/Odysseus. Nonetheless, Ovid follows Homer’s Odyssey point for point, with one key exception. In Achaemenides’ account of the episode, Circe is given a coven of Nereids who assist her in collecting and processing her pharmaka. Ovid uses one of these lesser goddesses as a narrator to then place Greek Circe in his own Roman tale of mythic maleficium: Picus theWoodpecker.

Here, Circe plays a traditional witch, who lusts after the married King Picus of Latium.*** When he rides by her without so much as a salute, the witch uses her magic arts to delay him in the wood with apparitions. After chanting charms, she ambushes Picus and discloses her love to him, but he rejects her. Circe swears vengeance and calls forth all her incantations and powers to transform him into a woodpecker. When the king’s men come to put Circe to death for her spells, the witch defeats them in a scene that by now should be all too familiar:

Then Circe turned to prayers and incantations, and unknown prayers to unknown gods … She sprinkled round about her evil drugs and poisonous essences, and out of Erebus and Chaos called Night and the gods of Night and poured a prayer with long-drawn wailing cries to Hecate. The woods … leapt away, a groan came from the ground, the bushes blanched, the spattered sward was soaked with gouts of blood … dogs began to bark, black snakes swarmed on the soil and ghostly shapes of silent spirits floated through the air … she touched [the king’s men] with her poisonous wand … each took the magic form of some wild beast; none kept his proper shape.°

Though the incident above is adapted from Apollonius of Rhodes, Ovid is quick to add a decidedly Roman touch: the incantations. While drugs were the sine qua non of the Greek witch, the Romans inherited the Etruscan tradition, which made use of spells and lists of deities. In this way, Ovid re-makes Circe into a character more recognizable to his Roman audience, and one that would fall firmly under Augustus’ bans on witchcraft (that’s apparently what you get for daring to help Odysseus!). In her new Roman form, Circe also becomes an ideal purveyor of Change, the only constant in Ovid’s epic.

When it comes to the Sibyl of Cumae, Ovid keeps on the windy side of the law, toning down the darker aspects of Vergil’s portrayal. As a corner-stone of Roman state religion, Ovid makes hisSibyl a stately and unambiguously beneficent helper to Aeneas. Instead of dwelling on her rituals and incantations, he opts to tell the more sympathetic story of the Sibyl’s rejection of Apollo that dooms her to endless life without endless youth.°° The Sibyl is still a figure of Change, but one who records and experiences it rather than creating it.

When it comes to Medea, the final witch of the Metamorphoses, however, Ovid is not operating under any political constraints. This allows him to tell her story at such length that Ovid’s Medeawill require a post of her own.

**For the Witch as subverter of the status quo and agent of change see: Pam Grossman, Waking the Witch: Reflections on Women, Magic, and Power. New York: Gallery Books, 2019. pp. 8-9. 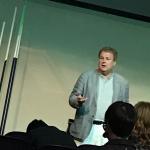 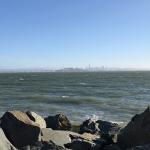 July 1, 2019 Berkeley is Beautiful
Browse Our Archives
get the latest updates from
Eidos
and the Patheos
Evangelical
Channel
POPULAR AT PATHEOS Evangelical
1