Now he turns to witches with a second post , a third,  a fourth, a fabulous fifth, a sixth, a seventh, an eighth, a ninth, a tenth,and now eleven:

The Julio-Claudian dynasty reigned in the Hellenistic style as “Sons of God” and “Saviors,”bringing order to the chaos of the Mediterranean world. As a part of that order, the Julio-Claudians suppressed destabilizing forces such as magic and divination. During the reign of Tiberius, and particularly under his successors, Gaius Caligula and Claudius, a sect within Second Temple Judaism began challenging the official line. Leaders of The Way, such as Simon/Peter and Saul/Paul, defiantly claimed that the true “Son of God” and “Savior” was an obscure backwater preacher by the name of Jesus of Nazareth, who had been executed for political agitation. As one proof of their claim, Peter and Paul didn’t outlaw witchcraft; they declared war on it.

Accounts of powerful confrontations between Peter and Paul and ancient practitioners of magic abound in the earliest organized account of The Way, Acts. It is significant that Acts does not show Peter and Paul forbidding magic so much as annihilating it with rival displays of power. Paul strikes the magus Bar-Jesus blind when he attempts to bar Paul’s access to the Roman proconsul, Sergius Paulus.* Peter has but to threaten the infamous occult figure, Simon Magus, with eternal damnation, and he crumples.** Where Augustus seized and burnt magical texts, new converts to The Way in Ephesus voluntarily burn their magic books, sparking a riot among devotees of Diana of Ephesus.***

Who, then, are the “witches” of Acts that would eventually merge with the Roman and Germanic witch–traditions to produce the Witch of European folklore?° Acts portrays Simon Magus as a grafter trying to buy the power of the Holy Spirit with money. Bar-Jesus is described as a false prophet and client/hanger-on of a Roman proconsul. The Ephesians who confessed to practicing magic and burned their magic books are city-dwellers who converted to Christianity during Paul’s stay in the city. The two remaining figures are a group of Jewish priests called the Seven Sons of Sceva, who misuse Jesus’ name during an exorcism and are violently beaten by the possessed, and a slave girl, whose masters sue Paul for damages when he exorcises a prophetic evil spirit from her.°° In short, the “witches” of Acts are a cross-section of the citizens of the Eastern Roman Empire. Some are victimizers, and some are oppressed themselves. Either way, Peter and Paul have no need to pass an imperial statute against them; they simply call on Jesus of Nazareth and strip the “witches” of their power.

Centuries would pass between the early years of The Way that became Christianity and the great Witch Trials of the Renaissance. Figures like Saint Anthony would declare war on the Devil and make their physical invasion of the Egyptian desert a spiritual invasion of Hell. Popes and theologians would wrestle with the link between witchcraft and heresy. As we end today’s discussion, it is sufficient to note the contrast between Peter and Paul’s calm assurance in the face of the “witches” of Acts and the fearful frenzy of their spiritual descendants. 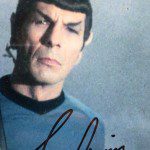 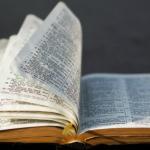 July 29, 2019 Beware the Argument from What Isn’t There in Literature
Browse Our Archives
get the latest from
Eidos
Sign up for our newsletter
POPULAR AT PATHEOS Evangelical
1

Are you afraid?
It is hard not to fear for the future in these troubled...
view all Evangelical blogs
Copyright 2008-2020, Patheos. All rights reserved.