Now he turns to witches with a second post , a third,  a fourth, a fabulous fifth, a sixth, a seventh, an eighth, a ninth,  a tenth and now an eleventh:

The Augustan authors (Horace, Vergil, and Ovid) offered a range of literary witches, both fair and foul, that suited the needs of Rome’s first emperor. As the Julio-Claudian Dynasty quickly descended into tyranny and madness, the literary witch followed. Nero’s taste-maker, Lucan, provides us with a witch that would make his forerunner Maecenas proud. In contrast to the great Maecenas, however, Lucan was not interested in producing Imperial propaganda. His epic, Pharsalia, and its witch, Erichtho,* are bitter indictments of the regime: the opening salvo of a failed assassination plot which cost Lucan and his famous uncle, Seneca, their lives.**

Lucan’s Pharsalia has posed an interpretive problem since its publication.*** As befitting a poem about civil war (the war between Julius Caesar and Pompey), the language is tortured and often counter-intuitive. It fixates on the mangled bodies of the soldiers that mirror Rome’s mangled body politic. Lucan frequently interrupts the action to castigate his historical characters, Caesar, Cato, and Pompey.° Even the introduction, with its seeming praise of the emperor Nero, can be read as a backwards insult.°° Many modern scholars consider the book an anti-epic meant as a resounding rebuttal of the Aeneid, Vergil’s epic eulogy to the Julio-Claudians.°°° Into this context steps one of ancient literature’s most sinister witches, Erichtho.

Erichtho, who appears in Book VI, is a sort of anti-Sibyl who consults the dead on behalf of Pompey’s cowardly son.◊ Indeed, Sextus’ frantic desire to know the future before an important battle is more analogous to the episode of Saul and the Witch of Endor in I Samuel than any of the Greco-Roman witches we have considered. Going far beyond the sparse account in I Samuel, however, Lucan’s Erichtho desecrates the dead. She bites the faces off dead bodies and procures their tongues (when she isn’t copulating with them). In order to practice her necromancy, she requires the dead body of a soldier, which she temporarily reanimates as a mouth-piece for its departed soul. Rather than reveal the glories of Rome to come, as in the case of Vergil’s Sybil, Erichtho can only forecast the doom of Pompey, and with him the death of the republican government. The scene, as written, is riveting, making Erichtho perhaps the most immediately compelling ancient witch, but the part she plays in the larger work is one of disorder and unalleviated nihilism. This is the witch as destroyer, an agent of darkness without sympathy or redeeming value. Though the Malleus Maleficarum lay over a thousand years in the future, Lucan’s Erichtho presented Europe with a witch it could unreservedly hate.◊◊

August 2, 2019
On a Minimum Wage, Prudence, and Justice
Next Post 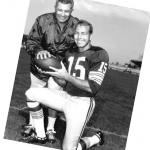 August 4, 2019 What will I give up? (The High Cost of Certain Forms of Materialism)
Browse Our Archives
Related posts from Eidos